Is China’s divorce surge an impulse or extrication 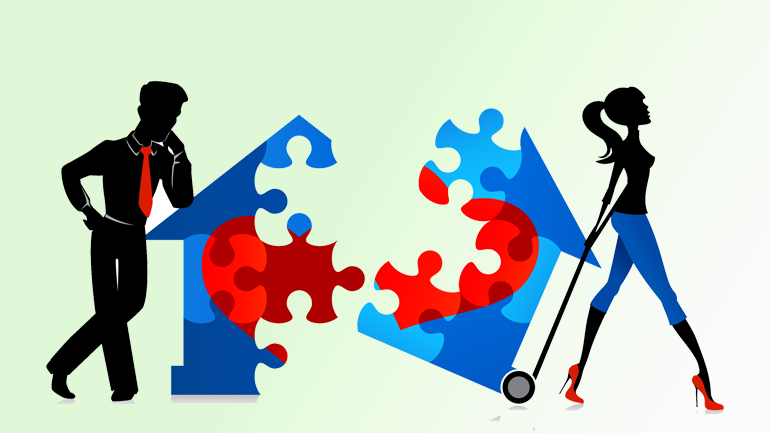 Li An is living happily with his wife again, one year after they applied for divorce following endless quarrels such as who should change the diaper.

Last year, Li, 28, became dad, but arrival of the baby brought with it many problems, and the couple found themselves always fighting over nothing.

At a civil affairs bureau in Dali Bai autonomous prefecture in Southwest China's Yunnan province, a member of staff would not, as they expected, grant them a divorce, but simply handed them a reservation form and told them to come back the next week if they still wanted to go ahead.

"The seven days are a grace period," said Wang Zhaowei, head of Dali civil affairs bureau. "Many couples, especially the young, rush irrationally into decisions. They will probably change their mind after they calm down."

The divorce rate is rising rapidly. In 2014, 3.6 million Chinese couples broke up, almost double the number from a decade previously. In the past, couples required permission from employers or community committees to divorce, and many put up with their spouses just to avoid public embarrassment.

A 2003 regulation on marriage and divorce simplified the divorce procedure and allowed couples to divorce the same day at a cost of 10 yuan (1.53 dollars).

Reservations and appointments began in Dali on Feb 1, 2015. By the end of last year, 9,571 couples made reservations, but 4,531 of them, 47 percent, did not end up in divorce. In many other cities, similar reservation systems are in place.

These measures are not without their critics. "It is not proper for governments to put obstacles in front of people wanting a divorce, because Chinese citizens enjoy freedom of marriage," said Nie Aiping of Jiangxi Academy of Social Sciences. He suggests that interventions should be conducted by an impartial organization.

Liu Min in East China's Anhui province has been a divorce attorney for years. She believes that not all broken marriages can be repaired, because the causes of divorce vary.

"In the past people wanted to divorce mostly because of domestic violence and affairs, now it is increasingly common among young couples to separate after trivial disputes or interference of their parents," she said.

Most people born in the 1980s and 1990s are only children whose parents tend to interfere too much in their lives, Liu said. What's more, unlike their parents, they attach more importance to individuality and the quality of life.

For the couples careering into divorce without careful forethought, marriage guidance offices have been set up next to registry offices in Beijing, Chongqing, Shanghai and other provinces. Psychologists are available.

The registrars who handle dissolutions in Anhui province have been trained to tell whether a marriage can be saved or not, according to their statement and emotional state, according to Gao Jiamei of Anhui Provincial Civil Affairs Department.

A local government in the provincial capital Hefei has invited professional counselors to work alongside registrars. They help couples calm down and think over their relations, establishing a sense of responsibility leading to a rational choice.

"Most couples eager to get divorced choose to postpone their decision after consulting," said Wang Wenjing, secretary-general of Hefei marriage counselors' association.

But marriage is, after all, deeply personal. To divorce or not, the choice finally lies with the couple themselves.

Yang Jing, a native of Wuhu city in Anhui, has been married for five years and has a three-year-old son. She insisted on divorce because she did not have a say in her own family life — her husband's parents lived with them and decided everything for them. She talked with her husband several times, to no avail.

"Others may see me as crazy for divorcing a husband who has made no big mistakes," she said. "But I don't want to make do with marriage like this for the rest of my life."

0 responses on "Is China's divorce surge an impulse or extrication"