5 things not to miss in Hangzhou

Beijing, Shanghai, Yangtze River. These well-known Chinese destinations are familiar to the seasoned traveler, but Hangzhou? Not so much. This eastern metropolis is rich in history and culture spanning more than 2,000 years, yet it stands in the shadow of its better-known siblings. What sets Hangzhou apart from other Chinese cities is not only its beauty but its tranquility, a characteristic that stands in sharp contrast to other, more frantically paced, parts of the country.

Despite its low profile, Hangzhou has begun to get some buzz (it was one of 50 destinations we highlighted as the best places to visit in 2016), in part because it's been selected to host the G-20 Summit later this year. For travelers visiting the scenic city for the first time, here are five experiences that should not be missed:

Boating on the Grand Canal 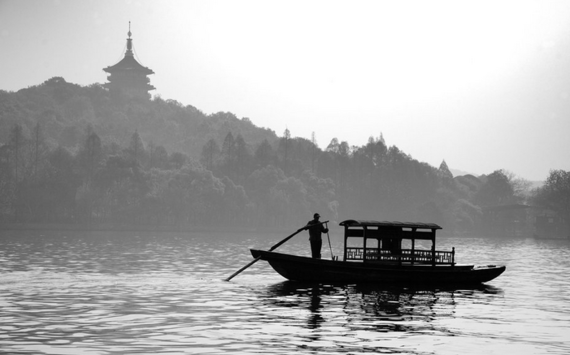 The world's oldest and longest canal, the Grand Canal begins in Hangzhou and ends in Beijing, extending 1,200 miles between two of China's most magnificent cities. It's nearly 1,400 years old and is a beautiful, yet intricate marvel of engineering. It was created under the direction of Emperor Yang of the Sui dynasty as a way to transfer rice from the fertile Yangtze region to the masses in the north. In Hangzhou, the canal's southern tip, visitors can take a boat ride through China's changing landscape, watching stone bridges and beautiful pagodas make way for the factories and apartment buildings and other signposts of everyday life that line the banks.

Walking in the West Lake region

The West Lake, a UNESCO World Heritage site, is famous for its boat rides and the majestic "Impression West Lake" a light, music, dance, and theater production that literally takes place on the water (produced by the famed Zhang Yimou, who created the opening and closing ceremonies at the 2008 Summer Olympics in Beijing). But the walking and hiking trails that abound in this picturesque area are equally worth exploring. Wander around under ornate stone bridges, ancient temples, and massive pagodas and you'll find solace away from the crowds. One of the prettiest walks is along the causeway connecting Broken Bridge with Solitary Hill. Created during the Tang Dynasty by Bai Juyi, governor of Hangzhou, the path is lined with hundreds of willow trees, making it a tranquil, easy-to-follow trail. 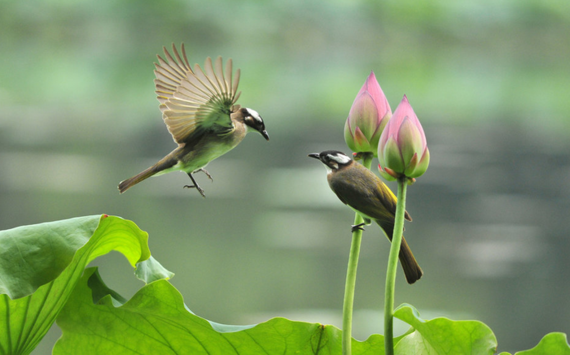 This expansive wetland dates back 4,000 years, and was made a national park in 2005, in part to protect its fragile ecosystem. Located in the northwest of Hangzhou, Xixi crosses six waterways and spans over 2,500 acres; 70% of which is covered by water. A boat ride along Xixi is an opportunity to see wild geese, pheasants, and egrets, along with local flora such as plum, willow, bamboo, hibiscus, and persimmon trees. There are ten scenic spots within the park; the Lotus Flower Eco-Reserve Area is the best place for bird-watching while Plum Village is a blanket of plum trees–a must-see when they're in bloom. In June, the wetland is the site of one of the largest dragon boat festivals in China.

Koi ponds, stone bridges, a bamboo forest, and, of course, China's beloved lotus flower can be seen along the trails that crisscross these lush gardens. A day spent here is one of relaxation and leisure throughout the year. In the summer the hammock forest is in full swing; the Yulan trees are the signal that spring has begun. Autumn brings the fragrant osmanthus, and the piney woods line the horizon in winter. The showstopper is Lingfeng Hill, where more than 5,000 plum trees stand upright in a roseate blaze.

China has a long tradition of calligraphy, dating back to ancient times. And the best place to learn the art is at Hangzhou's Xiling Seal Engraver's Society, which was founded in 1904. This group is world-known for its epigraphy, calligraphy, and painting on bronze and stone tablets. Visitors are given tools and taught how to engrave their own symbol on a stone seal.

0 responses on "5 things not to miss in Hangzhou"