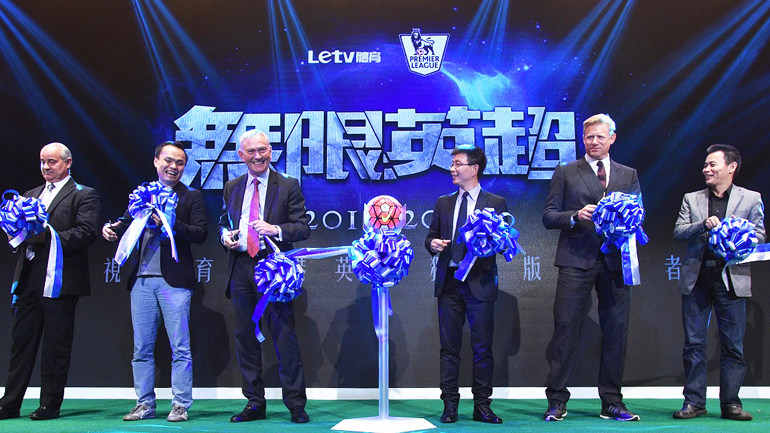 A huge bet by Li Ruigang, a Chinese tycoon, on Chinese Super League football broadcast rights appears to have paid off after the broadcast company he heads resold a portion of them this week at an apparent profit.

Mr Li's China Media Capital and subsidiary Ti'ao Dongli were widely thought to have paid far over the odds in their Rmb8bn purchase of the five-year broadcast rights to China's most prestigious football league last October. The deal is made up of Rmb2bn for the first two years and Rmb6bn for the next three, according to CMC.

But on Tuesday LeEco, the upstart online video company with a number of hit shows on its LeTV platform, announced it had paid Rmb2.7bn for the first two years, demonstrating that faith in Chinese football continues to grow at the heart of the business establishment.

The confluence of money, politics and sport has for the time being created a virtuous cycle of rapidly escalating value across the industry. Chinese clubs have been racing to snap up top players from Europe and Latin America to attract fans and win games.

"You have to give a lot of credit to Ti'ao Dongli and CMC, whose massive cash injection into club coffers has sparked much of the spending spree," said Mark Dreyer, who runs Chinasportsinsider.com, a sports blog. Lei Zhen Jian, chief executive of LeTV's sports broadcasting arm, said: "The CSL has great potential and this will aim to amplify the effect of the CSL."

However, Cameron Wilson, founding editor of Wild East Football blog, said "the key here is how much of this TV rights money actually ends up with the clubs".

LeTV is primarily an online video portal that also produces a dedicated line of smart TVs and smartphones which stream its broadcasts. At a press conference on Tuesday the company was vague on its plans to recoup its investment, saying only that it planned to charge viewers. "Paid content is the future of high-quality sports programming," said Yu Hang, vice-president of strategic co-operation.

LeTV Sports broadcasts about 4,000 events every year, but until now has lacked the rights to any of the most prestigious games. Last year it failed in its bid to acquire the Super League rights because it lacked enough production experience.

Mr Li says his bet on football will pay off. The figure CMC paid for the rights in October took industry insiders by surprise, given that TV rights for the 2015 season cost only Rmb80m. Mr Li bid more than twice what the runner-up bidders offered.

"The only question anyone was asking," said Mr Dreyer, "was how on earth can they expect to make money from this? Just a few months later it seems they are well on course to doing so."