Mongolia's Mongke Tengri, an unlikely adventure camp set among the country's seemingly limitless expanses, sits 200 miles west of Ulaanbaatar. Starting last summer, for the first time in Mongke Tengri's 20-year history, the resort opened its guest list beyond owner Christopher Giercke's social circle, to both individual travelers and groups who would book up the camp exclusively. From spending entire days riding on stocky Mongolian ponies to trekking to the Tuvkhun monastery, a vacation to this luxury camp takes travelers far beyond the boundaries of convention.

At the Orkhon valley's heart sits Christopher Giercke's camp: a cluster of round tents, or gers, on the bright-green steppe, like mushrooms that had popped up after rain. Mongke Tengri is a supremely comfortable adventure camp with none of the usual luxury reference points (Frette linens, espresso makers, indemnity forms). But it does offer one thing every sophisticated traveler craves: an experience that is utterly unrepeatable anywhere else on the planet.

The camp is made up of 40 immaculately styled, felt-walled gers, their interior latticework held together by small knots of camel leather. There is handmade wooden furniture painted in luminous oranges and turquoises, along with pine floors covered with pretty rugs of felted sheep wool, bathrooms with sinks set atop colorful wooden washstands, and elegant wardrobes for more clothes than anyone would think to bring. 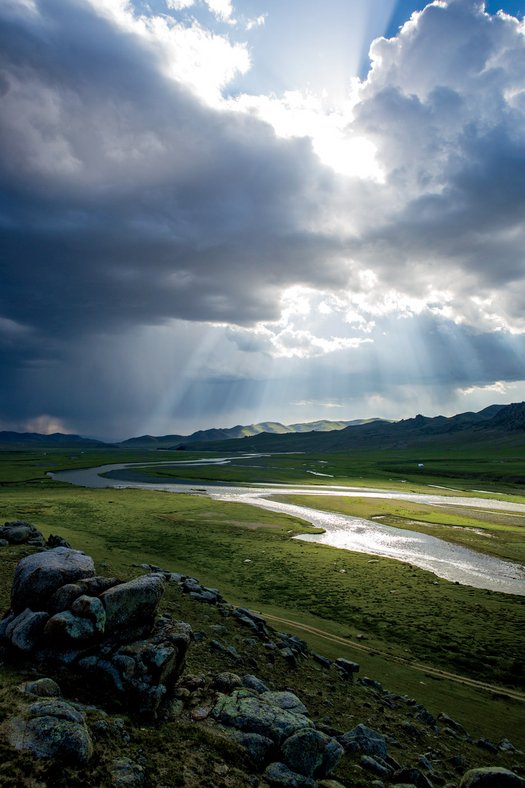 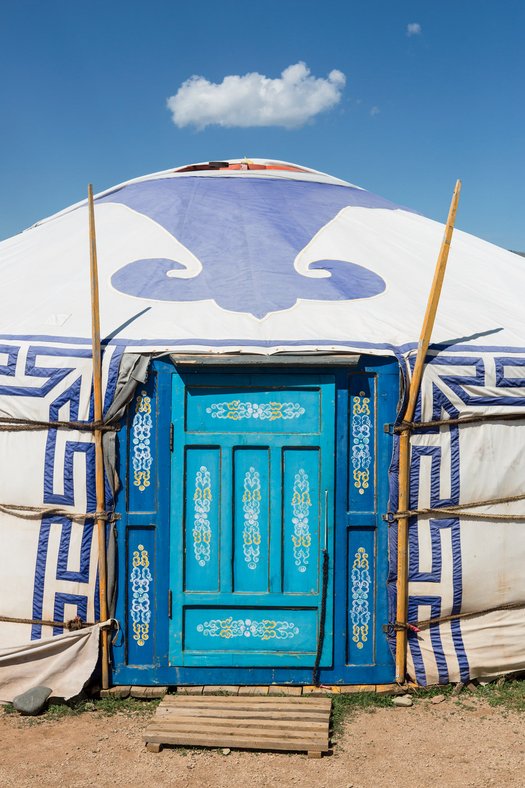 "Our gers are a little more exuberant than others you'll find on the steppe," Giercke said with his usual understatement. "A nomad looks for a practical size. We have gone down the aristocratic line." Hermès blankets are scattered in generous profusion.

Owner Christopher Giercke is German, though by now only nominally so. In 1993, he fell in love with a young Mongolian woman named Enkhtsetseg Sanjaardorj and married her two years later. Now, he spends most of the year in Kathmandu. From June to October, he relocates from Nepal to Mongke Tengri on the Mongolian steppe, traveling lightly between the two with a beat-up canvas-and-leather tote. 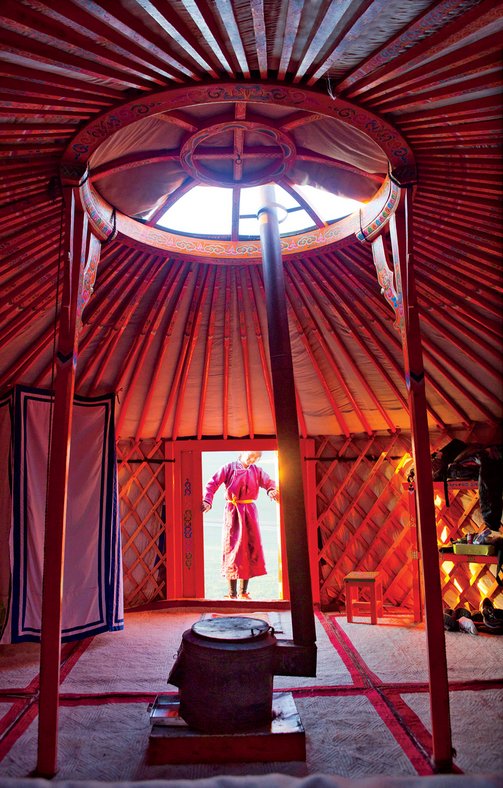 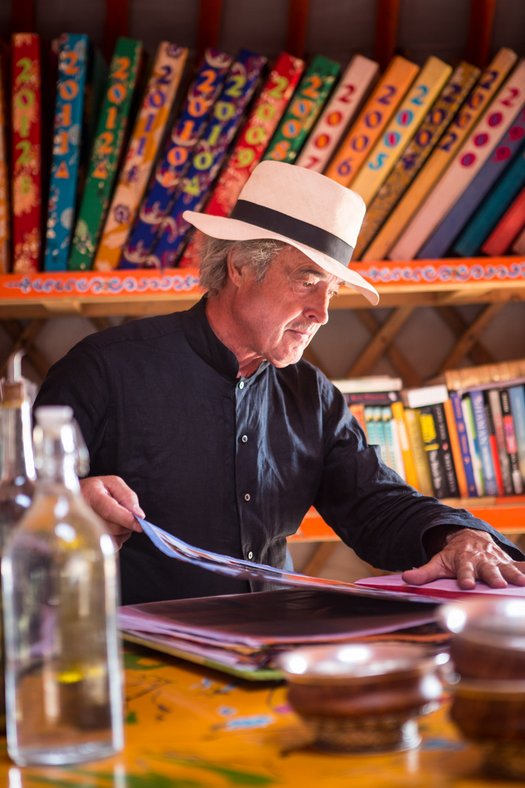 A five-hour drive from Ulaanbaatar, the trip to Mongke Tengri includes a stop at the ruins of Karakorum. Once past the ruins, and into the valley, lies a wide plateau cupped by mountains fringed in willow, larch, and pine.

Even as he courts a well-off clientele—guests pay upwards of $500 a night—it's clear Giercke will never be a commercial animal. Wearing Giercke's cashmere is the closest approximation to being dressed in clouds. 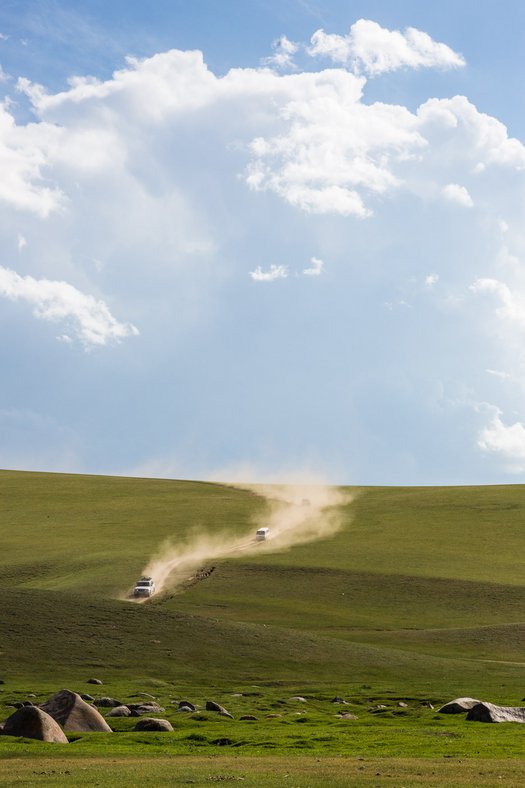 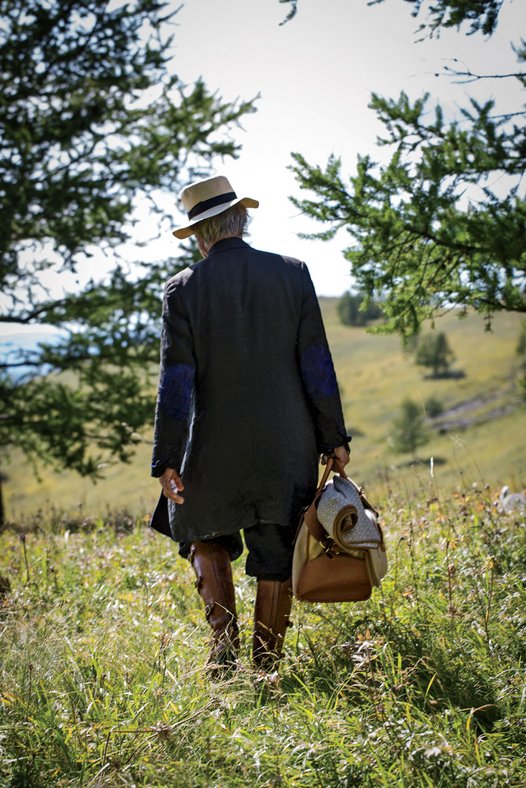 Camp manager Ang Tshering Lama (pictured), matches guests' luggage to the right and Giercke- chosen ger. "It will be so much easier when I can run this place like a normal camp," Ang whispered to writer Sophy Roberts. "Never!" Giercke declared, eyes glittering with mischief. "I don't want to attract normal people!" 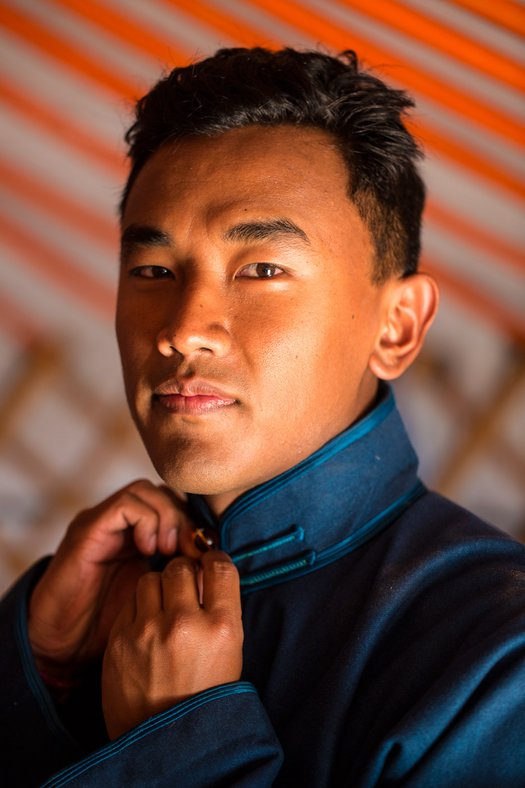 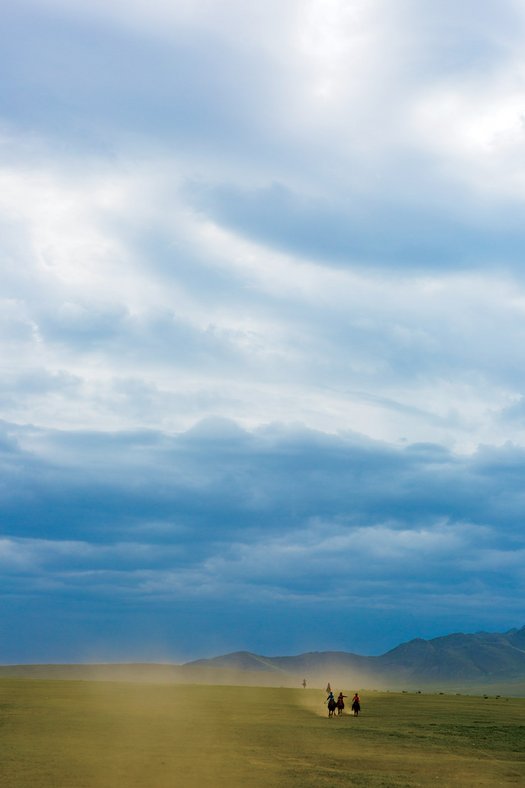 Gain enough confidence on horseback to gallop for up to 20 minutes on open ground, thanks to the tutelage of Shiva—the "bone-setter," as owner Giercke calls him, since he helps with the aftermath of riding accidents. 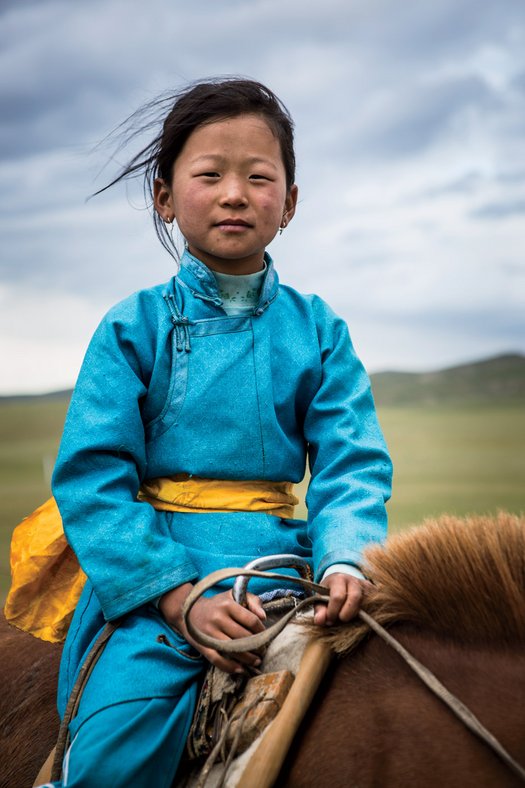 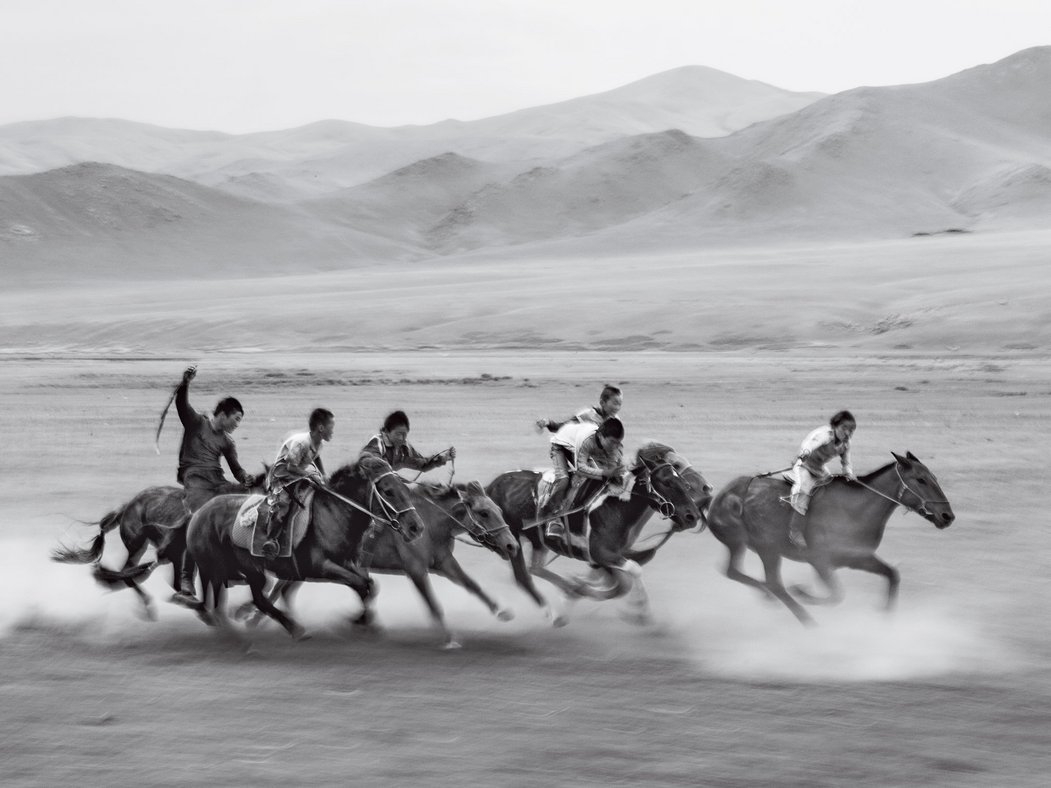 Each evening, an attendant in a silk del—the traditional Mongolian overcoat—comes to light the iron stove before guests turn in for the night; hot-water bottles warm the bed sheets. In the mornings, she returns with more firewood to re­ignite the embers, along with organic Himalayan coffee.

The camp's chef leads the staff in cooking traditional Mongolian cuisine. Dinners—roasted lamb one night, spicy braised goat's intestine the next—are accompanied by French wines served in silver tumblers. One night the staff prepared goat bodok, a Mongol specialty in which a whole animal is disemboweled through the neck, stuffed with hot rocks, and cooked for hours from the inside out. I got the shoulder bone; considered lucky, it was also delicious. 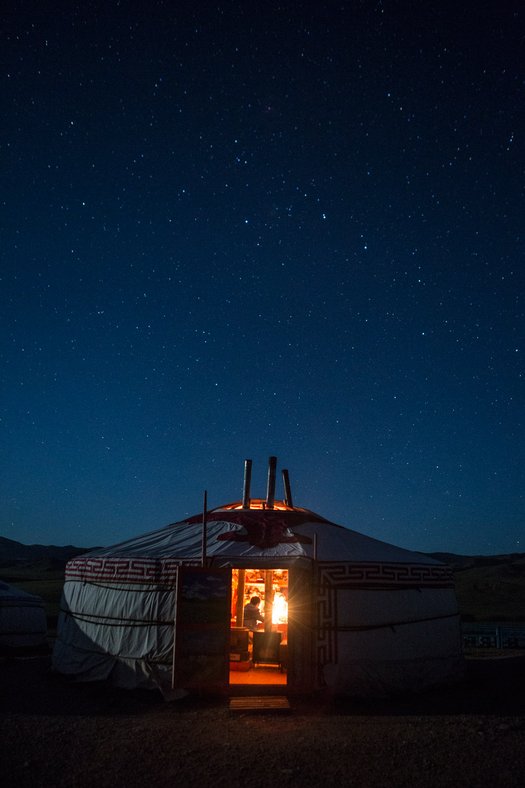 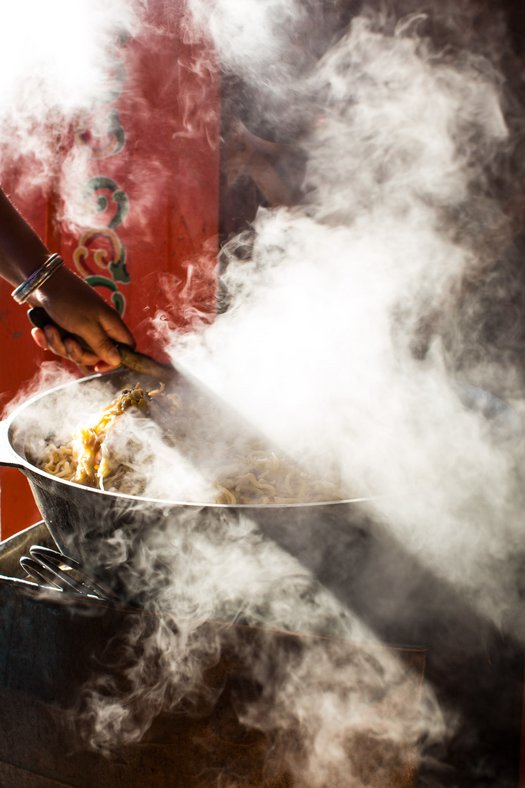 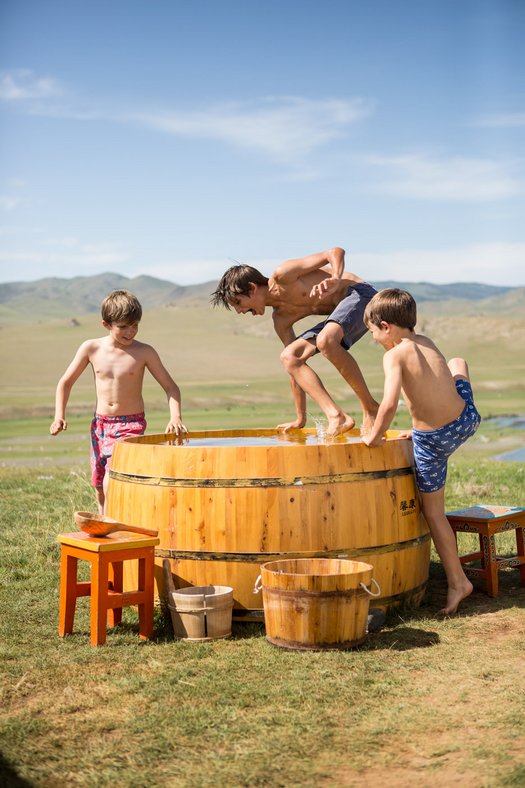 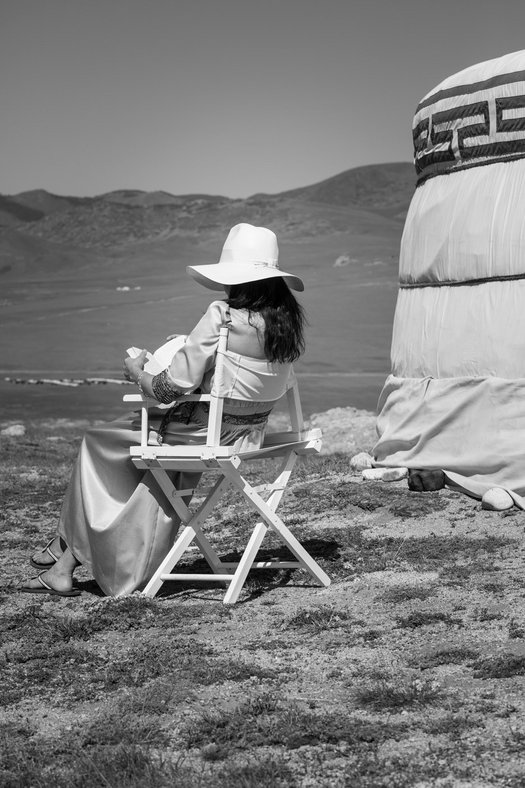 Take long, luxuriant soaks in Mongke Tengri's bath ger, outfitted with a wood-burner and a pair of high-sided wooden tubs that Giercke had imported from Japan or try the outdoor cold soaking tub.

Mongke Tengri is available for bookings between June 15 and October 15; rates start at $500 per night for adults and $200 for children ages 3 to 12, including all meals and activities and round-trip 4WD transfers from Ulaanbaatar. For further information, visit mongke-tengri.com; for booking inquiries, e-mail Sean Nelson at Nelson Expeditions in the U.K..