Your astrology for Year of the Monkey 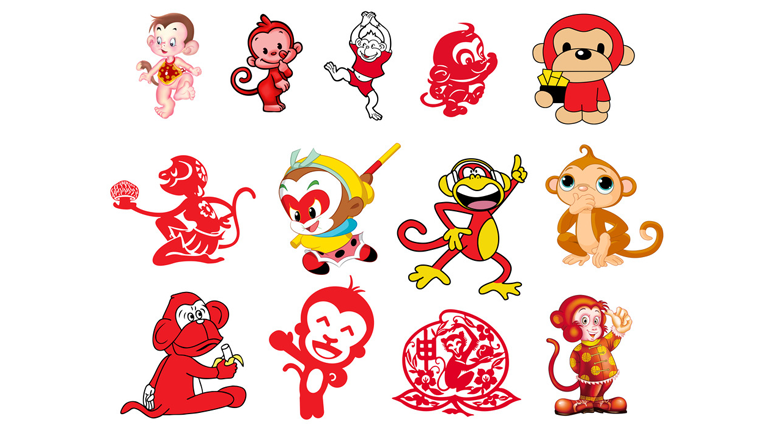 Occupying the 9th position on the Chinese Zodiac, the Monkey possesses such character traits as curiosity, mischievousness, and cleverness. Forever playful, Monkeys are the masters of practical jokes. Even though their intentions are always good, this desire to be a prankster has a tendency to create ill will and hurt feelings.

Although they are inherently intellectual and creative, Monkeys at times have trouble exhibiting these qualities. When that happens, they appear to others to be confused. But nothing could be further from the truth as Monkeys thrive on being challenged. Monkeys prefer urban life to rural, and their favorite pastime is people-watching.

Believing that being sick is a waste of a valuable day, Monkeys very rarely feel ill. Their constantly active lifestyles are likely what helps Monkeys remain in good health. When Monkeys do become ill, such feelings are generally the result of feeling nervous.

When it comes to work, Monkeys can do just about anything. They adapt well to changing environments and they're very intelligent. They work quickly, but they'll frequently charge double for their services. Good career fields for Monkeys are accounting and banking. Other good careers for Monkeys include: scientist, engineer, stock market trader, air traffic controller, dealer, film director, jeweler and sales representative.

When it comes to relationships, Monkeys aren't quick to settle down. In fact, they generally are promiscuous; a tendency that probably has to do with the fact that Monkeys are easily bored. Monkeys will end this type of behavior once they pair up with the perfect partner. In fact, more often than not, they'll commit to that person in every way for life.

Monkeys and the 5 elements

Metal Monkeys are determined and ambitious individuals and as a result, they're often successful. Although they're considered warm-hearted and very likeable, their preference in life is to be alone. Metal Monkeys are loyal to both their employers and their partners.

Water Monkeys are extremely sensitive and often feel hurt by the things that are said to them. They refuse to show their sensitive side to others and as a result, are extreme jokesters. If they can stay focused, they can succeed, but more often than not, they're easily distracted from their goals.

The Wood Monkey's exceptional communication skills enable them to interact well with others. They're hard workers who have a keen understanding of the way things operate.

Full of strength and determination, Fire Monkeys are excellent at not only setting goals, but in meeting them as well. Others enjoy being in the company of Fire Monkeys, even though these Monkeys want the upper hand in every situation.

Always the community activists, Earth Monkeys have an inherent desire to live life the “right” way. They're very dependable and they take their work and their relationships seriously. In fact, they put forth 100% effort in everything they do. In return, Earth Monkeys expect respect from others.

0 responses on "Your astrology for Year of the Monkey"