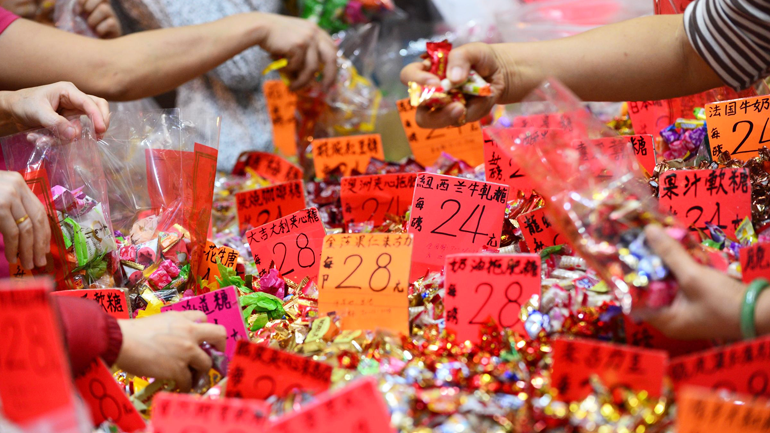 China's central bank is pouring cash into the financial system to make sure the ATM machines don't run dry during the early February Lunar New Year holiday. That's left retailers hoping that consumers will bust out their bank cards and spend away in spite of the darkening economic clouds on the horizon.

"We hope sales will be better this Lunar New Year," said a marketing official with Fun² Shopping Mall in the southern city of Shenzhen who gave her surname as Chen. "But we suspect they'll be pretty much the same as last year."

In a bid to boost sales of clothing, shoes and food items, the 90-store Fun² mall operated by state-owned China Resources Ltd. is offering discounts and reducing the minimum amount that customers must spend for a free gift to 100 yuan from last year's 188 yuan.

Retail sales in China have been a rare bright spot as annual growth downshifts to 6.9%, its slowest pace in 25 years, and manufacturing and real estate investment slump. But economists expect consumption to slow this year as layoffs increase and demand weakens. In December, retail sales growth edged down to 11.1% year on year from 11.2% in November.

Gao Jie, a 34-year old salesman working in Beijing, said he expects to spend 10,000 yuan welcoming in the Year of the Monkey, about the same as last year. Roughly one-third will be spent on restaurants and special food in his hometown in Hebei province. Some people this time of year try and avoid situations where they'll have to spend, which helps their wallet, if not the economy. Migrant worker Li Li, age 32, decided not to go home to central Hubei province last October after losing his job "so I won't have to hand out all the hongbao at Lunar New Year," he said.

Others tell their parents they're busy in order to minimize the time at home with its obligatory cash outflows. There's even a term for those who dread going home for the holidays either because they'll spend too much, expect a grilling on their marital plans or face other anxieties; they're known as the kongguizu, or "those who fear returning home."

In a bid to keep enough cash rolling through the economy, the central bank has injected some 1.5 trillion yuan into the banking system in recent weeks, with more expected before this year's February 7-13 holiday.