Certain dishes are eaten during the Chinese New Year for their symbolic meaning. Lucky food is served during the 16-day festival season, especially New Year's Eve, which is believed to bring good luck for the coming year. The auspicious symbolism of these foods is based on their pronunciations or appearance. 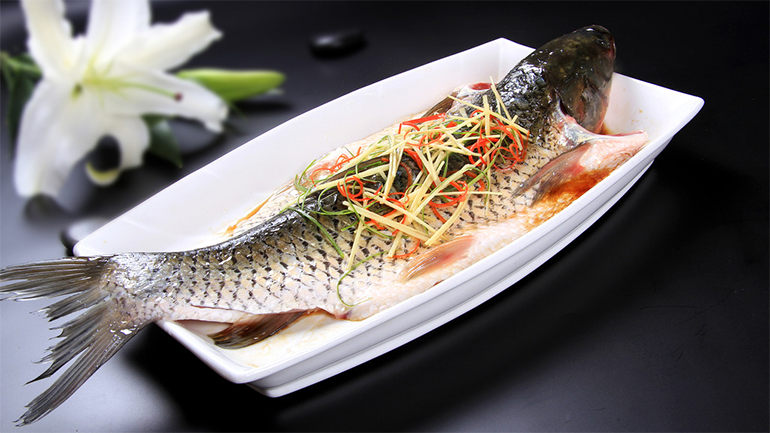 年年有余 (Niánnián yǒu yú): May you always have more than you need! 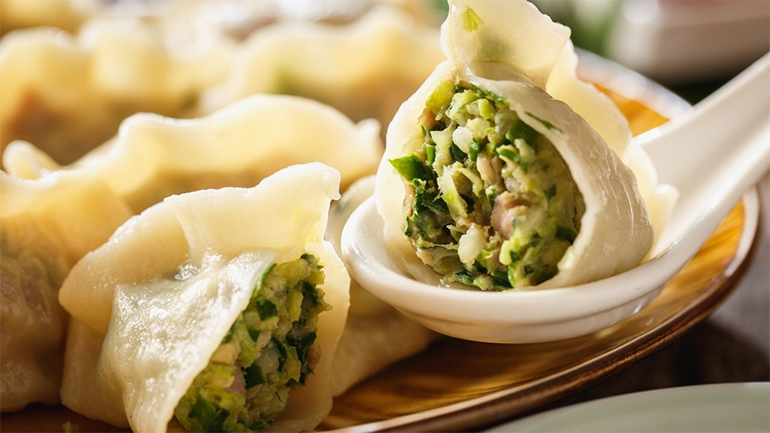 With a history of more than 1,800 years, dumplings are a classic Chinese food, and a traditional dish eaten on Chinese New Year's Eve, widely popular in China, especially in North China.

招财进宝 (Zhāo cái jìn bǎo): 'Bringing in wealth and treasure' — a felicitous wish for making money and amassing a fortune. 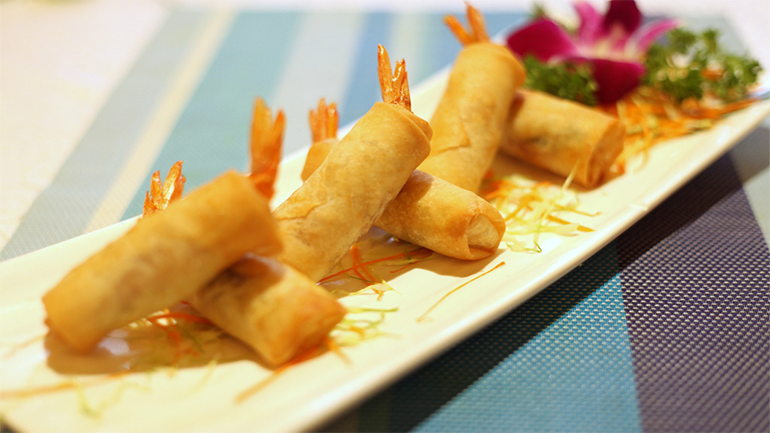 Spring rolls get their name because they are traditionally eaten during the Spring Festival. 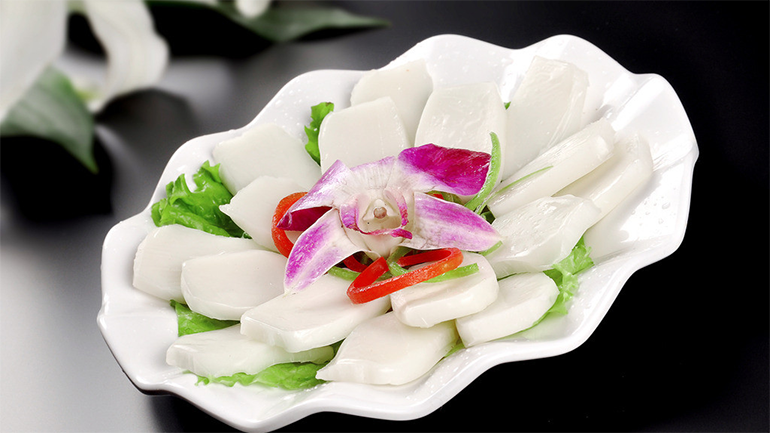 In Chinese, niangao sounds like it means "'getting higher year on year"'. In Chinese people's minds, this means the higher you are the more prosperous your business is a general improvement in life. The main ingredients of niangao are sticky rice, sugar, chestnuts, Chinese dates and lotus leaves. 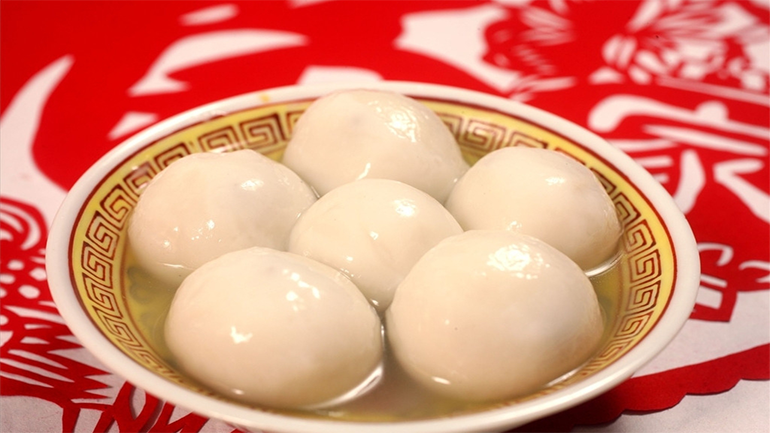 Tangyuan is the main food for China's Lantern Festival, however, in south China, people eat them throughout the Spring Festival. The pronunciation and round shape of tangyuan are associated with reunion and being together. That's why they are favored by the Chinese during the New Year celebrations. 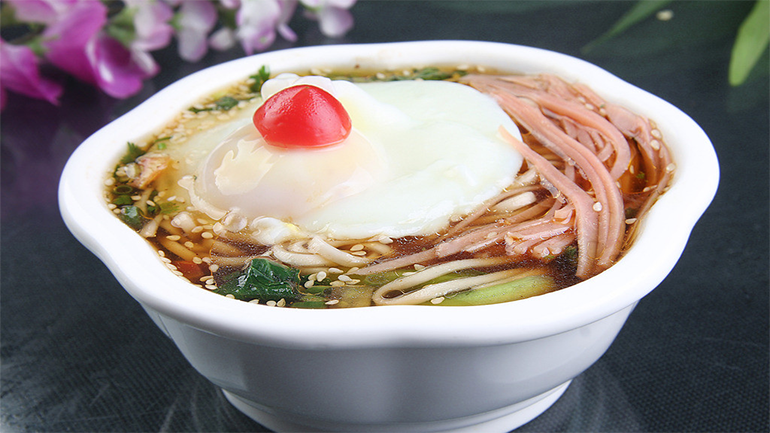 Longevity noodles unsurprisingly symbolize a wish for longevity. They are longer than normal noodles and uncut, either fried and served on a plate, or boiled and served in a bowl with their broth. 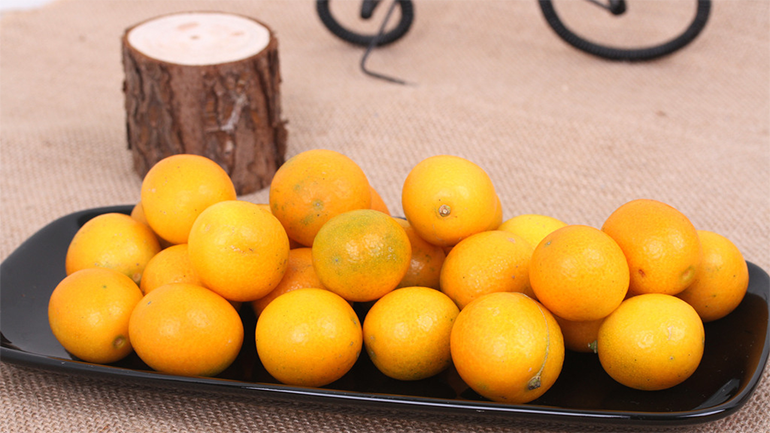 Certain fruits are eaten during the Chinese New Year period, such as tangerines and oranges, and pomeloes. They are selected as they are particularly round and "golden" in color, symbolizing fullness and wealth, but more obviously for the lucky sound they bring when spoken.

Eating and displaying tangerines and oranges is believed to bring good luck and fortune due to their pronunciation, and even writing. The Chinese for orange (and tangerine) is 橙 (chéng), which sounds the same as the Chinese for 'success' (成). One of the ways of writing tangerine (桔 jú) contains the Chinese character for luck (吉 jí).

Eating pomeloes/shaddocks is thought to bring continuous prosperity. The more you eat, the more wealth it will bring, as the traditional saying goes. The Chinese for pomelo (柚 yòu) sounds like 'to have' (有 yǒu), except for the tone, and exactly like 'again' (又 yòu). 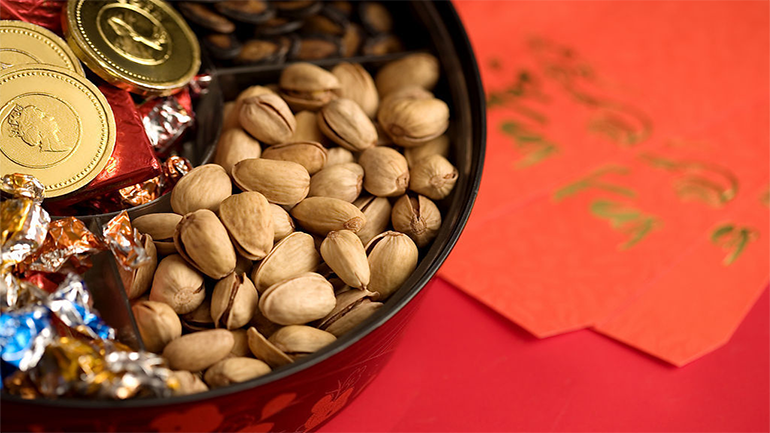