Why is “福” turned upside-down in Chinese Spring Festival? 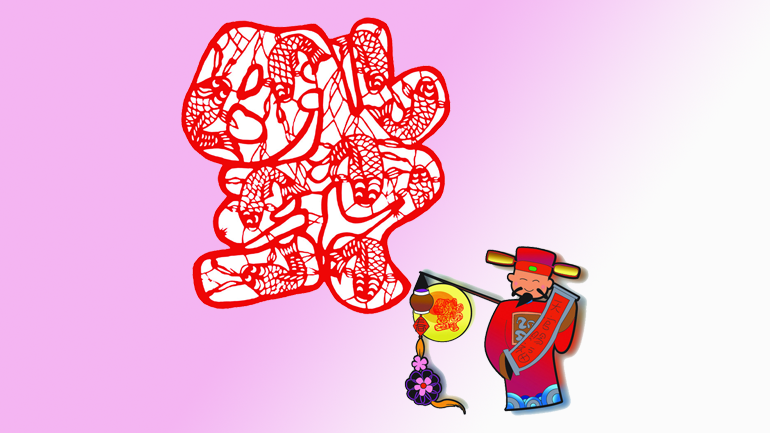 Chinese New Year is the biggest holiday in Mainland China. Homes, stores and streets are hung with traditional lanterns, poems and other traditional decorations. One that confounded me when I first arrived was a symbol, a Mandarin character, that was purposely hung upside-down on doors. What was the meaning of this? There are two parts to the answer:

The first part has to do with the characters themselves. After you've been in China for a while you get used to the Chinese characters – or at least you get used to not being able to read them. You might take up studying some Chinese and then suddenly you'll be all excited when you recognize the word for mountain (shan or 山) or east (dong or 东).

That thrill of being able to read something – even if it's just one character out of a dozen in a shop's sign, is rather exciting.

The second part has to do with the language as it relates to the culture. Chinese speakers use a lot of puns and homophones and the words or the meanings of the words are used to represent a different idea. This is confusing. Here is an example of a homophone and how it's used to illustrate meaning and culture:

Chinese tables at Chinese New Year are laden with fish dishes, fish lanterns and other decorations hang throughout the country during the week-long holiday.

And the Upside-Down Character? 颠倒的汉字？

0 responses on "Why is "福" turned upside-down in Chinese Spring Festival?"