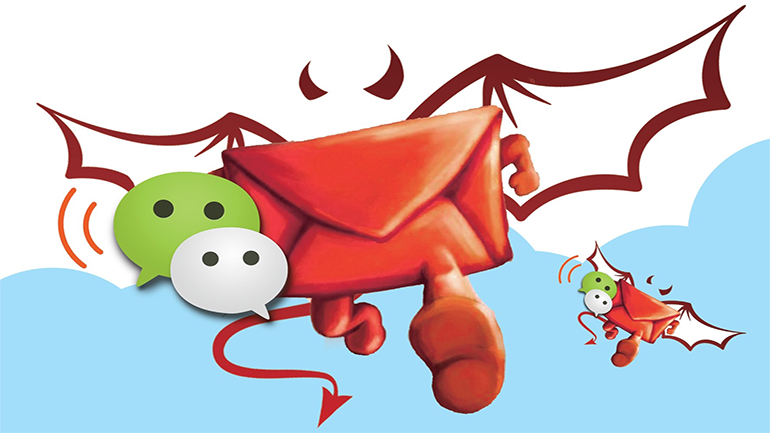 China's popular mobile networking app WeChat on Wednesday denied that a new function of the app will lead to spread of pornographic content, after a police account on Sina Weibo warned of possible pornographic activities as WeChat plans to allow users to charge a "fee" for people to view their personal photos.

"It's not true that the new function will trigger the spread of pornographic information," the operating team of WeChat said in an article posted on their official WeChat account on Wednesday.

WeChat Tuesday night launched a test run of its new function which allows users to post a blurred personal picture on their account and charge their friends a small amount of fee, such as one yuan ($0.15), if they want to view a clear version of the picture.

The function will be officially launched on February 7, the eve of the Chinese New Year, resonating a Chinese tradition in which people send relatives and friends "lucky money" to celebrate the coming new year.

The test run has attracted the attention of the public security bureau in Xi'an, Shaanxi Province, which warned that spreading pornographic content for profit is considered illegal, according to its Sina Weibo account Tuesday night.

"Whoever, for the purpose of profit, produces, duplicates, publishes, sells or disseminates pornographic materials shall be sentenced to a fixed length of imprisonment," read the police post.

WeChat on Wednesday said it had a strict review system for pornographic information, with the use of both technology and human assistance.

"Simply speaking, your WeChat friends remain the same and the spread of any pornographic material will not see a significant rise due to the introduction of the new function," WeChat said.

0 responses on "WeChat refutes doubts over spread of pornographic info"