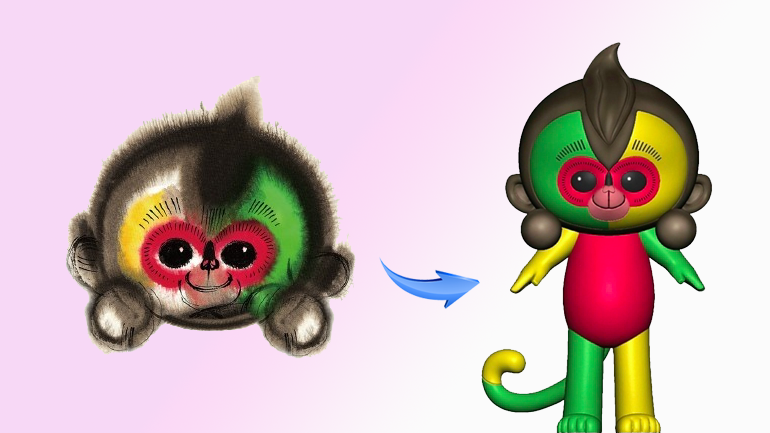 Since 1983 the annual Spring Festival Gala hosted by China Central Television has always been an important part of the Chinese Lunar New Year celebration – no wonder every move organizers make becomes the center of attention.

On Thursday it published its mascot for 2016, the Year of the Monkey, and instantly it became a hit on the Internet; unfortunately some people deemed it "very ugly".

The sketch of a monkey in an ink painting was made by Chinese contemporary artist Han Meilin, who also designed the "Fuwa" mascots for the 2008 Beijing Olympic Games. The ink painting was deemed "cute" by most web users, as it "looks joyful", and represents a traditional art style.

The program producer named the monkey "Kang Kang", which means "healthy" in Chinese.

But the 3D version of the mascot image failed to dodge bullets, as critical netizens sneered at this version: "Why are they using different colors asymmetrically? " "Reminds me of green and red lights." "Lost all the flair of that ink painting" "What are those balls under its ears?" "What a stiff body!" "It is so ugly that I just want to cry."

Han said on his social media that he only designed the original version of the mascot, which is the ink painting, but didn't participate in the 3D model design. "Of course we believe the ugly stuff has nothing to do with you," Web users said, responding to the respected artist.

In a vote by Sina Weibo，China's Twitter-like website, 58.5 percent of people "liked" the ink painting version of the monkey, only 14.4 percent like the front view of the 3D version, while 12.5 percent want to "change its clothes", supposedly meaning they don't like the colors.

0 responses on "Spring Festival Gala mascot criticized for being "ugly""