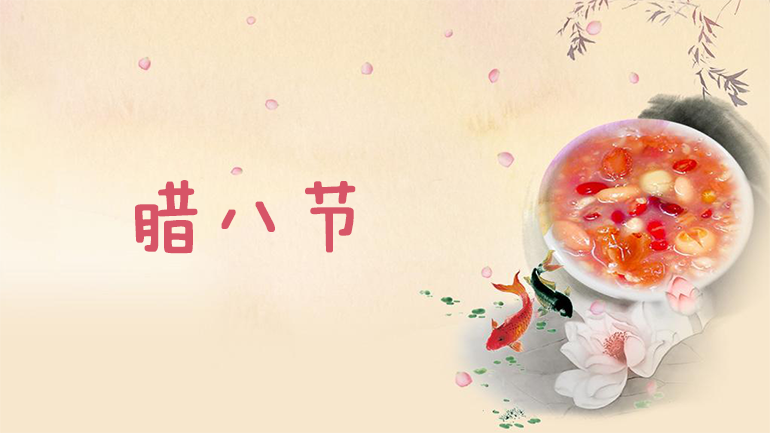 The Laba Festival (腊八节, là bā jié) is a traditional Chinese holiday that falls on the eighth day of the twelfth lunar month. The Laba Festival is also known as Laji Festival (End-of-Year Sacrifice Festival), since it comes during the depths of winter, when all kinds of food can be easily stored. Following the ritual, it is a day to celebrate the harvest.

After Buddhism was spread to China during the first century AD, the festival was used as commemoration of Gautama Buddha's enlightenment at the age of 35. In the Qing dynasty, ceremonies for the Laba Festival were usually held in the Yonghegong Lama Temple in Beijing. As a result, the Laba Festival also became known as the Day of Enlightenment.

The two most important traditions associated with Laba Festival are eating Laba Congee (also called Laba Rice Porridge ), and praying for peace and good health in the coming year. As Buddhism became integrated into Chinese society, Laba Congee became known as "Buddha Congee," in commemoration of the date of Buddha's enlightenment.

Another custom is the soaking of Laba Garlic. Garlic is soaked in vinegar for twenty days starting from Laba Festival. The garlic and vinegar is then used alongside Chinese dumplings around Spring Festival.

Congee (Chinese rice gruel) for the imperial court would have been made of cream, lamb, various mixed grains, dried red dates, chestnuts, peanuts, water caltrop, walnuts, raisins, melon seeds and haw jelly. Other congees are made of mixed rice, beans and various types of nuts and dates. Sometimes the congee is decorated with colored sweets or dried fruits. Today, Laba Congee is mainly served as a symbol of good fortune, long life, and fruitful harvest.

0 responses on "Customs of Laba Festival"