31% of Great Wall disappears due to severe damage 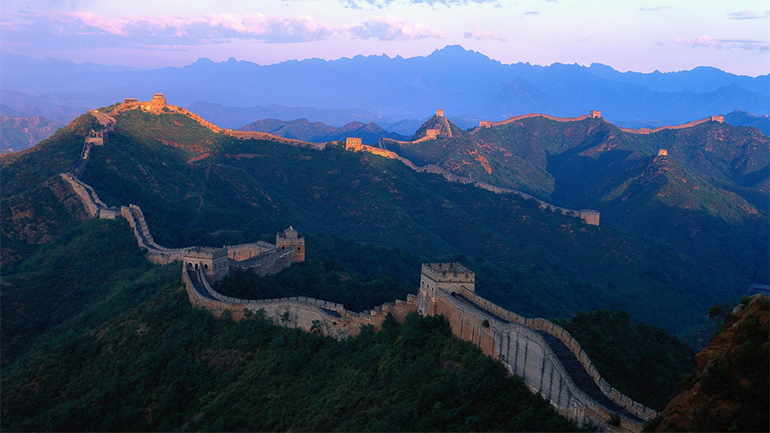 The Great Wall of China, a world heritage site, has suffered severe damage from both natural and man-made corrosion over the years.

As the world's biggest defense project, it was first started more than 2,000 years ago, and what is left today was mostly built during the Ming Dynasty (1368-1644).

However, not all of the Wall is preserved like the Badaling section in northern Beijing. According to a 2012 report by the State Administration of Cultural Heritage, of the 6,259 kilometers of the Ming Dynasty Wall, less than 10 percent is well preserved, while 31 percent of the Wall, or 1,961 kilometers, has disappeared. The remaining several thousand kilometers of the Wall has been dilapidated because of wind and rain, as well as human activities.

In Shanxi Province, which is home to more than 3,500 kilometers of the Wall built in different historical periods, stealing of bricks from the Wall has been rampant, especially during the socially turbulent years. In the 1970s, when an agricultural development campaign began to sweep Shanxi, residents living alongside the Wall dug out the bricks and used them for building houses and other facilities.

Ge Shufang from Deshengbao village near the Wall, who is now a member of the Datong People's Congress, has been promoting awareness among local villagers for more than a decade. Now that more tourists are coming to the village to see the Wall, the villagers have realized its value, and are starting to benefit from the tourism business.

However, pursuit of economic return has also ruined the Wall in some places. In order to cash in from tourism, the Youyu county in Shanxi leveled off the Wall in Shahukou and rebuilt the section with a tacky new design, drawing fierce criticism from conservation experts.