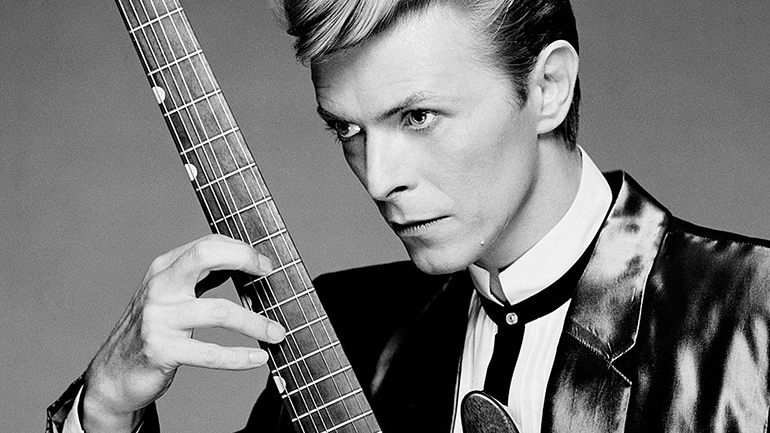 David Bowie's death prompted an outpouring of grief among Chinese rock stars and fans as they remembered a cultural icon who strongly influenced their idiosyncratic musical genre. 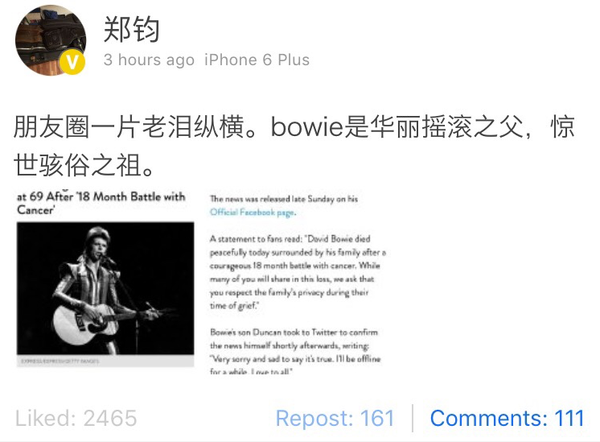 Zheng Jun, a singer-songwriter from Xi'an, in central China, who gained prominence in the 1990s with yearning rock lyrics typical of the era, said on Weibo, a social media platform, that his digital accounts had been flooded with expressions of sadness."Bowie was the father of glam rock and the ancestor of those who have astounded the world," he wrote.

Wang Feng, a rock star and the husband of the actress Zhang Ziyi, also mourned Mr. Bowie's passing with remarks on Weibo."We not only lose an immortal master, but also an excellent soul that has made us gaze forever at the beauty of life," he wrote. 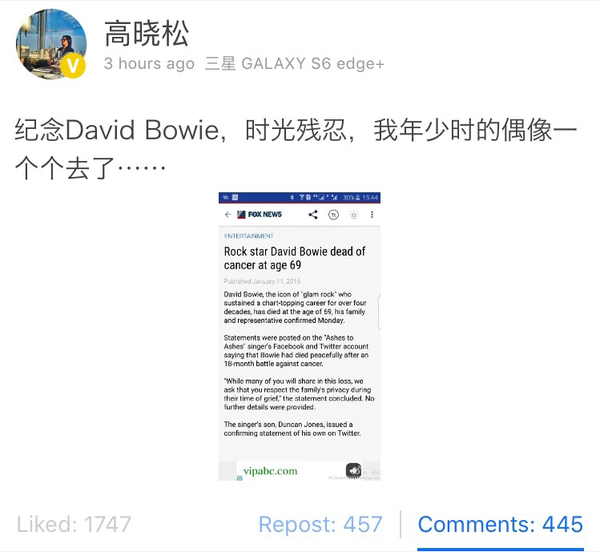 "Time is cruel," wrote Gao Xiaosong, a singer who is now a television celebrity. "One after the other, the heroes of my youth disappear."

Steve Wong Ka Keung, the bassist for the seminal Hong Kong rock band Beyond, wrote that he was grieving for Mr. Bowie. "I will always remember you," he wrote.

Wu Hongjin, the Chinese rock music fixture better known as Zuoxiao Zuzhou, expressed his sadness, but on a lighter note. "Maybe God wanted to listen to rock again," he wrote.