The Taoist Wudang mountains have been made a UNESCO World Heritage site. The whole complex has 72 mountains where the biggest one is 1500 meters above sea level. To get from the bottom to the top of the mountain, you need to count on at least 10 hours of walking up the steps. The entrance fee is 140RMB, but you have to pay an additional 100RMB for the (in)voluntary transport. In the whole complex, there is a shuttle bus. The beautiful Taoist monasteries are spread along the whole mountain range. The big ones are mostly available as sites where the earlier mentioned shuttle bus stops. But if you decide to go less by bus and more on foot, you can find way more of them. Some of them are visited regularly, some hardly at all and some are unfortunately shut. The weather was on our side. As it was drizzling, there were almost no tourists, so we could enjoy the true Taoist atmosphere. 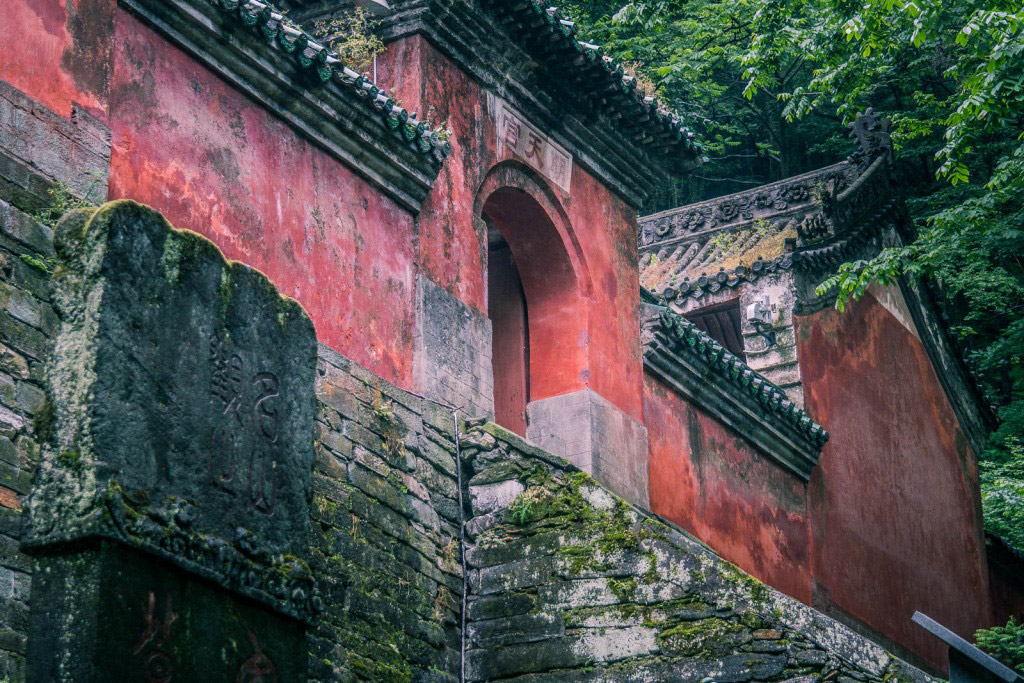 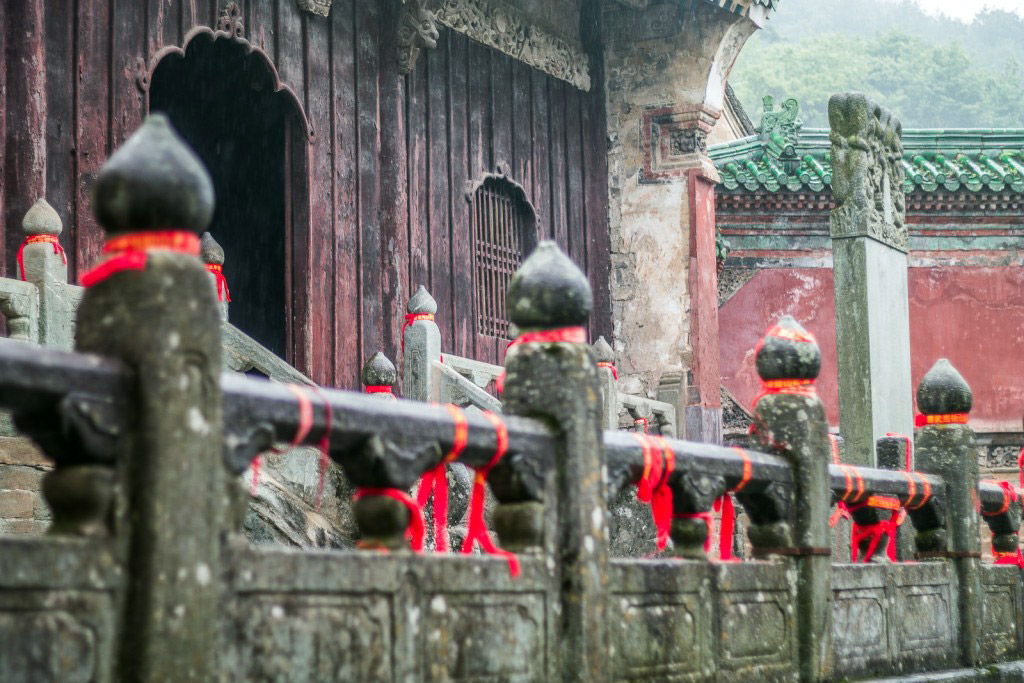 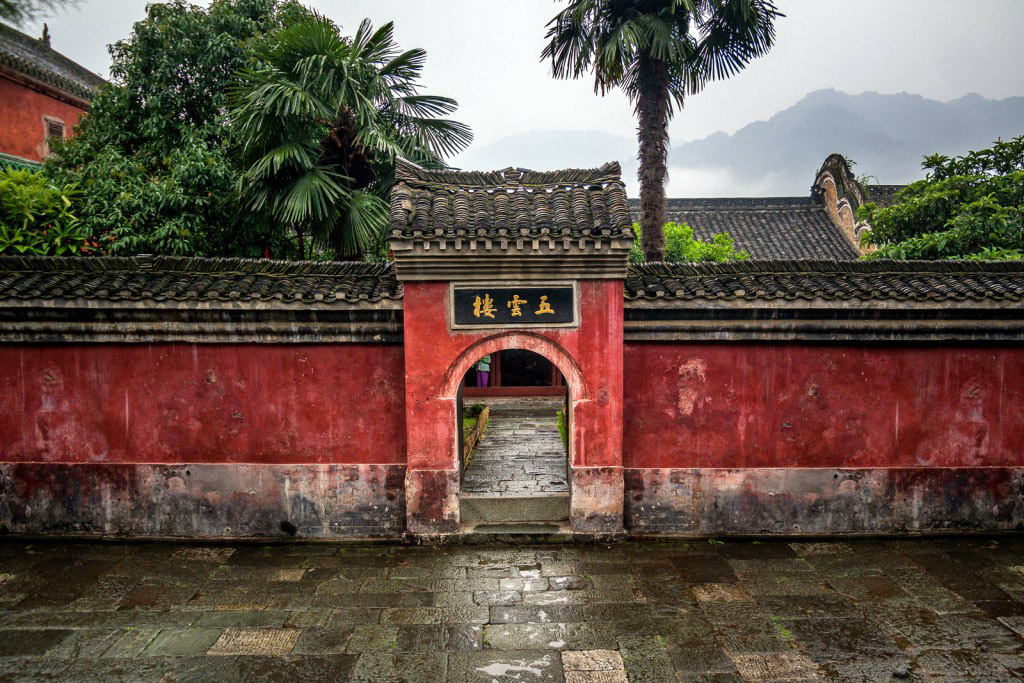 There are big and small temples. Sometimes they are mere statues hidden in scalped rocks, other times there are incredible constructions hanging on dangerous crags. Most of the buildings standing today date from about the 15th century, although the history of this place falls way back. In the 10th century, supposedly a type of martial arts called Wudang boxing was invented. It was thanks to a monk, Zhang Sanfeng, who lived in one of the local monasteries. He didn't like the tough style of Shaolin and was looking for a calmer and more flowing version of martial arts. During its formation, he was inspired by the battle of the snake and bird he witnessed. The snake easily and smoothly avoided the claw and beak attacks until the bird got exhausted and died. 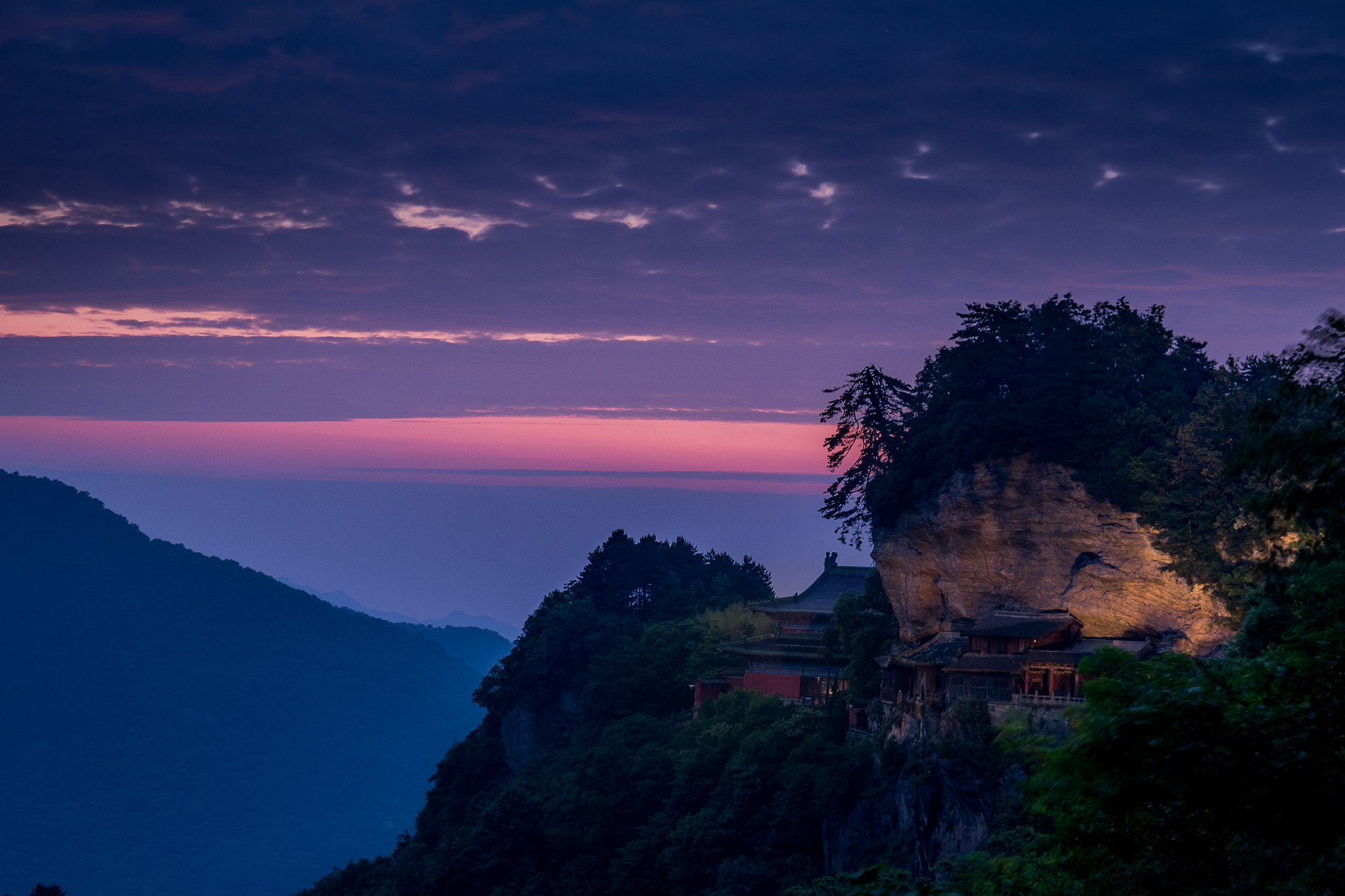 Taoism together with Confucianism are one of the former philosophies in China. They formed in fifth century BC, when the greatest wise men of these philosophies lived – Confucius and Lao-c. From the very beginning, they weren't two philosophies but only one. It was a philosophy that taught about life, how to live correctly and how to be a good man. That is exactly what these two philosophies have in common – the difference is how a man should obtain it.

Confucianists said that all things have to be named correctly. If they are not, the social instability occurs. They said that a good man follows strict rules and rituals. Taoists said the complete opposite. They believed in Tao – the way. We could also compare it to our destiny. Taoists believed that if Tao is given a name by a man, Tao stops being Tao. They believed in the inconsistency and unsteadiness of things and they laughed at Confucius rules and confinement. That's another reason why the Confucianists used to be clerks and Taoists artists, or often beggars. Taoists believed in a simple life. When is a person happy? If he eats when he is hungry, if he sleeps when he is sleepy, and if he dresses up when he is cold. It sounds very simple, but Taoists knew that it is not easy at all. Surely not in today's world and that's why the Taoist Wudang mountains are the perfect place to look for our nature.

The Way to the Top

From the middle bus station we got to the final destination. There are two final stations. One goes to the cable car station and the second one to the beautiful temple hanging on the rock. From both stations you can walk to the top. From the lower cable car station, the walking path to the top is shorter; from the temple, it is longer. We chose the longer path. It is only four kilometers long, but you have to walk up and down the steps. Mainly up the steps. We thought it wouldn't be difficult, but our feet hurt for a week. It didn't matter – what kind of Taoist pilgrims would we be if we didn't walk to the top? Besides, the way to the top is wonderful, full of stone bridges and mountain streams. There are few tourists and you can meet the locals, who carry building materials and groceries on their shoulders to the top. They have a hard life that has gotten richer thanks to the tourism. 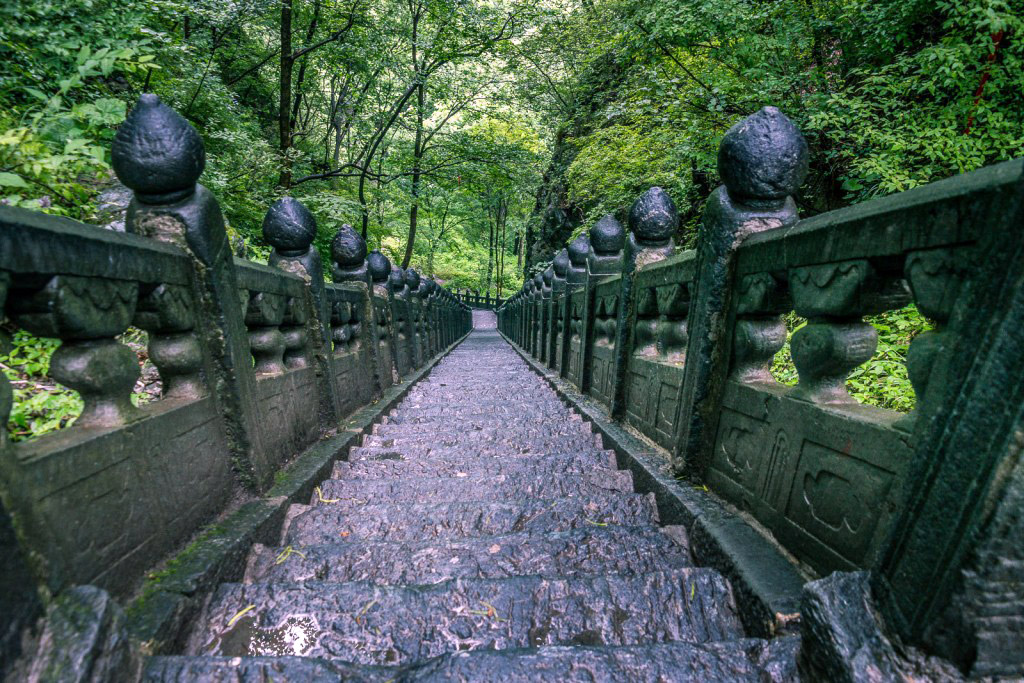 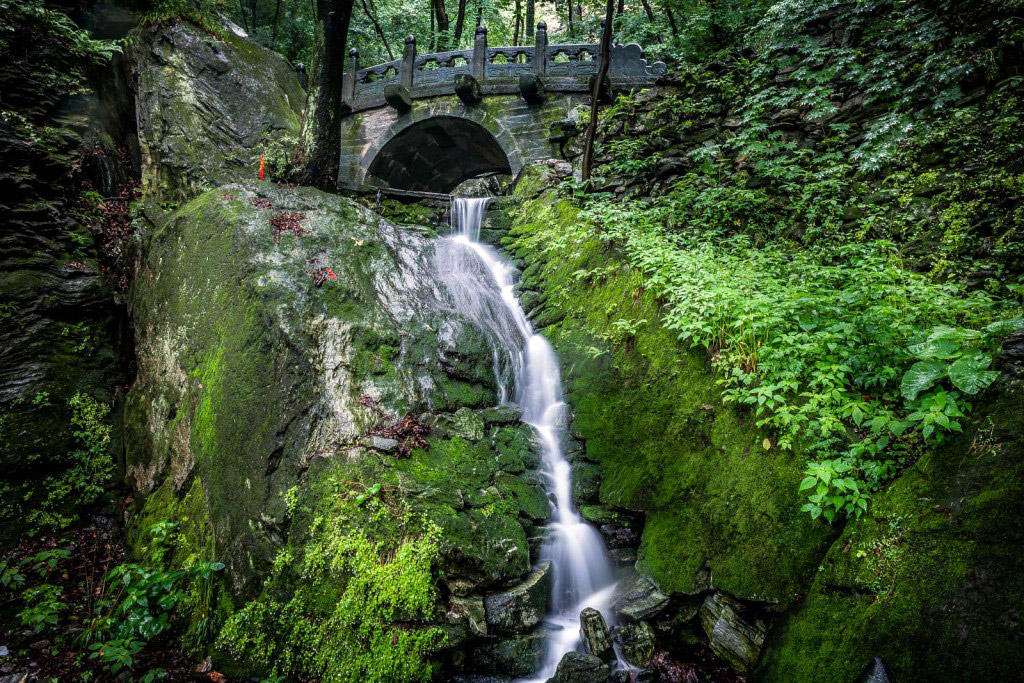 The way to the top took us almost five hours. Exhausted, we finally arrived. There was a fog waiting for us. On the top of the mountain there is a huge monastery complex, although we could only be in the lower parts. That was the last zone where we could see something. On the other hand, people used to live peaceful and slow lives here. Before coming to the mountains, I was afraid of the Chinese tourism. After years of experience in China, I know its face. There are lots of people everywhere. It wasn't like that here and that's why I was so enthusiastic about the Wudang Mountains. Instead of coming to the crowded place, we were welcomed by the real silence and praying monks. 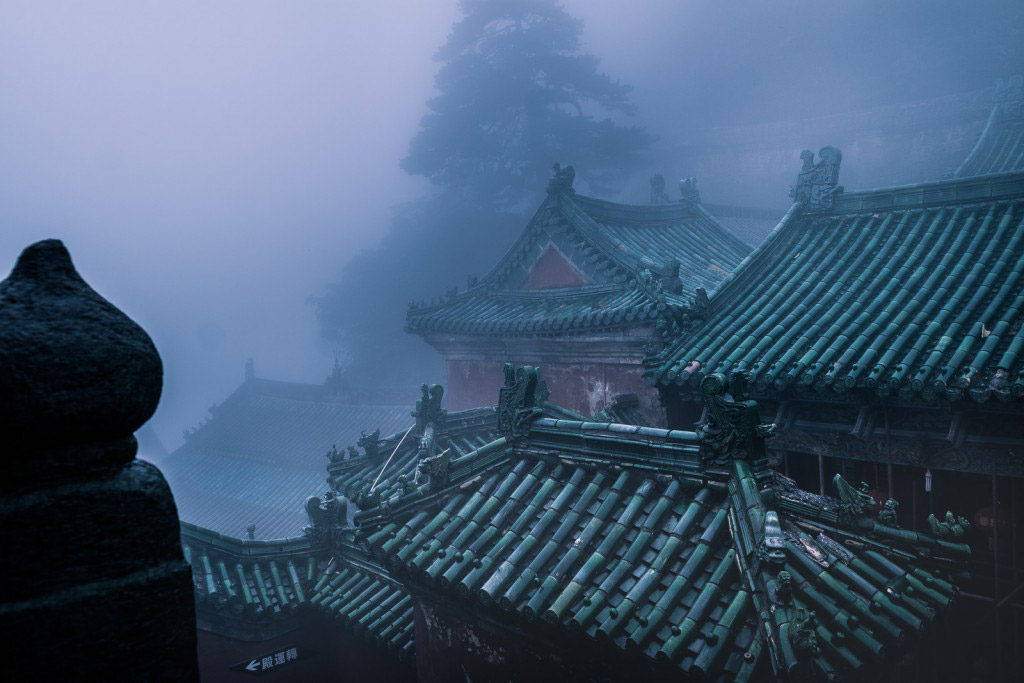 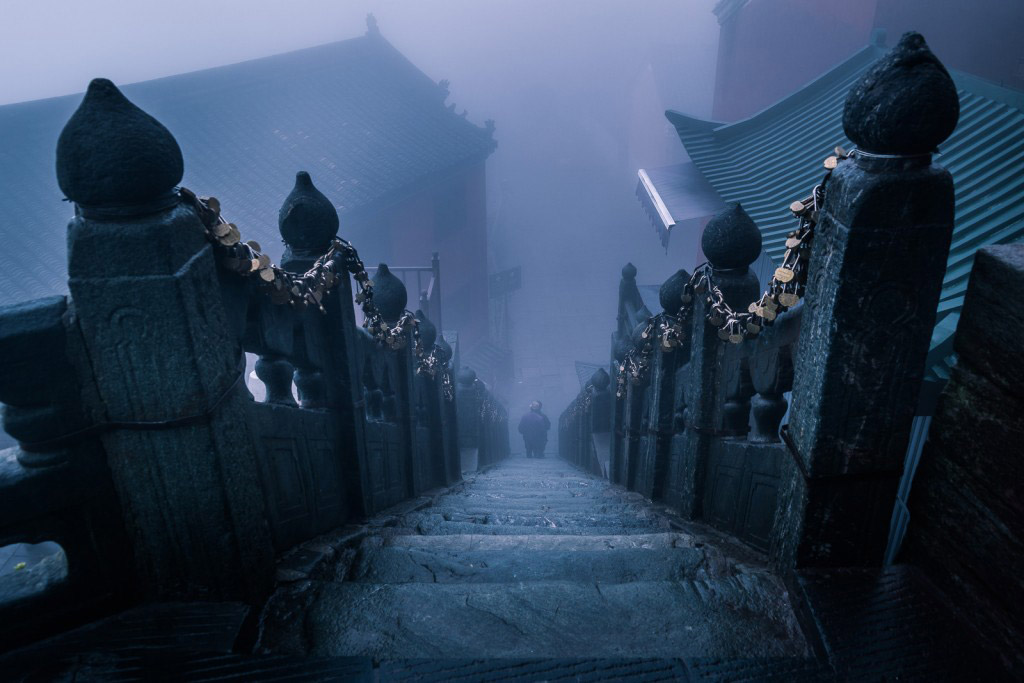 Another day we experienced a sudden change. Suddenly the sunshine came with beautiful weather. The visibility was so clear that we just couldn't depart from these mountains. We gave the temples on the top another chance. The problem was that the day before we had gone up and down and our knees hurt so much that just one step was a struggle. We couldn't climb for another four hours. So we decided to try the cable car. The summit absolutely amazed us! We were truly happy, and we went up again because the views were unforgettable. We could see kilometers and kilometers away. Of course the number of tourists was completely different than before. Earlier it was only us and another tourist; this day it was full of Chinese people. The temples on the top are stunning, the views even more so. However, for a person who is not used to China, the mountains could be a little overcrowded. 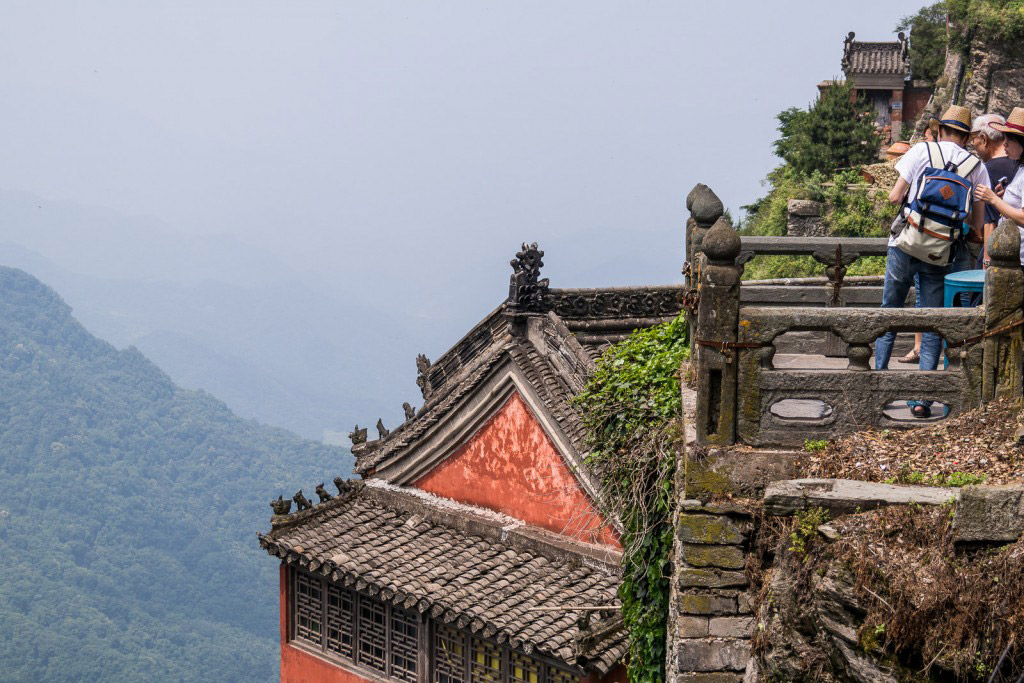 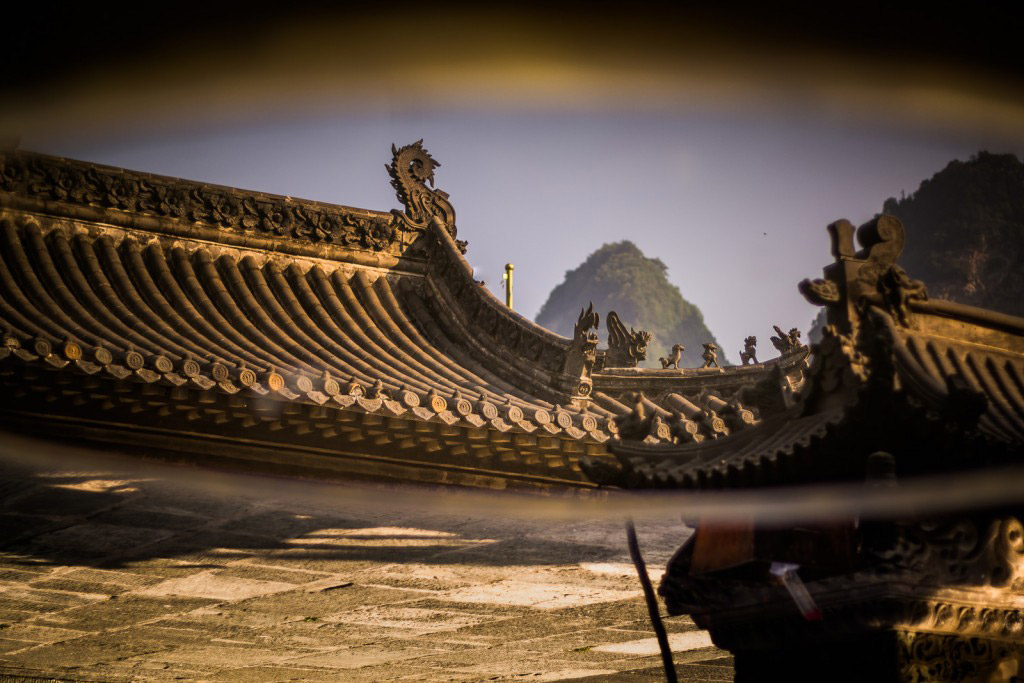 We decided to go back to the forests, which are so big that people can easily get lost there. In the area there are different canyons, gorges and streams, which can lead you to other temples. What a surprise when we found out that instead of the crowd of tourists, there were troops of monkeys. Many troops. After they almost bit us, we realized that the safer option was to go and see the rest of the temples. Along the mountains there were so many interesting places that we stayed for three nights. Every single day we saw something new.