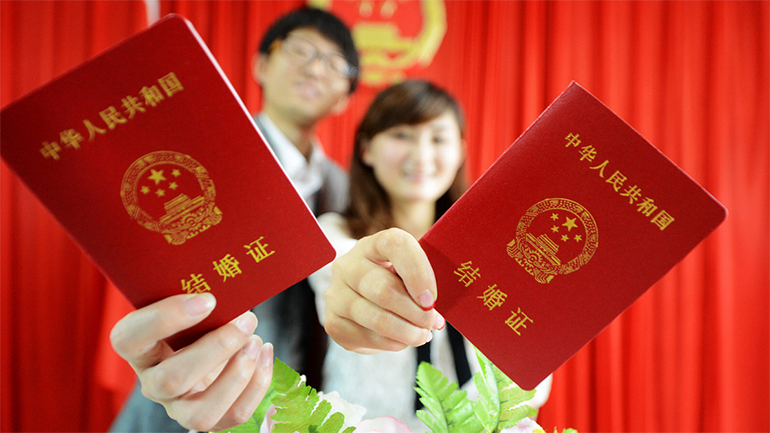 Couples in China are rushing to tie the knot ahead of changes which will scrap extra holiday allowances for people who delay getting married, it's reported.

On 1 January, new regulations come into effect which eliminate an annual leave bonus for people who put off marrying until the age of 23 for women, and 25 for men, the South China Morning Post reports. The amount of holiday time given varies by area, from seven days in Shanghai, to a whopping 27 in the northern region of Shanxi, the report says.

"We made the decision last night to register our marriage as soon as possible to take advantage of the existing law," bridegroom Qiang Bin told the paper at a registry office in Shanghai. "A seven-day holiday is a big deal for us because we don't have many holidays throughout the year."

The holiday bonus was designed to support China's one-child law by encouraging couples to delay starting a family. But with that policy now being abolished, and an average marriage age of 25, the government says it is no longer necessary.

In Beijing, one registry office dealt with about 300 couples seeking to get married the day after the changes were announced, rather than the usual number of between 70 and 80, the Global Times reports. But one lawyer tells the paper that people shouldn't panic, as the changes still have to be adopted by local governments. "Regional regulations often lag behind national changes to the law," says lawyer Li Yingchun. "These procedures take time. So people who are rushing to register for marriage can relax."