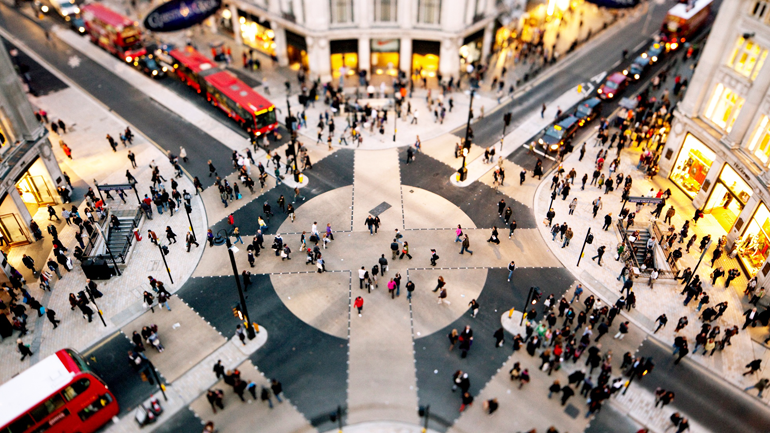 Shoppers from overseas with a penchant for luxury goods helped to fuel a Boxing Day sales bonanza as millions hit the stores, leading experts to suggest that reports about the death of the high street have been premature.

Retail analysts said wealthy tourists from China and the Middle East were spending four or five times as much as their British counterparts on items such as jewellery, watches and designer handbags. There were claims that shoppers were on course to spend a record £3.74bn in the Boxing Day sales.

Selfridges said it had enjoyed its most successful ever first hour of trading, taking more than £2m from 9am-10am. There were nearly 4,000 people snaking around the outside of the department store even before it opened its doors.

"The West End is a huge draw, so we see a lot of international shoppers here," said Jace Tyrrell, chief executive of the New West End Company, which represents retailers in and around Oxford Street. "About 50% of our shoppers are tourists, particularly from China, the Middle East and the US, and they probably spend about four or five times the amount of a UK shopper."

Some retailers have been hiring Mandarin speakers, targeting hotels and tailoring their products to meet the growing demand. "We are seeing more Chinese people here than ever before, which is good news for our retailers, and they are spending a healthy amount of money, which is good for our stores," said Tyrrell. "We have seen the rise of the Chinese in the last couple of years. They are now our third largest shopper and they will be number one in a couple of years."