Online poll: Tax burden too heavy to 70% of respondents 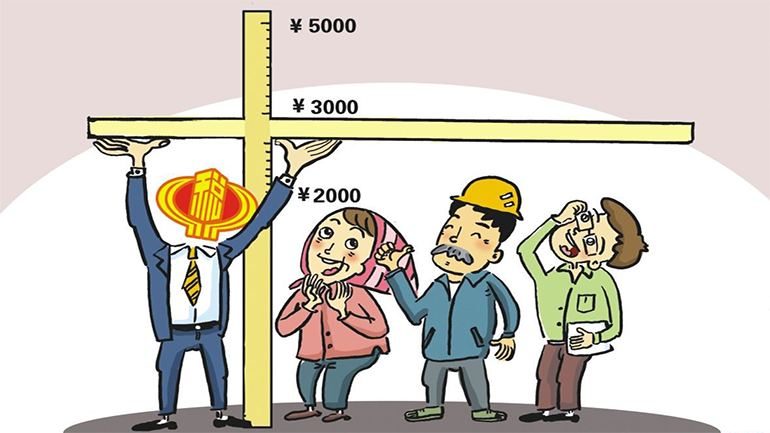 As the Chinese Ministry of Finance studies a proposed reform of personal income tax, an online poll has shown that 70 percent of respondents consider the tax burden "slightly high".

The poll, featuring 1,911 participants and conducted by China Youth Daily last week, also revealed that 44.6 percent are satisfied with the current tax method while 16.9 percent are not.

While 53.2 percent of the surveyed said the existing personal income tax does not take factors such as pricing levels and family needs into account, 43.1 percent cried out for fairness, 38.5 percent said the personal income tax threshold is too low and 16 percent that the taxation mechanism lags behind the actual situation.

According to the newspaper, 50.6 percent of respondents are well aware of the details regarding their personal income tax payment, while 17.7 percent knew little. Nearly 80 percent expect tax reform, 68.7 percent that tax collection methods should be adjusted according to social and economic development realities and 57.3 percent a tax cut in order to lower the wage-earning burden.

Zhang Po, from Wuhan in Hubei Province, said he hopes the reform will take family needs such as costs for taking care of the elderly and kids into consideration in reducing his financial burden.

Zheng Yin, an accountant from Xi’an in Shaanxi province, said it would be more reasonable to levy personal income tax based on the family income rather than individual.

Liu Ying, a professor at the School of Finance and Taxation of the Capital University of Economics and Business, said family income-based tax would be difficult at the current stage as it is much more complicated than the existing method and tax authorities lack related information.

Shi Zhengwen, a professor of taxation at the China University of Political Science and Law, said raising the personal income tax threshold would not fix the problem but make the unfair situation even worse, for rich people would benefit far more from such an adjustment than normal wage-earners.

0 responses on "Online poll: Tax burden too heavy to 70% of respondents"