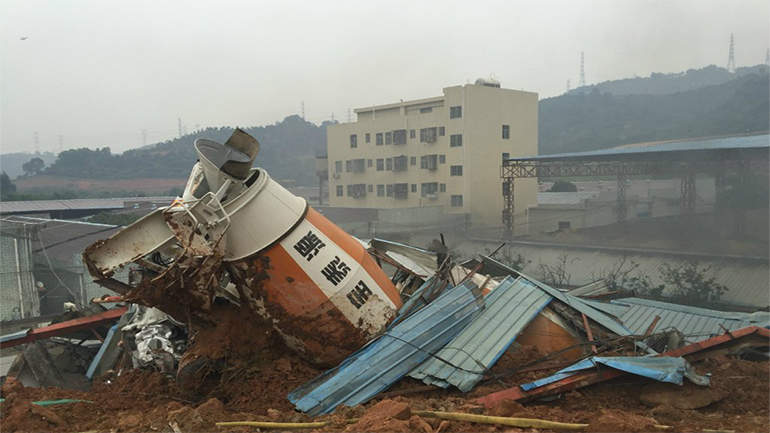 Hundreds of rescue workers are looking for survivors after a landslide hit 33 buildings in the southern Chinese city of Shenzhen.

Seven people were pulled from the rubble with minor injuries but 91 people are still missing, according to state television.

Authorities said 900 people were evacuated from the industrial park before the landslide struck on Sunday.

The city is one of China's biggest and is a major industrial centre.

Xinhua news agency said an area of 60,000 sq m (71,760 square yards) has been covered with up to 6m (20ft) of mud. The landslide also caused an explosion at a nearby petrol station.

China really needs to establish and enforce land use regulations. This kind of event — the collapse of an artificial hill created out of construction spoil — is shameful.

This is much simpler than how a plant makes a flower. Pile up dirt above junk construction.

I've been to China for business about 40 times over the last 15 years. I often wondered what would happen if the buildings were structurally challenged. Now I know!