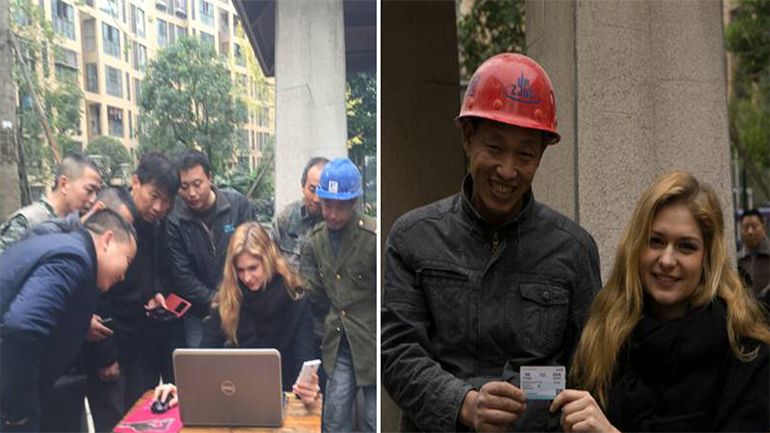 The girl speaks fluent Chinese with a little Sichuan dialect. She has lived in Chengdu for five years. She likes to chat and play mahjong with the people in her community. With approachable character and lovely appearance, she is appreciated by the people around her.