Sales of condoms & sportswear rise as smog thickens in China 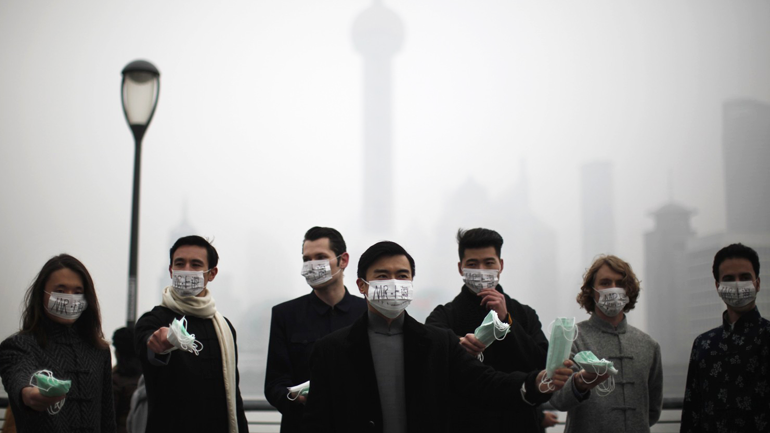 While it is easy to imagine a sharp rise in online orders for anti-pollution products such as masks and air purifiers on smoggy days, a boom in the sales of condoms and sports-wear might be a little unexpected.

According to search ratings for last week provided by Taobao.com, China's largest online shopping platform, searches for condoms were clearly correlated with those Chinese cities that had heavy smog.

In Beijing and some northern cities that were severely hit by smog, the rise in orders of condoms went beyond the sales in cities with cleaner air, as people have greater concerns of good child bearing and try to prevent getting pregnant on smoggy days, according to Taobao.

Interest in sportswear also increased during the heavy smog. Those cities with serious haze recorded more frequent searches for sportswear, as residents have a stronger willingness to exercise outside once the air gets cleaner. Sportswear has become more popular than women's apparel and cosmetics on smoggy days, according to Taobao.

Traditional anti-pollution products are profiting from the smog, too. In the most recent seven-day search, the search index for anti-pollution masks on Taobao.com surged by 116 percent over the previous seven days.

Du Ni, a 26-year-old white-collar worker in Beijing, said she bought 50 masks online last month. The masks protect from PM2.5, the harmful airborne particulates, as well as dust, and they have breathing valves. "I think I have to wear a mask on such severely polluted days, that it should be better than wearing nothing. But I doubt if it actually works," she said.

In addition, public consumption of healthcare products has been affected by such major public health events, as consumers demonstrate anxiety consumption, the Taobao report said.

In the past few years, when some cities have been hit by severe sandstorms, and when Beijing issued the first orange alert and continuous smog alerts, the sales of protective products increased significantly.

In areas frequently hit by smog, such as Beijing and Shandong and Liaoning provinces in northern China, robots that can help clean windows are also in demand, according to Taobao.