The unmoving landscapes of the Silk Road have enchanted travellers for millennia. Sights along the route have lasted down through the ages, from a time when monks travelled these roads bringing Buddhism back from south Asia, and traders exchanged silk for goods and spices.

Made up of a series of roads connecting Chinese capitals with south Asia, Europe and the Mediterranean, a voyage down the Silk Road remains one of China's most epic journeys. Travelling the length of this route today, with its flaming red mountains, towering sand dunes and alpine lakes, still offers a very real sense of what ancient traders experienced. And in 2014, UNESCO listed the entire 5000km Tian Shan Corridor as a World Heritage Site.

Luckily, the Silk Road is ever-more accessible from the rest of China thanks to the opening of a new high-speed rail line through Xinjiang. This train will eventually connect the furthest reaches of China's northwestern province to Xi'an, Beijing and beyond. Here we explore a must-see list of its east-to-west sights. 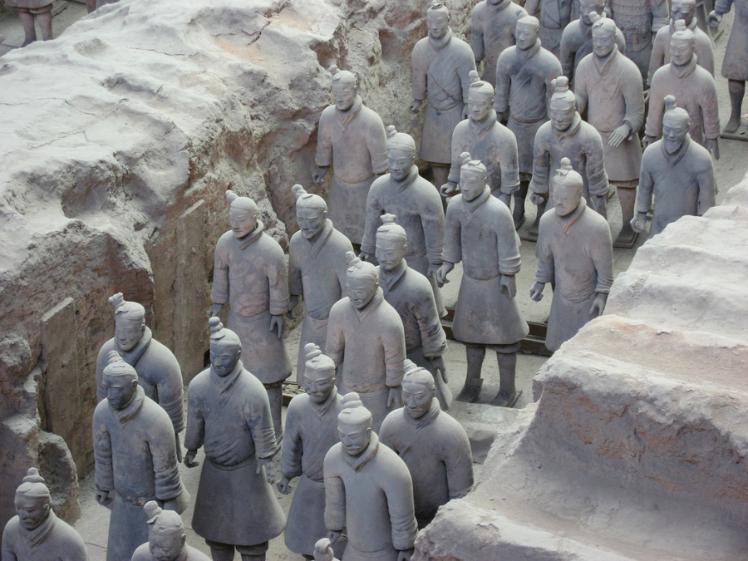 Painstakingly cast as guardians for Qin Shi Huang's – the first emperor of China – safe passage into the afterlife, the Army Of Terracotta Warriors was discovered in 1974. Since then, thousands of warriors, archers and chariots have been unearthed and remain on display just outside the city of Xi'an in Shaanxi province. Xi'an is the first stop along an itinerary of the Silk Road from east to west – it was the capital of Chinese empires variously in ancient periods and its strategic north-central location on the Guangzhong Plain makes it a gateway from eastern China to the wild west. Today, Xi'an is a busy provincial capital home to numerous ethnic minorities, mainly Hui Muslims. 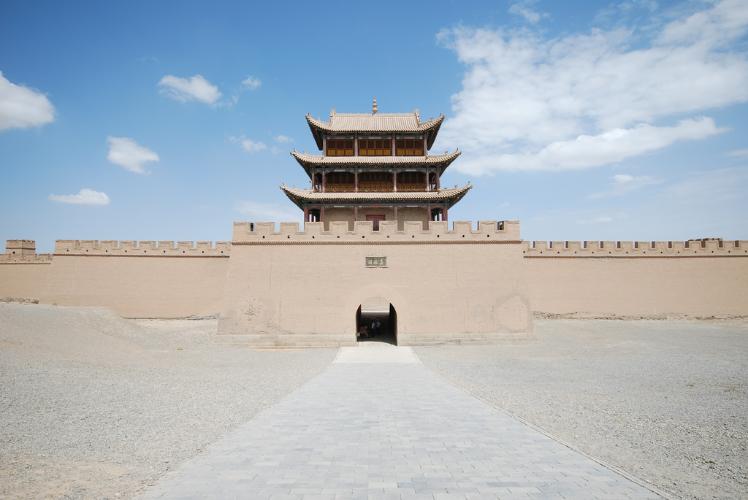 One of the most important monasteries in the Yellow Hat sect of Tibetan Buddhism, Labrang Monastery was once home to 4,000 monks and echoes of a time when Buddhism passed through this part of the world on its great journey through China, from south Asia to the Far East. Today, Labrang Monastery is home to 1,800 monks and its grand prayer halls and intricate yak-butter sculptures remain a draw for visitors and monks alike. 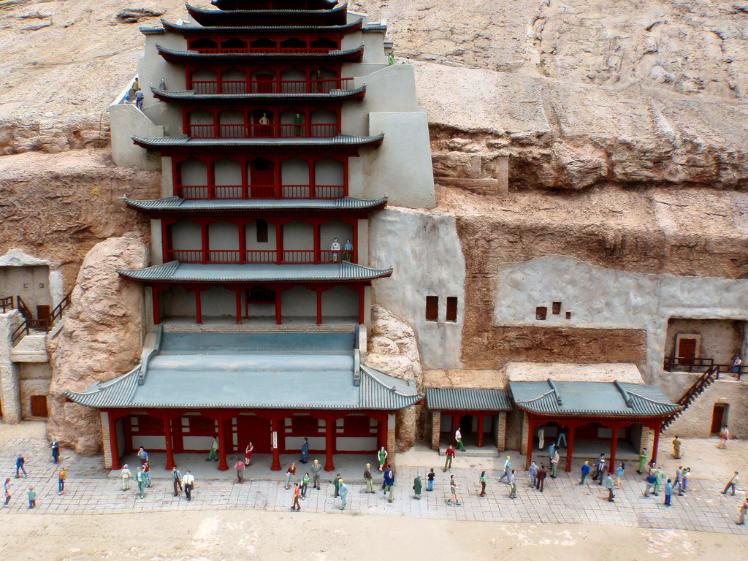 The Great Wall is not one stretch of compiled stones, but an almost countless series of small walls stretching from the Bohai Sea in northeastern China to a desert outpost along China's Silk Road: Jiayuguan. This, the westernmost end of the Great Wall once the last outpost of Chinese civilisation and marked the end of China and the beginning of everywhere else. The fort's giant mud walls rise out of the desert. Nearby, the mud-brick Overhanging Great Wall ascends a steep length of desert mountainside with sweeping views of the dry valley below. The city of Jiayuguan is a fascinating stopover thanks to its selection of Han, Hui Muslim and Uighur cultures and foods, which can be enjoyed at the local night market.

One of the most important Buddhist art sites in the world, the Mogao Caves near Dunhuang are what remain of a thriving ancient monastery generally dated to 366 AD. The caves were a repository of wall paintings, scrolls, carvings and texts left by monks and nuns who passed through on their way to or from Buddhist sites in south Asia. Though many of the caves' most precious goods were looted in the early 20th century, they remain open for visitors to marvel at their intricate interior paintings.

The oasis city of Dunhuang has the feel of an outpost town, thanks to its incredible location at the literal edge of the harsh Taklamakan Desert. In addition to being a jumping off point to visit the Mogao Caves, Dunhuang is also home to the incredible Crescent Lake. This half-moon shaped pond sits at the bottom of a giant sand dune and, according to local lore, possesses special magic as the lake itself has never been covered over with sand despite the local winds that give rise to its towering dune, Singing Sands Mountain. Ascending to the top of the dune, only to peer out over an endless sea of sand further west really gives a sense of the size and scale of this desert and the length of the Silk Road.

The origins of the ruined city of Jiaohe have been traced to as early as 108 BC, when it was known as Yarkhoto. It was an important Silk Road stopover in the desert between the Tian Shan mountains and the oasis of Dunhuang. Today you can explore the archaeological remains of Jiaohe, with its mud walls and crumbling buildings atop a steep embankment over the confluence of two rivers. It's an easy 10km taxi or bike ride along a paved road from Turpan, another Silk Road oasis town now known for its wine production. 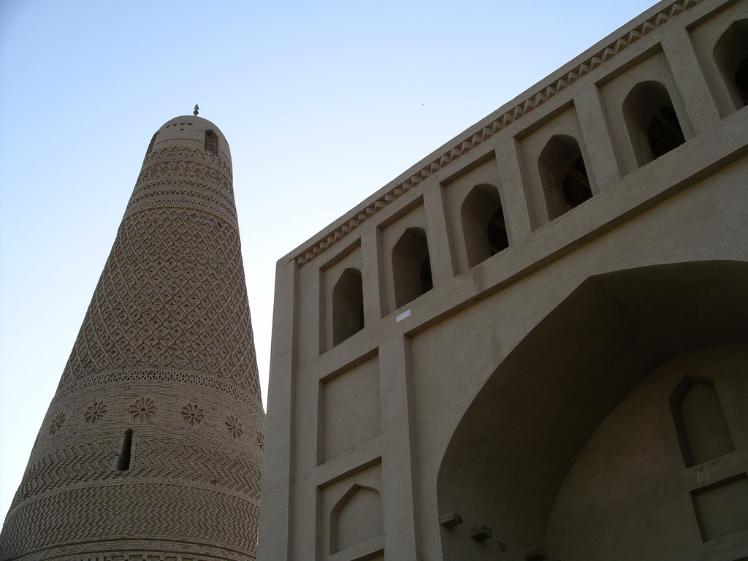 No trip along the Silk Road would be complete without viewing the rising spire of Emin Minaret near Turpan, China's tallest minaret. Built in the 1770s to honour a local general, the minaret boasts a unique collection of floral designs and a bowling-pin shape formed from dried mud that make it stand out among the Silk Road sites.

The romantic name of these eroded sandstone hills do them perfect justice. The Flaming Mountains have been the subject of many artistic expressions, including in the classic Ming-dynasty novel Journey to the West and an otherworldly backdrop for the 2002 Jet Li epic film Hero. The hills extend for a whopping 100km across the Turpan Depression – the hottest, driest place in China and lowest point in Central Asia (154m below sea level) – and reach 800m high. 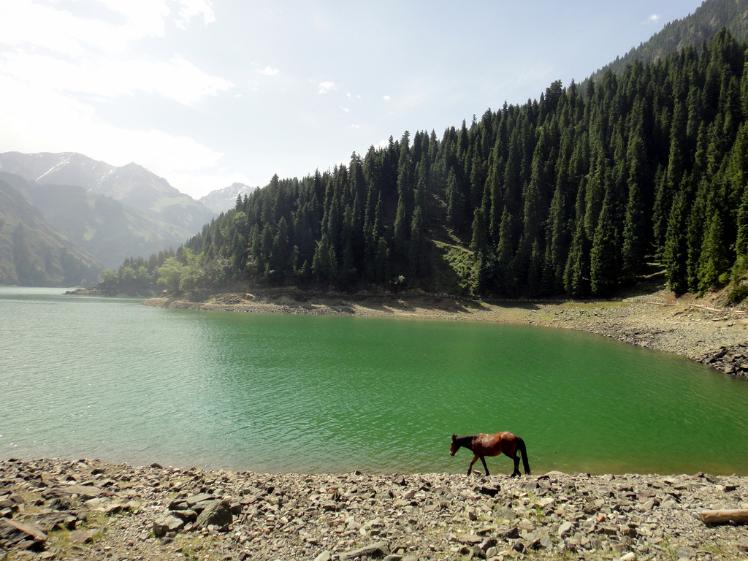 Heaven Lake, as it is known in English, is a perfect disc of blue water surrounded on all sides by the gaping Tian Shan mountains. Bogda Feng, the highest peak in the range, looms 5445m above the lake. Boats zip visitors across the lake and local Uighur families offer their yurt tents for overnight stays, but the buzz can't detract from the overwhelming vastness of the scenery here. 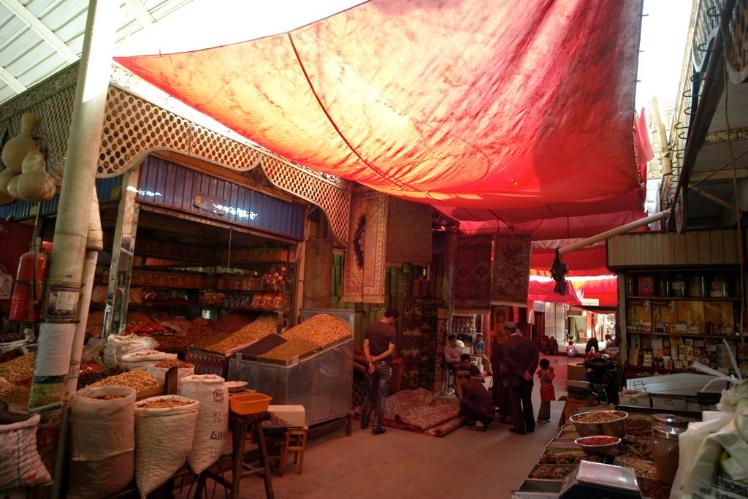 Kashgar, home largely to Muslim Uighurs, is the last major urban centre along the Silk Road before it weaves its way up over the Tian Shan mountains and into Central Asia. The city's Grand Bazaar has been operating for more than two centuries. It is an intoxicating maze: smells of spices, animals and musty textiles mixes with traditional Uighur muqam melodies and the sounds of vendors beckoning buyers to consider their carved wooden boxes and intricately beaded sandals.