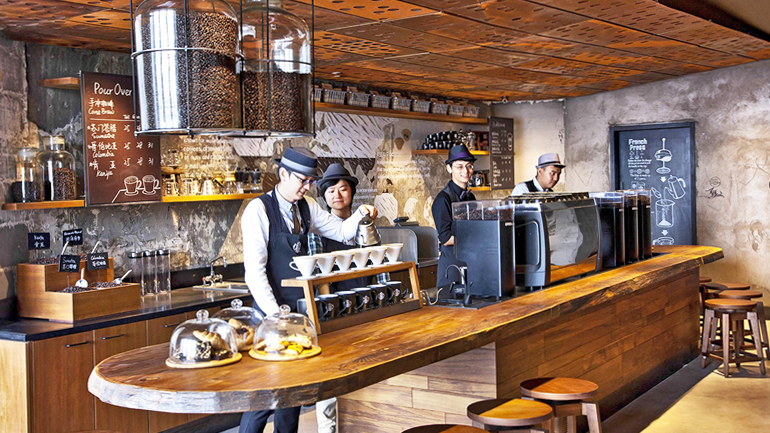 When Starbucks opened its first shop in his hometown, Haining, two years ago, Cui Yun was among its first regular customers.

Now he is busy preparing to open his own cafe in this small city in Zhejiang province, which has seen the number of coffee shops soar from just three in 2012 to more than 20 this year.

"From megacities such as Beijing to fourth-tier cities like Haining, one of the biggest changes on the streets in recent years has been flourishing coffee shops as young Chinese embrace Western lifestyles," said Cui.

With an annual growth of 15 per cent in consumption, compared with the global average of two per cent, China is the fastest-growing coffee market in the world, industry insiders said.

Alejandra Quan, global CEO of Our Coffee, a grower from Guatemala, has tried to expand his business in China as he saw a promising future for coffee in the tea-drinking nation.

"Coffee is the most-drunk liquid after water in the world. When Chinese start drinking coffee in earnest, they too will probably drink more coffee than water," he joked.

However, mainland coffee drinkers care more about the atmosphere of a coffee shop than the beverage itself, and the most popular coffee drinks are sweet milky ones such as mocha and latte.

But Guan believes this will soon change. "There has been a lot of education about coffee and I think in two or three years people will know what's really good and what's bad," he said earlier this month.

Jian Xueya, finance director of the China agent for Brazilian coffee firm Unique Cafes, which targets high-end restaurants and hotels, said mainlanders were merely curious about coffee a few years ago, but now more people have developed a habit.

"It's a little difficult for us to sell prime coffee here because few people know how to appreciate it. They like a milky, sweet taste," she said.

Things have been proven quite different for international outlets which are better adapted for the Chinese tastes. Starbucks, which opened its first mainland store in 1999, has planned to double its store count in China to more than 3,000 stores by 2019, while British chain Costa plans to expand from 344 shops to 900 by 2020. In Shanghai, where half of the mainland's coffee consumption takes place, the nation's biggest coffee trading centre has been established in the port city's free-trade zone.