5 historical villages not to miss in Dali

It's easy to get stuck in Dali for a week and enjoy the semi-bohemian atmosphere of the town. Plans of hiking the Cangshan (苍山) or cycling through the villages on the banks of Erhai (洱海) lake are washed away by a series late nights and too many bottles of Lao beers.

It's also very easy to let the town to the busloads of Chinese tourists who pour daily during the high season and find less touristy, more off-the-beaten path places to visit on a day-trip. 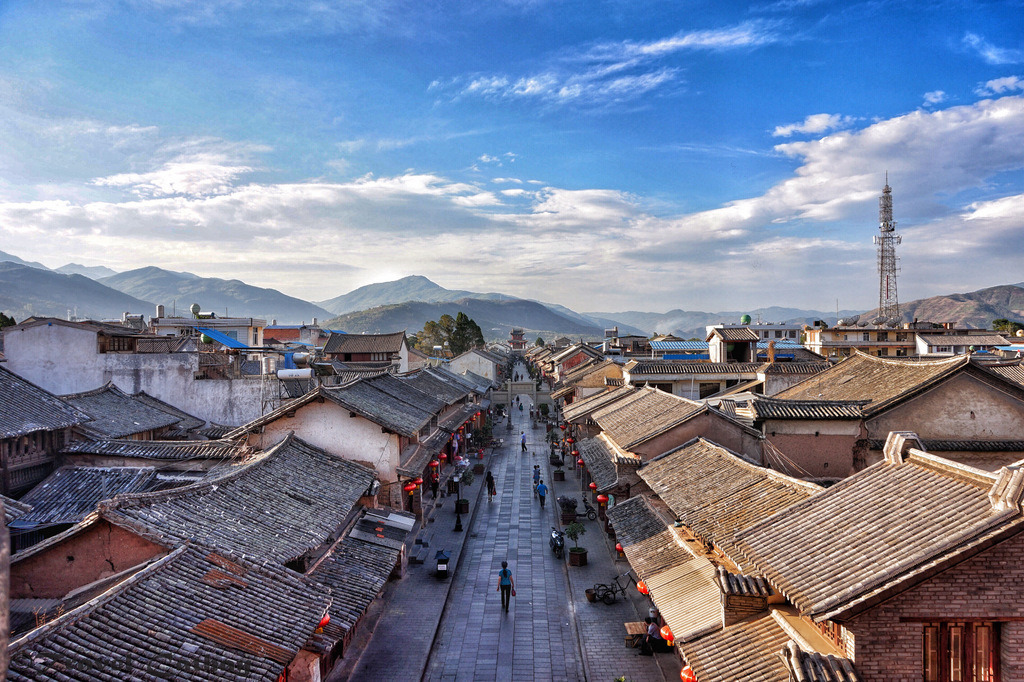 Ancient capital of the Nanzhao Kingdom (南诏国) and important trade post on the old Tea and Horse Road (茶马古道), Weishan (巍山) is still off-the-radar to most foreign travellers in the region, yet Weishan is gaining popularity among Chinese tourists.

Visitors are attracted by Weishan's ancient street which runs from the tower-like Gongcheng Gate built in 1390 to the remains of the south gate. The main street is lined with well-preserved Ming and Qing era buildings. It's a true living museum.

Seemingly 'untouched by time', things are changing fast : old buildings are being knocked down and shops once catering to locals are being replaced by trinket stores for tourists. 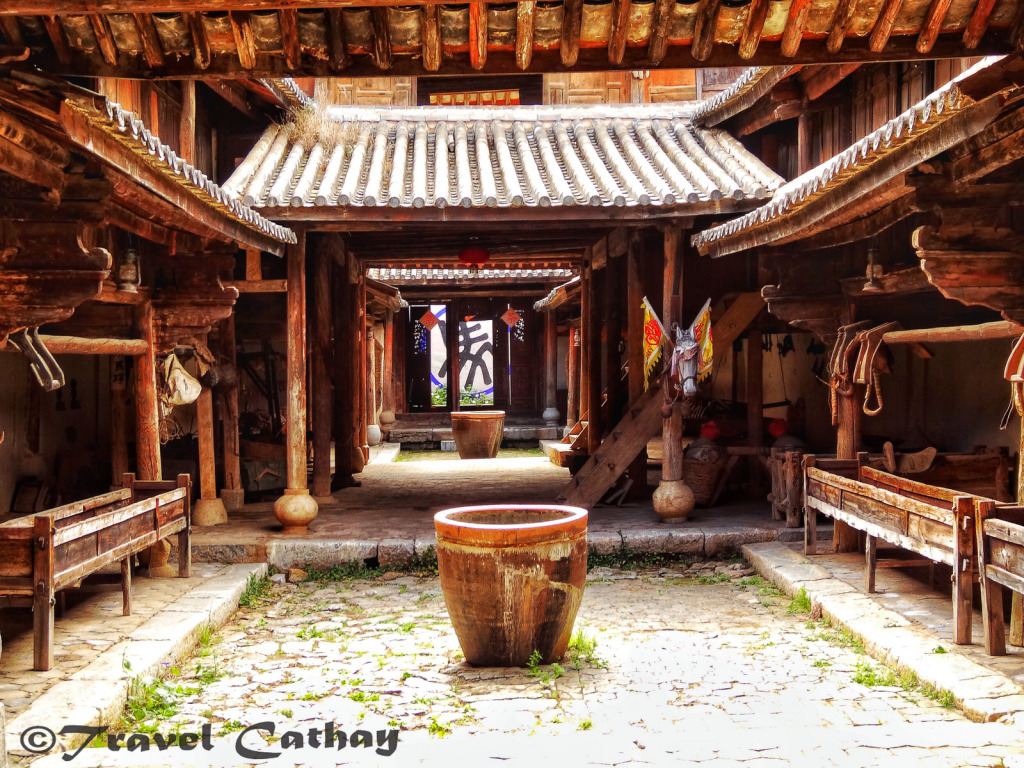 Virtually unknown to most tourists, domestic and foreigners alike, Yunnanyi (云南驿) was not only an ancient trading post on the old Tea and Horse Road, it was also, during  WWII, the place where US soldiers flying the 'Hump' over the Himalaya landed with supplies for the Chinese armies.

The village consists mainly of two main relatively quiet cobble-stone streets lined with ancient buildings. One of the real highlight of the village is a museum situated in an ancient inns where muleteers on the Tea and Horse Road stopped for the night. The museum is divided into two parts : one is dedicated to the ancient trade route, the second explains what exactly was the 'Hump'. 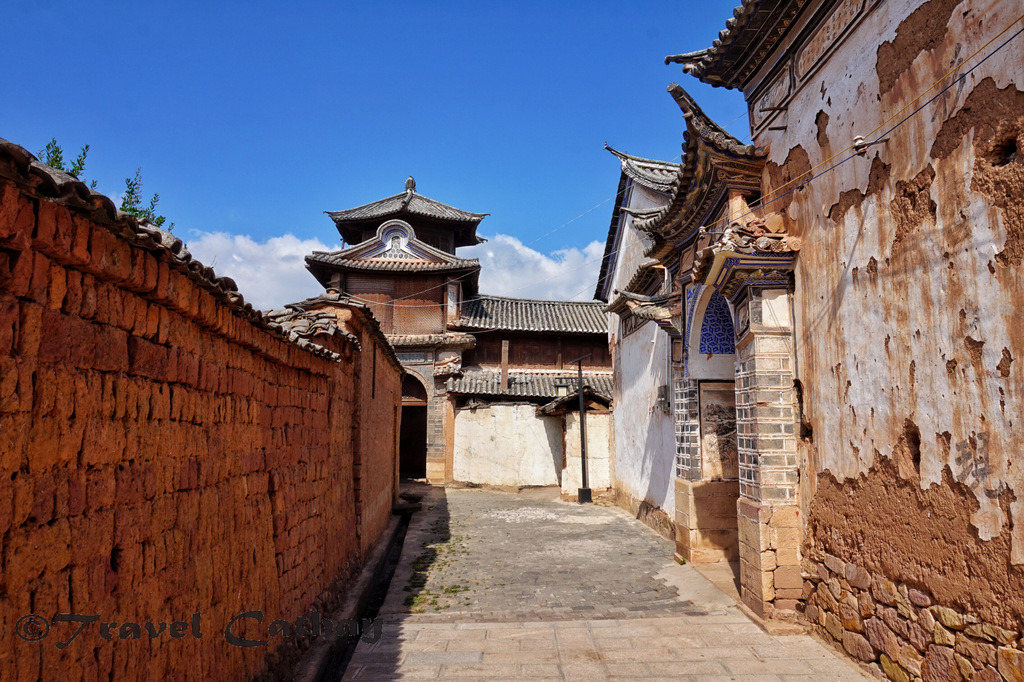 Donglianhua (东连花) is a Muslim (or Hui 回族 in Chinese) located in the plain between Xiaguan (下关) and Weishan (巍山). This ancient off-the-beaten path was once home to a community of Muslim caravan leaders who transported tea and other goods on the old Tea and Horse Road. Some of these muleteers became wealthy and have built imposing courtyards in the village.

One of these courtyard is also hosting a museum dedicated to the old Tea and Horse Road. Another highlight of Donglianhua is its Ming-era Chinese style mosque at the centre of the village. 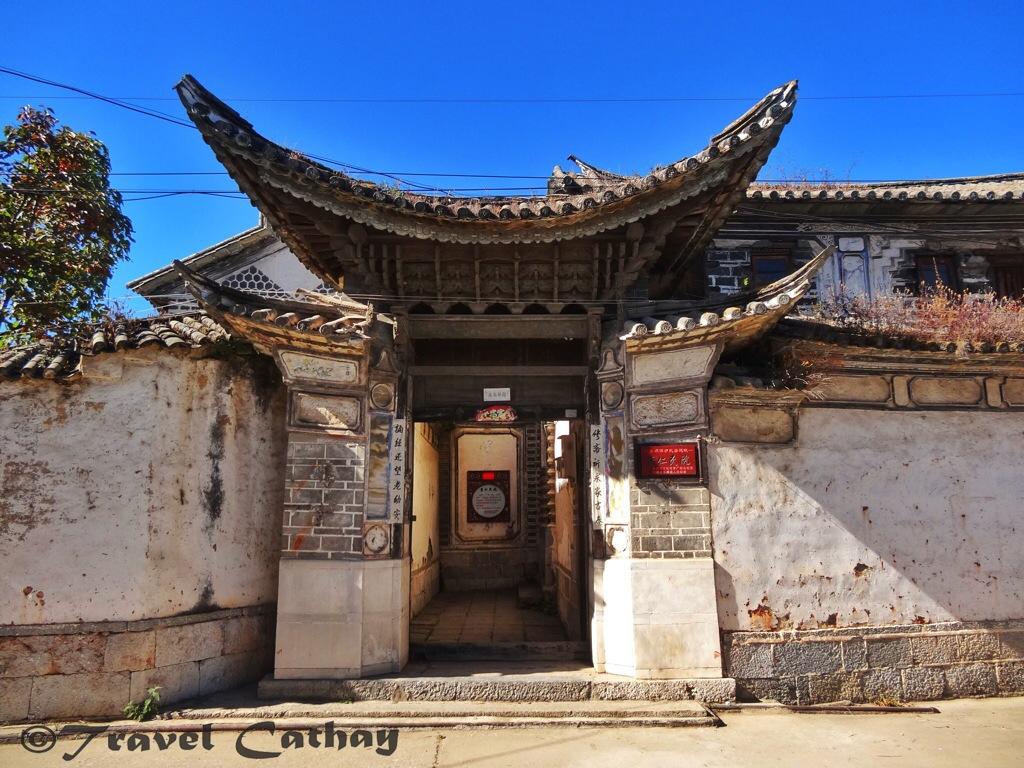 Xizhou (喜州) owes its very existence to the local entrepreneurs and business men who took advantage of the old Tea and Horse Road. A few families became wealthy thanks to trade and have built impressive courtyard mansions. Well-preserved, these courtyard are still inhabited by locals or have been transformed into museums.

Very close to Dali (大理), Xizhou remains an off-the-beaten path destination of choice for those who want to admire local Bai architecture and escape the crowds. You can complete your visit to Xizhou with a bike ride or a hike to Erhai (洱海). 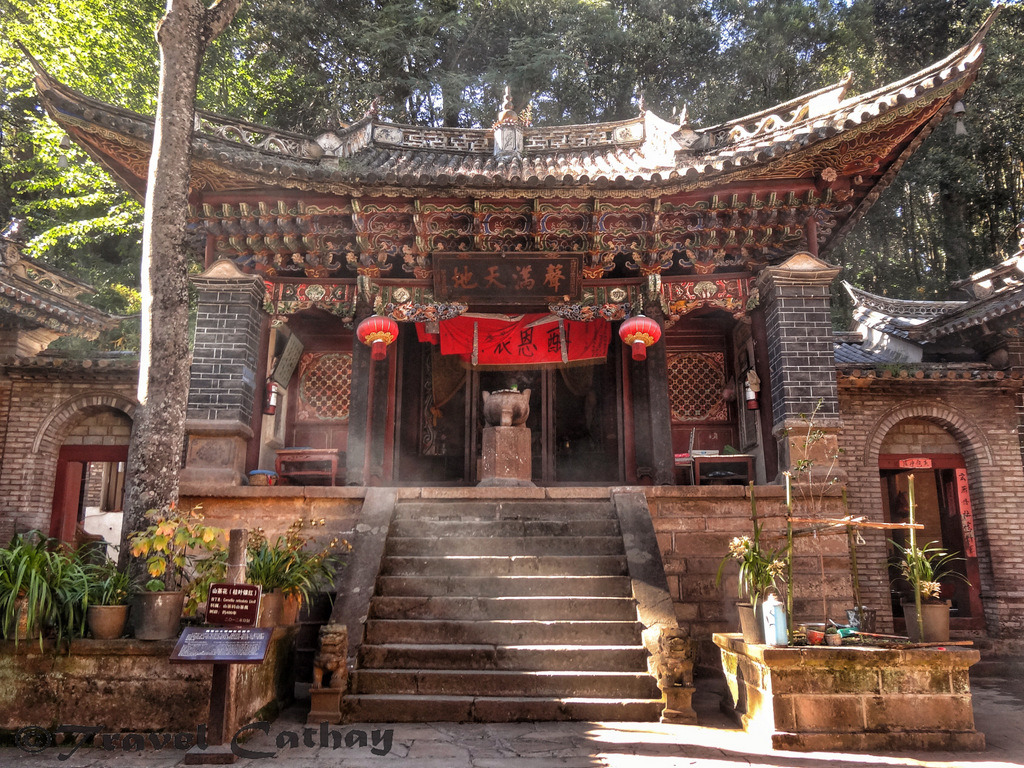 Although Mount Weibao (巍宝山) is not an ancient village on the Tea and Horse Road, it is worth going there for several reasons.

First, Mount Weibao is an interesting alternative to the Dali's Cangshan (苍山). Much like the Cangshan, Mount Weibao is a mountain dotted with more than twenty Taoist and Buddhist temples that offers an easy 3 hour hike in the forest. Sure, you won't have the same view on Erhai (洱海) and Dali, but you won't see as many tourists either.

0 responses on "5 historical villages not to miss in Dali"