Influx of Chinese students emerges as a big business in U.S. 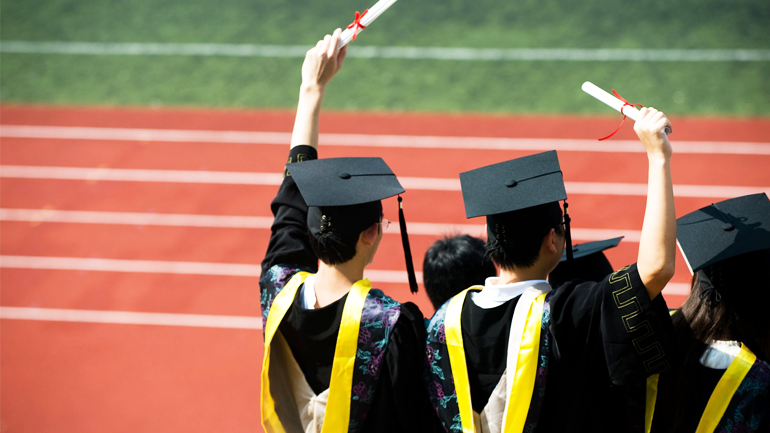 In 1981, when Erhfei Liu entered Brandeis University as an undergraduate, he was only the second student from mainland China in the school's history. "I was a rare animal from Red China," Liu said in an interview, "an alien from the moon."

The number of Chinese international students has increased nearly fivefold since the 2004-2005 academic year. Evan Ryan, U.S. assistant secretary of state for educational and cultural affairs, attributed the huge increase to rising incomes in China, as well as the excellence of American education. "There's a growing Chinese middle class interested in their children's education," Ryan said. "The Chinese want to be competitive in the 21st century."

Particularly remarkable is the fast rate of growth in the undergraduate student population. Chinese graduate students once far outnumbered their undergraduate counterparts at U.S. schools, but by 2015, 41 percent of Chinese students in the United States were undergraduates, compared with 39.6 percent for graduate students. Peggy Blumenthal, senior counselor to the president at IIE, attributes the increase in Chinese undergraduates to the expansion of international high schools in China, where students improve their English and prepare for U.S. tests. "Rather than spending all their time preparing for Chinese tests," Blumenthal said in an interview, "they learn how to present themselves in ways which are much more helpful" for acceptance to U.S. universities.

The dramatic rise in the number of Chinese students in the United States has led in some cases to concerns about the students' ability to integrate into U.S. campus and social life, which often centers on sports, social clubs, and community organizations that may be unfamiliar to Chinese students. College administrators and Chinese students themselves have noted their tendency to socialize primarily with each other rather than engaging with the broader student community. In response, many campuses are being proactive about helping Chinese students engage in campus and community life. The University of Illinois now broadcasts football games in Chinese. Purdue University in Indiana has hired Chinese-speaking counselors to staff campus mental health centers. University of Iowa's Tippie College of Business, where one in five students is Chinese, has provided instruction to professors on how to correctly pronounce Chinese names.

Even with the challenges, Blumenthal views the influx of Chinese students not just as a net positive for the Chinese students themselves, but also for their American classmates. "America is going to be dealing with China as a partner and as a competitor for years to come," she said. "By having the opportunity to engage with undergraduates as peers, it will provide Americans students with the skills they need to be effective in the workforce." U.S. authorities echo the sentiment, saying student exchanges form an important part of public diplomacy. "Having these Chinese students on U.S. campuses helps to build a bridge between China and the United States," said Ryan.

It's not just about bilateral bonhomie; the influx of Chinese students into the United States is also big business. In the 2014-2015 academic year, Chinese students pumped $9.8 billion into the U.S. economy through tuition and fees, according to the IIE report.

0 responses on "Influx of Chinese students emerges as a big business in U.S."