The legend of Milu 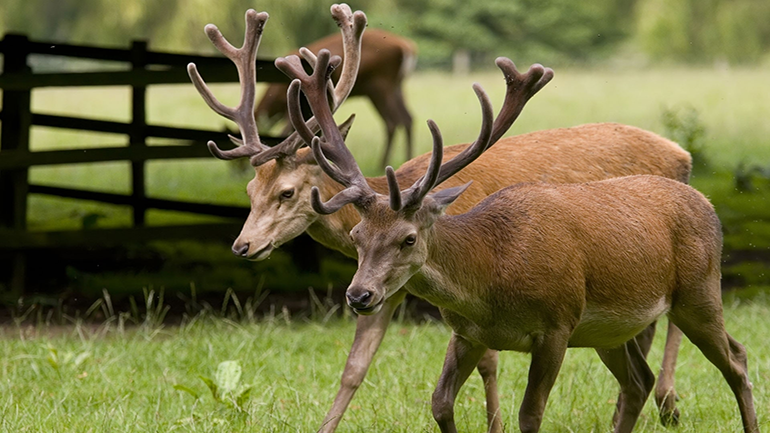 Milu is known as "sibuxiang" in Chinese, which means "four ways of being unalike (四不像, sì bú xiàng)" due to its unique appearance, with a horse's (马, mǎ) face, donkey's (驴, lǘ) tail, cow (牛, niú)-like hooves and deer's (鹿, lù) antlers. It is one of China's endemic species, in addition to the giant panda.

More than 4,000 years ago, the King Zhou of Shang ruled the land but people were not satisfied with him and prepared for an insurrection.

To defeat the King, a horse, a donkey, a cow and a deer went into a forest together and practiced to be immortals. They finally succeeded but they found they could not overcome the King and the whole kingdom behind him. Therefore, they transformed into one creature that combined the speed of the horse, the strength of the cow, the donkey's keen sense of direction and the nimble agility of the deer. This new animal then galloped to the Kunlun Mountains to seek the advice of the Primeval Lord of Heaven.

The Lord was astonished at the sight of the creature. "It's unlike any of those four creatures!" he exclaimed. Upon learning of the animal's quest, Lord gave his blessing and dispatched the creature to Jiang Ziya, who was battling the King. Jiang Ziya rode the creature to victory over the King and helped to start the Zhou Dynasty.

After fulfilling its vow, the milu settled in the lower reaches of the Yangtze River. The animal became a symbol of good fortune and was sought by later emperors who believed eating milu's meat would lead to an everlasting life.

0 responses on "The legend of Milu"