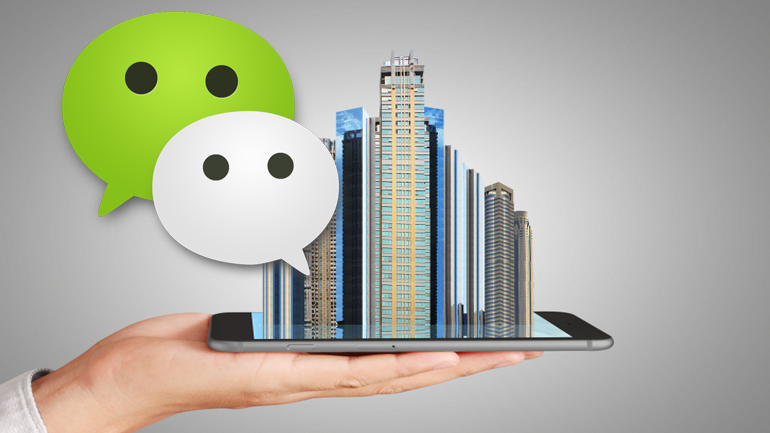 Hao brokered the sale through WeChat, China's most popular instant messaging app. She does this a lot, and she's not alone.

"I'll put up a floor plan and say that a new property is good and the location is great. Then people will say 'I'm interested' and buy," she said.

WeChat in China has grown into a seamless one-stop shop for common apps: users can watch movies, call cabs, share photos, buy clothes, play games, and even offer personal loans. Lately, it's turned into something of a real-estate sales platform – specifically connecting Chinese buyers with agents in the US. Chinese nationals are the largest group of foreign buyers of US. real estate, and they're willing to pay more than all other nationalities.

And there are 650 million  — largely Chinese – users on WeChat. That's more than double the US population.

"I would pay $100 a month to use WeChat," said Jing Wang, a real estate agent for Lin Pan Realty Group in New York. "It would be much harder to be introduced and reach Chinese clients because many of the social websites are blocked in China." All of his Chinese clients communicate with him via the app. He says he's sold properties of up to $5 million in value, with the buyer staying in China through the entire process.

WeChat has become essential to consumers' daily lives. WeChat has become so ubiquitous that it has changed Chinese consumers' mobile behaviors in profound ways. For the buyers seeking investment properties, the prospect of a 15-hour flight from the east coast of China to New York is reason enough to rely on WeChat.

But there's also the issue of trust. Buying a multi-million dollar investment from someone you've never met before seems reckless. But users such as Hao use their apps as a personal blog: she posts photos and writes about her food, clothes, makeup and lifestyle. "They know exactly who I am. You show you have a personality — that's what makes a sale," she said. Maurice Owen-Michanne is another New York City based agent who who has sold a property worth $4 million over WeChat.