Why exercise gets snubbed among China’s fat women 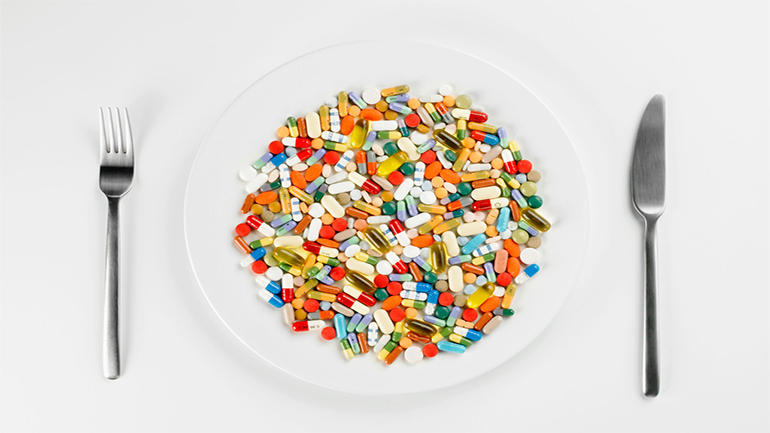 Statistics show that Chinese women are 'fatter' than ever before. But most have no idea how to exercise – and would rather take diet pills, fast and play on their phones instead.

Fifteen years ago, I was playing on a bouncy castle at a park fair in Shanghai, when a member of staff heckled at me to get off, lest I should make the entire thing collapse.

I was a teenager and weighed 9.5 stone.

While I've slimmed down since those awkward years through a combination of healthy eating and exercise, Chinese women on the whole have 'fattened up' – according to recent statistics.

For China, 'fat' is increasingly the new normal.

While 57kg might not seem much by Western standards, it is a dramatic change given the short time span in which it's occurred. In the UK, such growth takes decades.

A 2009 study showed that British women's weight had increased by 2.5kg from the 1950s. While China does not have an adult obesity problem, yet, there is a worrying trend in child obesity and experts have already warned of "an emerging epidemic". Last year, the Lancet reported that 46 million adults were overweight or obese in China – 27 percent of women and 28 percent of men.

For now, expanding waistlines are fanning anxiety among women, resulting in phrases such as "I need to lose weight" being as thrown about like never before.

"The thinner the better" is the attitude. Women speak openly about weight loss, and female friends and colleagues are supportive of dieting and try to lose weight together.

Much of this is down to the social pressure on women to be thin, in line with the traditional 'Eastern' ideal of femininity.

"Being thin and weak represents femininity and beauty in China" explains Prof Gao Yunxiang, who specialises in Chinese women at Ryerson University.

Anything that builds strength, or muscle definition, is considered unattractive and masculine. Women are rarely seen doing weights; members of my Pilates class in Beijing often tell the instructor that they want a flat stomach, but won't do anything that develops their calf muscles.

'Working out' in a gym is a relatively new concept for most, borne out of a modern consumer culture. While a boom in fitness centres has been reported in cities, it's still a tiny minority of the middle classes that take structured exercise.

Even with weight loss being the primary motivation, most women still opt for 'softer' exercises such as brisk walking, yoga and dancing, says instructor Xu. "These activities are favourable as they allow Chinese women to show off their feminine elegance."

According to Xu, while women often have clear goals, they have "muddy ideas" when it comes to what physical training works, or 'how' to exercise on their own. Even basic knowledge cannot always be assumed: "some [women] aren't even sure if they should be sweating," he adds.

A woman huffing, puffing and drenched in sweat is a rare sight in China. Instead, you're more likely to encounter a line of healthy young ladies walking briskly on treadmills, while men run nearby.

Unfortunately, without putting in due effort, weight loss goals are difficult to achieve (this might seem obvious to us, but it’s not in China).

As someone who regularly runs on a treadmill, my enthusiasm for exercise is seen as an oddity. Gym instructors have approached me on numerous occasions, commenting on my 'vigorous' exercise. A couple even suggested I tone it down; one asked me straight out if had spent time abroad since only 'Western women' run.

"The contrast between how Western and Chinese women work out could not be more striking", says Xu. "Western women see beauty in strength. Their methods are much more scientific; they also work out for longer."

Chinese women are often unwilling to get tough on their bodies. Compared to the UK, where you'd expect a personal training session to 'kill you', China lacks the same "no pain no gain" culture. Women take it easy –breaking to chat, or playing on their phones.

Traditional Chinese Medicine (TCM) also has a big influence on perceptions of the female body and what it's capable of physically. Many in China believe that strenuous exercise is actually bad for women – based on the idea that a woman's body is intrinsically weaker than a man's and requires special nurturing.

TCM principles specifically warn women against sweating too much – it harms the 'qi' (or 'vital energy') in the liver, something the female body is particularly sensitive to – apparently.

These widely-held beliefs are prevalent in my own family. "Don't run so much," my grandfather repeated on the phone this week. While writing this piece my mother commented: "You definitely won't be able to have children if you continue running 10ks."

Such discord between gender and physical activity may be better understood from a historical perspective.

Traditionally, Chinese women were not permitted to leave the house except on special occasions and the grotesque practice of foot binding anchored them inside the home. It lasted for over a thousand years (until the middle of the last century), and forced women into a dainty, wobbly gait that was restrictive and painful. All very attractive of course, by men's standards.

These practices may have no place in today's society, yet the cultural ideas that saw it prevail are nevertheless "consistent" with re-emerging notions about femininity, says Dr Gao. Women should still not be overly active even if tiny bound feet are no longer stopping them.

Such gendered ideas were tossed aside during the Mao era – but only briefly. "Nobody talked about the female body being weaker back then," says Prof Gao. Willowy housewives became "iron women" at the command of the Communist state, made to work in factories and fields just like their male counterparts.

But with the collapse of such ideologies and rising consumerism, young women in China are now rebuffing the genderless notions that once put their parents in Mao suits, and embracing their femininity.

Rising expectations to look and behave a certain way adds to the notion that thin equals feminine.

A study in 2011 showed that Chinese women were less likely to exercise than men but eight times more likely to take 'drug' treatments for weight loss. Female college students are just as likely to fast, take diet pills, or vomit as they are to undertake strenuous physical activity, a recent study revealed.

Fasting is common in young women trying to lose weight.

Sisi Chen, a 25-year-old graphic designer from Beijing, agrees. "I feel that not eating is the best way to lose weight. "

Many of Sisi's friends were also trying to lose weight, but none went to the gym.

Chinese society is clearly having a hard time accepting that women are fatter. It's happened so fast that attitudes have not had time to catch up.

0 responses on "Why exercise gets snubbed among China's fat women"