Have a wonderful weekend with a $25 budget in Shanghai 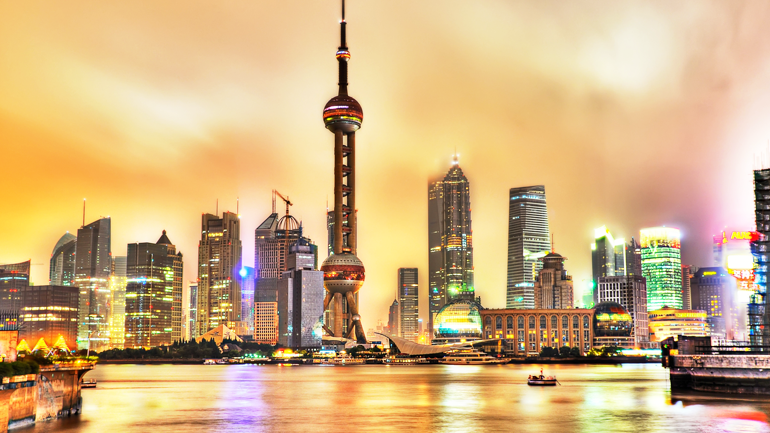 Shanghai may be an international metropolis and global financial hub, but you can still have an awesome weekend here.

The fantastic thing about Shanghai is that public transit is cheap and convenient, and many of the main attractions are in the city center, within easy walking distance of each other. A $25 a day budget may not sound like a lot, but you can have a fun, delicious time by living like a local.

Saturday: Lay of the Land

Kick the day off with a jianbing, a savory breakfast crepe (which costs about $0.50). Found street-side throughout town, it's made from corn, soya bean and wheat, covered with scrambled egg, cilantro, green onion, and pickled mustard tubers, before sweet soya bean paste and a deep fried wonton skin is added. Served in a plastic bag, this is an excellent snack to warm cold hands while on the move.

Flag down an open-top, double-decker from Big Bus Tours for 24 hours of unlimited travel on their red, blue, and green routes ($15). Tickets can be bought at their bus stops, which run from 9 a.m. until 6 p.m. in the winter, or 8 p.m. in the summer. Begin at Nanjing Road, and take the red route to get a feel for the city. It's possible to hop off at popular People's Park, the shopping mecca of Nanjing East Road and the historic Bund, to get lost in the rabble of local Shanghainese enjoying their weekend.

Walking along Shanghai's food-lined streets certainly whets the appetite. Get off the bus at Yu Garden to enjoy authentic Shanghai xiaolongbao, (soup dumplings; $2). If it's the right season (October to December), upgrade to the hairy crab variety—these are not to be missed.

After lunch, switch to the green route, the temple tour, to visit the Jing'an and Jade Buddha temples (admiring them from the outside is free; but entry costs $8 and $3, respectively). Both Buddhist places of worship give guests an alternative view to the modern, materialistic shopping centers in the city.

Before the sun begins to set, switch to the final blue route, the Pudong tour, to cross the Huangpu River and take in 360 degree views of the iconic Lujiazui skyscrapers. Get off the bus at the Oriental Pearl TV Tower, and do a lap of the elevated pedestrian ring road at the center of the financial district.

End the bus tour back at the Bund, and wait for the city's iconic buildings to light up on both sides of the waterfront as the sun sets on the city. Take a slow stroll back up Nanjing East Road toward People's Square. Join the large gathering of synchronized, dancing grannies hitting every note that blares out from their stereo system in the pedestrianized zone (free).

For dinner, find a busy shaokao (barbeque) stand on one of the side streets. Stick to steamed bread and vegetables to ease the stomach into the local lifestyle, and enjoy the peppery and cumin spices shaken over the chargrilled treats ($2). End the evening by grabbing a Tsingtao beer from a local convenience store. Enjoy this roadie because hey, this is China after all, and it's okay here ($0.50).

After calculating the previous day's expenditure, last night's beer may seem a little excessive. Drown these worries in soya milk and a breakfast of youtiao (deep-fried breadstick), easily found around town—the breakfast of champions ($0.50).

Ride the metro to Qibao, an ancient water town on the outskirts of the city ($1.50). Pose for photographs against a backdrop of Song, Ming, and Qing Dynasty architecture. If you get hungry, sample traditional snacks such as mooncakes and stinky tofu—it tastes better than it smells ($1.50).

Take the metro back to People's Square and find the marriage market at the center of People's Park. Browse photos of the city's fine, young, single men and women, which are flaunted by worried parents in a desperate attempt to facilitate a grandchild. Visit the English Corner nearby, and watch as attendees clamor to practice their English skills on foreign visitors. After, amble toward the Shanghai Museum in People's Square for free entry and to view their collection of more than 140,000 precious Chinese relics.

As the museum closes its doors, head for any one of the city's many hole-in-the-wall Xinjiang restaurants for fresh, hand-pulled noodles ($1.50). Watch as a sinewy chef magically works the dough into thin, uniformed noodles, before quickly boiling them in a pan and adding them to a rich soup broth. Then enjoy.