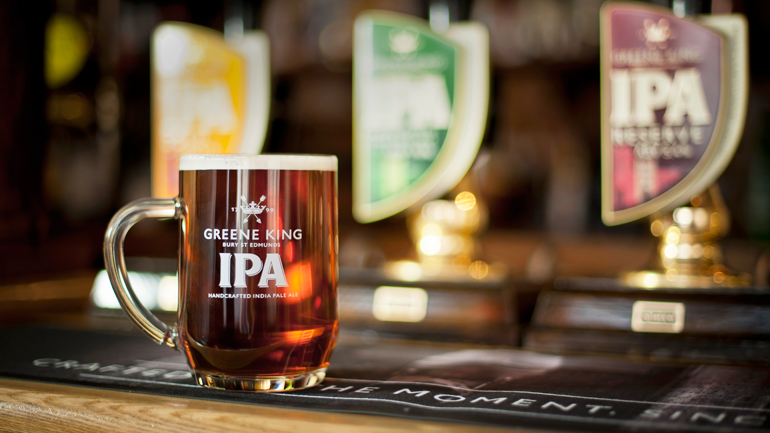 When David Cameron invited China's president Xi Jinping for a swift pint last month, he was hoping to seal a "golden era" of relations between London and Beijing.

But Xi Jinping's trip to the prime minister's local pub had another unexpected consequence: it transformed China's red emperor into an unlikely poster boy for British brewery Greene King. 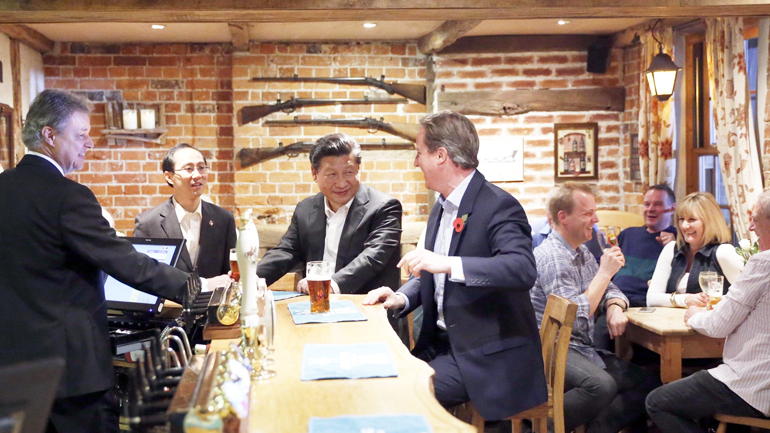 Sales of Greene King IPA, a pint of which Xi was pictured sipping during his recent visit to The Plough at Cadsden pub in Buckinghamshire, have reportedly soared in China following last month's state visit to Britain.

"It has just gone berserk. It's unbelievable," said Peter Bloxham, a British businessman who imports Greene King beers into China. "Within two days of the great bar scene … people from all over China were ringing: agents, restaurants, bars, hotels. They wanted this beer."

"You couldn't pay for the promotion. It would cost you a fortune," added Bloxham, who said orders were now coming in "from north, south, east and west." "We are now completely out of stock in our warehouse in Beijing of everything to do with Greene King," he said.

But it has also proved a boon for Chinese bars. In recent weeks at least one Beijing watering hole has started using images of the Xi-Cameron drinking session to draw in customers. "Come and drink beer here. We have the same Greene King beer that Xi Dada drank," reads its sign.

Nor is the boom limited to China's political capital. Newspapers from as far afield as Xinjiang have reported a spike in the beer's consumption.

Xi's pint immediately ignited the "passion and curiosity" of drinkers in Xinjiang, according to Tianshan Net. "Before, we were selling about 100 litres each day. Now we can sell as much as 200 or 300 litres," the landlord of one pub in Urumqi said.

"Bring me another glass of IPA beer – the one that Big Daddy Xi drank!" a customer was heard demanding, according to the website's correspondent.

Xinjiang beer aficionados said the IPA's "floral aftertaste" meant it compared favourably with the local lager, Dawusu. "The first bite is a little bitter but it gets better and tastes a bit like the smell of flower," Tianshan Net reported.