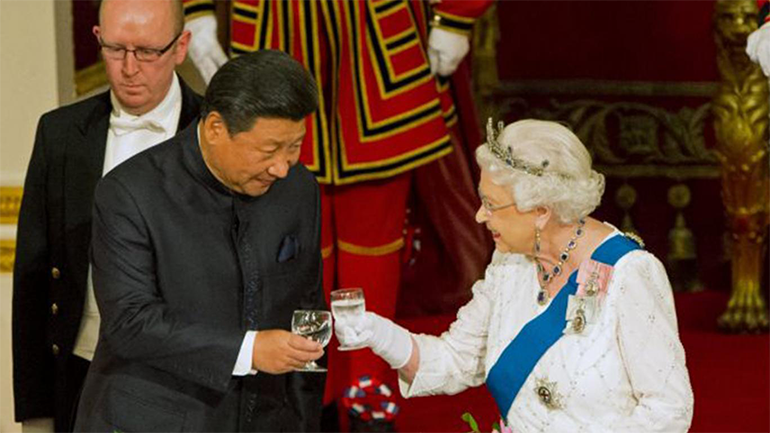 During president Xi's state visit to London, the images of Xi toasting with the Queen at the state banquet in Buckingham Palace went viral on the Internet in China. Some careful netizens noticed that the president toasts with the Queen with his glass lower than the Queen's. Why? Is there any trick in it?

Actually, this small act is a typical sign of the Chinese toasting etiquette – one's glass should be lower than the elder with whom he's toasting to show his politeness and respect.

Drinking together is an essential part of socializing and camaraderie. "A thousand cups of wine are not too many when drinking with a bosom friend," according to an old Chinese saying. As part of Chinese culture, toasting has its rules that may be different from those in the Western culture.

1. One should never refuse to participate in a toast, as that could be interpreted as being impolite. All people sitting at the same table must stand up, upon the initiative of one of the guests, and toast in succession;

2. Elderly people and superiors should be served first. One should not raise his/her glass higher than those of the respected elders;

3. If "干杯" is called, the drinkers must toss their glass, and then show the other guests that their glasses are empty.