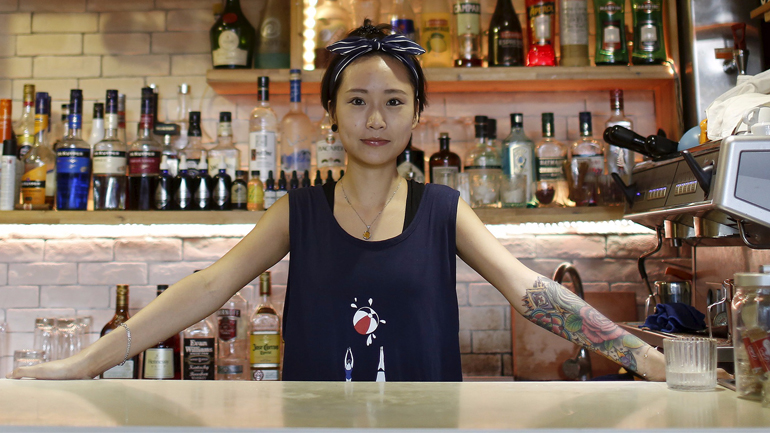 Quitting her job as receptionist, joining rock bands and chancing her tattoo-sleeved arm at small business ventures would once have branded college graduate Ding Jia as a rebel in China. Now she can claim state endorsement as a "creative".

"I haven't had a formal job in years," said Ding, 31, sitting in her tiny coffee and cocktails bar on a trendy Shanghai street. She has no regrets, but no illusions either.

"Entrepreneurship can be a really hard experience," she said. "Profits can be so thin."

While most parents might warn their children off high-risk, low-reward self-employment, preferring jobs in government or state-owned enterprises, Ding says her Shanghai nurse mother and cab driver father were supportive.

recent graduates who start their own businesses are being hailed in state media as a new creative class that will build China's Silicon Valley.

In addition to warm words, many are receiving training, subsidies, free office space and other support from district governments and universities.

Optimists hope the next Jack Ma or Mark Zuckerberg will emerge from this pool, but sceptics say the policy is setting up inexperienced kids for failure.

Parker Liu, currently COO of a mobile technology startup in Beijing, began launching new companies before he graduated. He said district officials regularly scoured entrepreneurship events seeking startups to subsidise, often on the understanding that the company would register in their district.

Liu said he had received small subsidies from district governments and helped introduce officials to other startups, but was doubtful about the benefits.

"The real problem is the money doesn't come with education … These government officers, they didn't know much about entrepreneurs or startups, but they know a lot about political evaluations. They have a quota."

Liu said the support also encouraged too many into sectors with low barriers to entry, such as e-commerce, mobile games, and college prep schools.

"In terms of helping the job market, this sort of thing is of marginal benefit," said Geoffrey Crothall, communications director at China Labour Bulletin.

"They have very poor management skills," said Cui of Dragonomics. "Most of the businesses run by college students I observe, only a few of them succeeded."

0 responses on "20-30% of Chinese grads aspire to self-employment, few succeed"