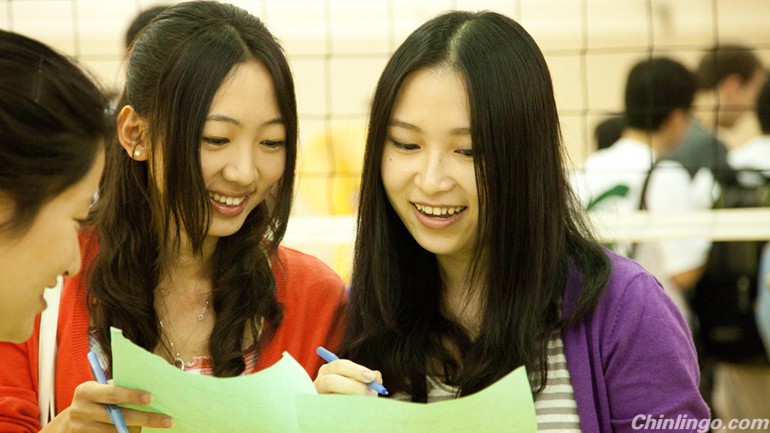 The report was released by the Center for China & Globalization, a think tank in Beijing, on Wednesday.

The report said business is losing its appeal among Chinese students studying in foreign universities.

By comparison, STEM－science, technology, engineering and math－remained at the top among that student population because of its future employment prospects. Meanwhile, some liberal arts disciplines, including international relations, are favored increasingly by Chinese students studying overseas, the report said.

Wang Huiyao, director of CCG, said the cooling down of business as a major is related to the economic situation in China.

"During the past several years, the Chinese economy has been growing at a high speed and business talent has been in great demand, which encouraged many Chinese students to choose business when deciding to study abroad," he said.

"But now, as people are enjoying the fruit of economic development and many Chinese families are getting richer, Chinese students may drop the idea of studying business to pursue material benefits. Instead, they may turn to some majors and disciplines that are less materially beneficial but can arouse their passion and interest, such as liberal arts."

Miao Lyu, executive secretary-general of CCG, said China's current commitment to improve soft power is another factor. "In recent years, China has made efforts to developing the country's soft power and has paid great attention to the development of the liberal arts field," Miao said.

The Trends in International Student Mobility Report, released in 2014 by British education company Quacquarelli Symonds, showed that the discipline of international relations has gradually gained popularity among international students across the world from 2009 to 2014.

Wang said a similar interest was also found among Chinese students who went out to study as international students. "A possible reason may be that the interest in relations between countries is growing, as an increasing number of Chinese people have been making trips to other countries in recent years," he said.