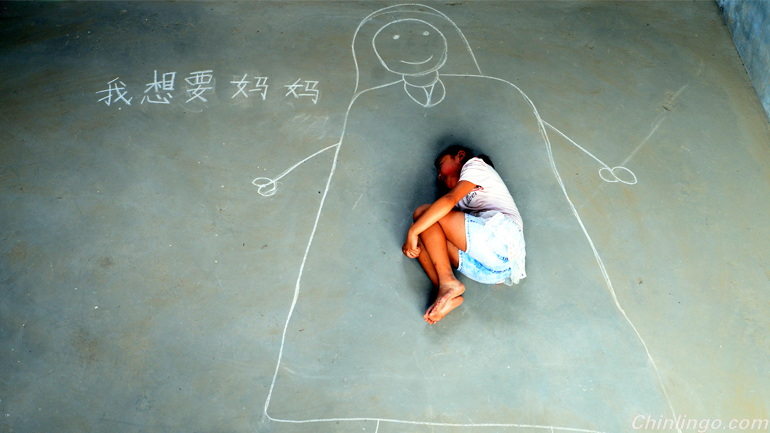 IMAGINE you are a young married man or woman in rural China. There are no jobs, so you find work in a big city, perhaps 1,000 miles away. But government restrictions mean that if you take your children with you they will almost certainly not be able to attend schools where you live, or visit a state doctor. And if your parents come to share the child care, their pension will be too small for them to live on. What do you do?

For the parents of 61m Chinese children, the answer is to leave them behind in the villages where they were born, to be looked after by grandparents (often illiterate) or other relatives. Another 9m are left in one city by parents working in another. The 70m total is almost the number of all the children in the United States.

These so-called "left-behind children" are a dark facet of China's shining economic development. They make up a disproportionate share of the population in the countryside, where children are four times as likely to be short for their age as urban ones, a measure of malnutrition.

This is a common pattern in other countries where parents move away from their families for work. Studies from the Philippines show that children of mothers working abroad struggle at school. In Sri Lanka left-behind children are almost twice as likely to be underweight as the average. But China's problem is both much larger—it has more left-behind children than the rest of the world put together—and largely self-inflicted, the result of restrictions on migration within the country.

China could transform the prospects of its left-behind children by abolishing hukou—a kind of internal passport that gives people and their children subsidised schooling and health care, but only in the place where they are registered. There has been a modest easing of restrictions, allowing skilled workers to change hukou and unskilled ones to move to smaller cities. But far more radical reforms are needed so that migrant labourers in the big cities benefit, too.

China's government should also give those living in the countryside the same property rights as urban residents. This would allow them to sell their homes, and thus help more of them to move to cities with enough cash to settle with their families.

More could also be done to help the most vulnerable children.

Companies that employ migrant workers could also contribute by, for example, making it easier for parents to phone their children during working hours or even setting up schools on site. At a time when many factories struggle to find workers, helping their families makes business sense, too.