Dong people – the most interesting ethnic minority in China 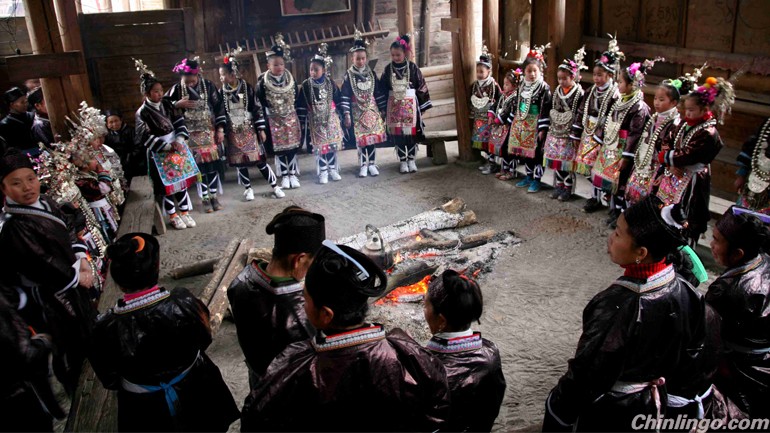 The Dong people live a tranquil, rural life in southern China as one of China's most interesting ethnic minorities, with a rich and diverse culture.

For outsiders, the most well-known cultural signatures of the Dong people are known as the "Three Treasures of Dong": wind-rain bridges (风雨桥), Dong drum towers (鼓楼), and the Kam Grand Choir (侗族大歌).  wind-rain bridge, a truly magnificent work of traditional Dong people architecture featuring a covered bridge with pavilions and towers. 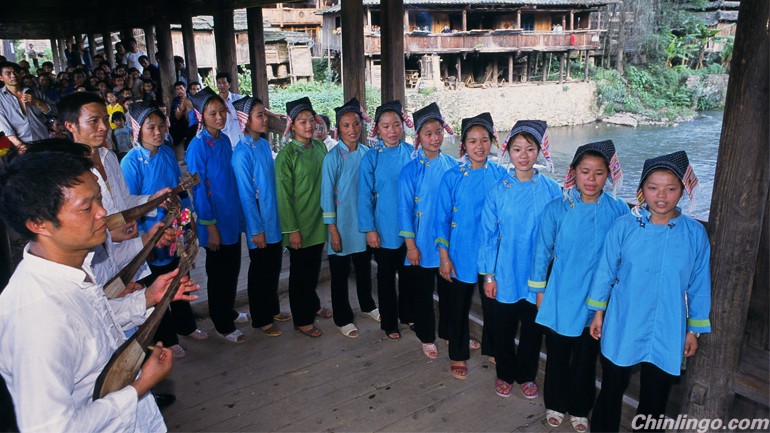 The famous Dong drum towers are an example of masterful joinery. Every Dong village has its own drum tower, all fitted with a qixin drum (齐心鼓, one will drum) on top. Drum towers also serve as the center of a village's social life. When guests visit, Dong people often lead them to the drum towers and sing, dance, and play the lusheng (芦笙), a traditional musical instrument, to welcome their guests. 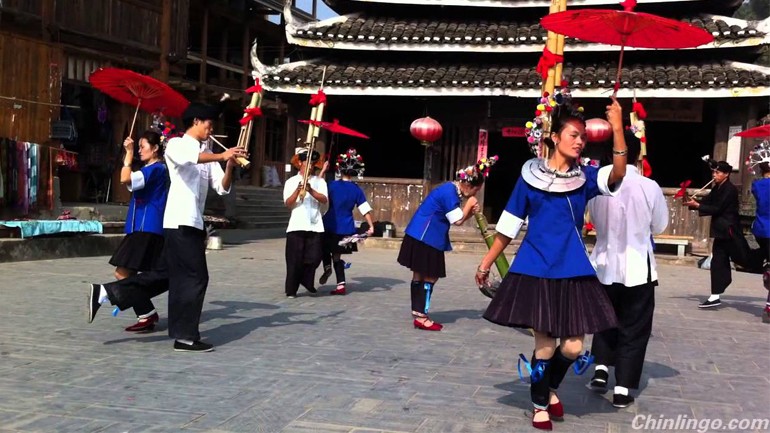 Favored by the Dong people, a good lusheng player is a greatly respected member of Dong society, and the manufacture of this instrument is also an important part of Dong craftsmanship. The Kam Grand Choir, the last of the Three Treasures, is perhaps more influential. The Kam Grand Choir, a polyphonic choir without musical accompaniment, has a history of more than 1,000 years and is internationally renowned, having been added to the UNESCO world heritage list in 2009. 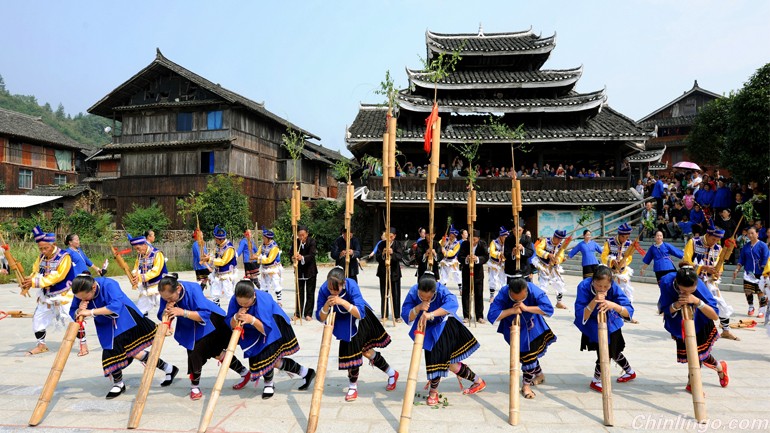 The Dong people have a saying: "Food builds your body, song builds your spirit". Lacking a written language, the Dong regard songs as the true medium of storytelling and expression—often following themes of nature, labor, friendship, and love. In the past, the Kam Grand Choir was usually performed to welcome guests, but today, in the heart of Xiaohuang Village (小黄村), Kam Grand Choir performance have become largely a tourism attraction. As tourists flood Dong villages, many of the locals are moving away, relocating to urban areas and assimilating with mainstream Chinese society. Concern grows as the Dong culture shrinks. There's no telling how long the essence of the Dong people, music, and architecture will remain, but, as Meng discovered, it is a heritage worth protecting.