Influences of the cyber subculture on Chinese language 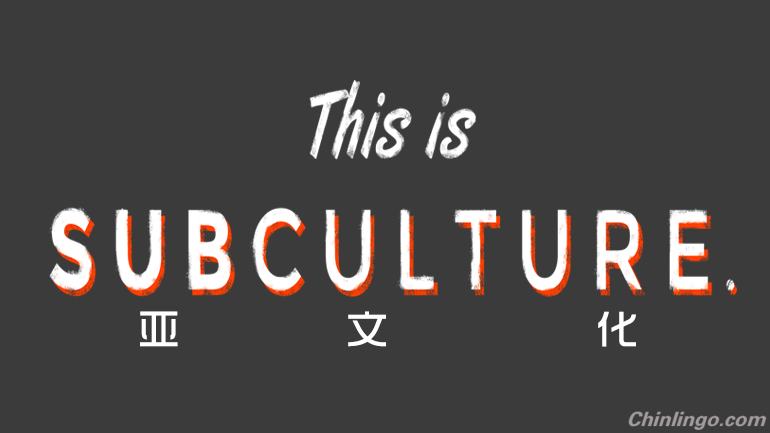 Chinese language is one of the basis for the Chinese civilization. It is the foot-stone and a messenger carrying meaning to the Chinese nation. Due to the popularity of the Internet, cyber catchphrases have been emerging one after another, and the Chinese culture has been adding various expressions and characters, some good and some bad. So people have called for the protection of the Chinese language, and this phenomenon has caused much attention in China.

What is cyber subculture?

Cyber subculture refers to the popular cyber culture, a kind of marginal culture characterized by its unique aesthetics and value. It easily penetrates the mainstream culture and influences communication. It is a special cultural value system, thinking mode and life style. It's formed, followed and spread by the Internet users. The followings are the influences of cyber subculture on the Chinese language.

Many characters used on the Internet are using writing or pronunciation different from the original meaning. As they are frequently used in daily communication, the users don't mind whether they are written correctly or not over time. Here are two typical examples.

duang – made up of "成" and "龙". As the commercial of Jackie Chan (成龙) was spoofed, the character got popular on line over night. The character was made by putting "成" above "龙".

qiong – overlapping of three "买" (buy). It means that you will spend all of your money and become poor（穷, qiónɡ, if you keep buying, buying and buying.

2. The cyber slang is formed in various weird ways

If you don't have any basic knowledge of cyber slang, you will completely misunderstand what they mean and somehow get lost in communication.

MM- an acronym of Pinyin for Chinese characters, "美眉（měi méi）", which refers to a young and beautiful girl.

伊妹儿(yī mèi ér)- a homophone of "email". It sounds fancy to the Chinese speaker.

● New meaning for an existing word

斑竹- forum moderator; it has been popular since it was wrongly typed.

楼上- "upstairs" literally; it refers to the preceding post.

3. The youth become the largest prey of cyber subculture 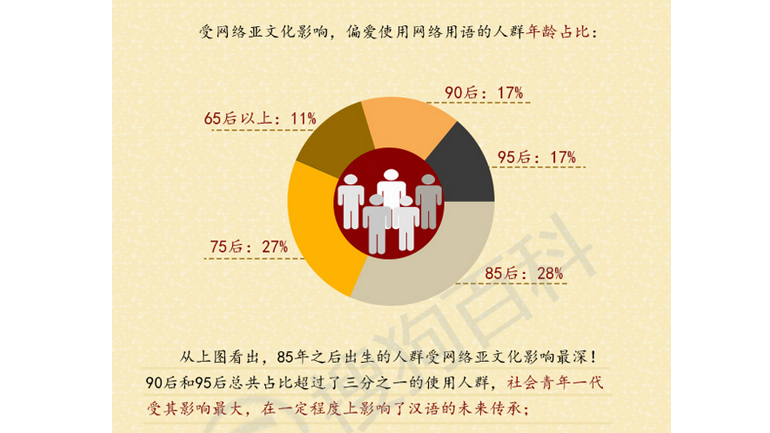 It can be seen from the above chart that those born after 1985 suffer the deepest influences of cyber subculture! Those born after 1990 and 1995 account for over 1/3 of the total cyber slang users. The younger generation become the largest prey of cyber subculture, which somehow affects inheritance of the Chinese language in the future.
从上图可以看出，85后人群受网络亚文化影响最深！90后和95后总共占比超过了三分之一的使用人群，社会青年一代影响最大，在一定程度上影响了汉语的未来传承。

0 responses on "Influences of the cyber subculture on Chinese language"