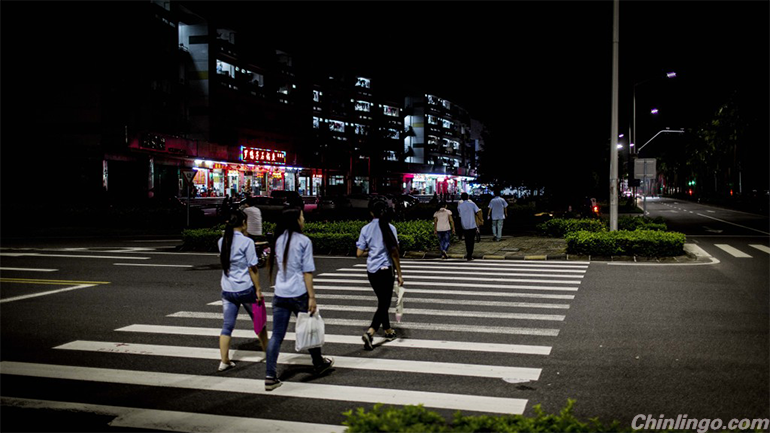 Xu Min (name changed), 19, is a second-year accounting student from Huanggang Normal University in the landlocked Hubei province of central China. Although she wanted to use her summer break to complete an internship relevant to her major, her school had different plans for her.

According to an investigation released this week by DanWatch, a Danish human rights research group, Xu Min is among thousands of Chinese students sent by their schools to the assembly lines of some of the world's biggest electronics manufacturers in China to make servers that will most likely end up at European universities.

The investigation took DanWatch to the assembly lines of Wistron Corporation in Zhongshan, which manufactures servers for HP, Dell and Lenovo, where it found Chinese students working against their will – they won't graduate otherwise – often between 10 to 12 hours a day for up to five months.

The authors of the report, Servants of Servers, investigated the supply chain of servers bought by European universities, which they say spent £340m on mostly HP, Dell and Lenovo/IBM servers in 2014. 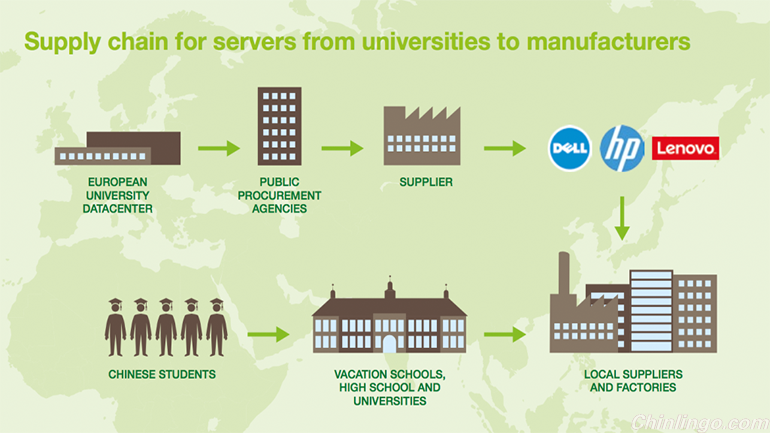 "Many students are forced to complete irrelevant internships, working overtime almost daily, and working night shifts. These conditions violate the Chinese labour contract, as well as the standards on internships set by the Chinese ministry of education. Furthermore the forced internships violate the International Labour Organisation's (ILO) convention on forced labour," the report reads.

While the students perform the same tasks as regular factory workers and are paid the same monthly wages – 1,530 yuan (£159) as required by law – they receive no social benefits or insurance, allowing the supplier to save millions of pounds because the factories enter into agreements with the schools and not the interns, the report alleges.

HP and Dell replied to DanWatch and sent unannounced independent auditors to the factory almost immediately. Both HP and Dell have temporarily suspended the use of interns on their production lines and committed to "investigate the practices at Wistron to be sure" forced labour is not being practiced there.

In contrast, China-headquartered Lenovo, sent out a generic response, stating that it "is strongly committed to treating its employees with respect and fairness, and protecting their health and safety".

0 responses on "DanWatch: Chinese students forced into internships in HP and Dell factories"