An interview with Tu Youyou on being awarded Nobel Prize 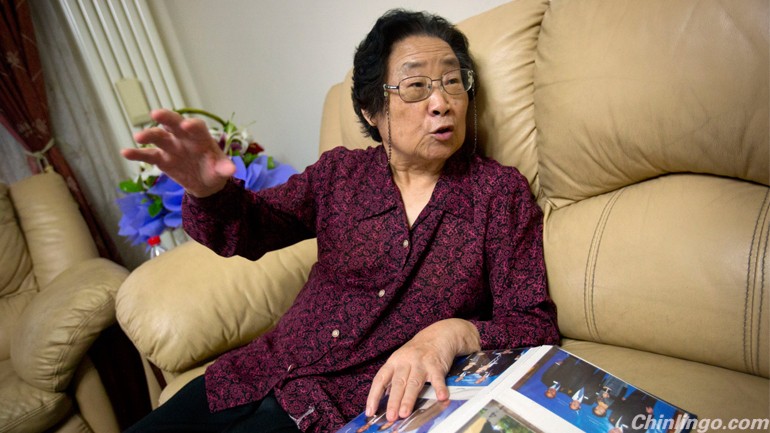 The door to Tu Youyou's 20th-floor apartment in Beijing was opened by her husband, Li Tingzhao. Mr. Li, a metallurgy engineer, has been serving as Dr. Tu's protector from the clamor of phone calls and well-wishers since the announcement this week that she had become the first citizen of the People's Republic of China to be awarded a Nobel Prize in the sciences. The honor for her discovery of artemisinin, a drug that is now part of standard antimalarial regimens, is being widely celebrated in China as a vindication of traditional Chinese medicine.

Her Nobel for medicine or physiology, which she shared with two other scientists who developed antiparasitic drugs, has also raised questions about the management of scientific research in China. Dr. Tu, 84, has been turned down for membership in the Chinese Academy of Sciences, apparently because she lacks foreign training and a formal doctoral degree. And some former colleagues have argued that the discovery of artemisinin, which grew out of a secret military project during the Vietnam War to fight the malaria that was debilitating China's allies in North Vietnam, was a group effort, not the work of an individual.

In an interview, Dr. Tu said she did not entirely disagree with that point of view, but noted that she led the team that made the crucial discoveries. Seated on a beige couch, she repeatedly turned to textbooks to make her points. She appeared in good health, though a little hard of hearing, which is why she missed the phone call notifying her of her prize. Letters of congratulations from the Chinese Academy of Sciences and Peking University lay on the living room table. Her husband proudly showed photographs of the couple in front of the White House when Dr. Tu traveled to the United States in 2011 to receive the Lasker Award for clinical medical research. Their apartment was filled with flowers from admirers and, toward the end of the interview, the mayor of Ningbo, her hometown, arrived with another bouquet.

Q. How did you start your work?

A. China had a very good relationship with North Vietnam and during the war, they had an epidemic of malaria. Soldiers' lives lost to malaria were two to three times those lost in combat. The malaria parasite had developed resistance to all drugs. The United States was working on it, too, because they were losing soldiers. At our institute, all research had been suspended because of the Cultural Revolution, but this was officially permitted by Mao Zedong and Zhou Enlai. There had been no good results at a military hospital, so they came to my institute looking for help in 1969. They named me head of the program. I was young and ambitious, and happy to have something to do amid all the chaos.

Q. Given the chaos of the Cultural Revolution, what kind of equipment did you have?

A. We had electricity and water and microscopes. We always had them. The equipment was made in China. When we needed other things, we'd go to the military hospital and use theirs.

Q. After you tested artemisinin on mice and monkeys and it proved effective, you took the drug yourself. Were you afraid?

A. We worried whether the drug was safe. Two colleagues and I took it to show that it wasn't lethal. I thought it was my responsibility as a medical chemist and all part of the job.

Q. Were there other efforts underway in China to find an answer to malaria?

Q. Although you've been honored as the discoverer of this immensely important drug, you have not benefited from its commercial use.

A. China had no such thing as patents back then. We didn't know anything about patents. There were no boundaries of ownership or intellectual property. Whatever I did, I handed over to the leadership. Everyone in the mission contributed what they could.

Q. Are you disappointed not to have been admitted to the Chinese Academy of Sciences?

A. I applied many times, because people told me I should. I did receive a few awards for the discovery. At the National Science Conference in 1978, my team was given an award. As the team leader, I accepted on behalf of the team. The minister of public health personally recommended me for academy membership. However, many factors must come into play. It's complicated.

Q. There are critics, including former colleagues, who say you shouldn't have been singled out as the discoverer, that the work was a team effort.

A. Everyone is entitled to his opinion. We all believed in collectivism. All I wanted was to do good work at my job. Of course, I'd be nothing without my team. Foreign countries like the United States care a lot about which individual should claim credit. Foreigners read historical records and picked me. Chinese awards are always given to teams, but foreign awards are different. This honor belongs to me, my team and the entire nation.

I don't care that much. I just know that I did all those experiments. The records are public and anyone can check them. The important thing is to respect facts. History is history.

Q. Will you travel to Sweden in December to accept the award?

A. I've got a bad back. My doctor wants me to have surgery soon. I'll see how I feel come December. I didn't tell them I'm definitely coming. I didn't make any promises.