Lives in stark contrast: How was Chinese dream built in younger generation? 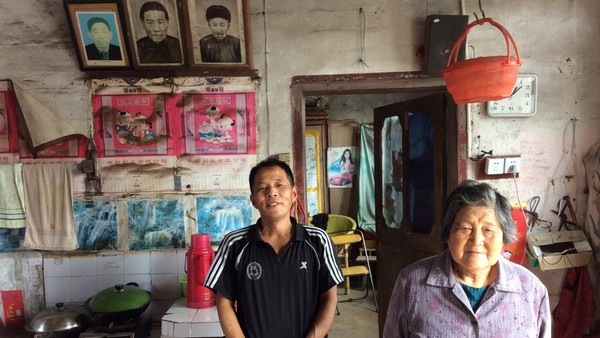 Wu Jiayao and Wu Jianfei are at opposite ends of China's migrant miracle. One was there at the very beginning, and the other came on the scene only as the miracle began to fade. The lives of this father and daughter are like bookends to the economic transformation of China. What a difference a generation makes.

Jiayao, 28, has a car, a flat, two degrees, a white-collar job and a money-market fund — not to mention a husband, a baby and the coveted right to live as a permanent resident of the ultra-modern city of Shanghai. 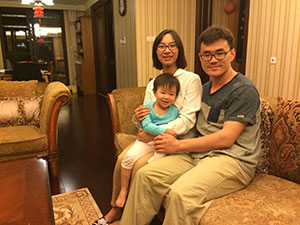 Jianfei, 50, has a simple one-storey home surrounded by peanut fields and drying corn cobs. He lives in an ancestral compound, alongside his octogenarian mother, in the village of Qinghu, in eastern China's Jiangsu province. It used to take a whole day to travel from Qinghu to Shanghai by boat; now it takes a couple of hours using a vast suspension bridge and multi-lane tunnel. What a difference three decades make.

In their own way, they are both foot soldiers in the migrant army that built the economic phenomenon that is China. This is the cohort that helped lay the foundation for a two-superpower world anchored at one end in Washington and the other in Beijing . But life in the trenches just isn't what it used to be.

Jianfei spent a lifetime away from his wife and his mother, and from Jiayao, who was raised in the village while her father worked as a painter far away. Sometimes, like other migrant construction workers, he lived in the flats he was decorating, inhaling the fumes of the paint he applied during the day. They are flats like the one his daughter now lives in — except, he says, hers is even nicer. For much of her childhood he came home only once a year, even when he lived in Shanghai, now just a short car drive way.

Two decades later, he had enough money to pay for only half of his modest Rmb100,000 home. It is spotless, shining and decorated with colourful ceramic tiles but is furnished with only simple wooden benches and a couple of bamboo-covered lounge chairs in the sitting room. 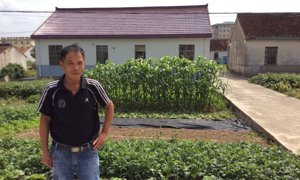 Though Jiayao went to university on a scholarship, the cost of raising her left Jianfei having to borrow half the money for his new house. The only signs of prosperity are the motorcycle parked in the sitting room, and a modest washing machine tucked next to the lavatory hand basin.

Jianfei's was the first generation of young men from his village sent out to labour as migrant workers, building the Chinese dream. As part of the village's construction team — a vestige of the days when the Communist party gave everyone a job and told them when and where to do it — he was sent to work in Shanghai, collecting a meagre annual payout of Rmb200.

Four years later, he moved to Xinjiang province to help build worker accommodation at the vast Karamay oilfields in the far north of the country. It took a week to get home, on a special migrant worker train, but at least the pay was 10 times what was available in Shanghai. Jianfei spent 11 years in Xinjiang.

And, thanks to that sacrifice, the daughter whom he seldom saw graduated from high school, received an undergraduate and a masters degree in Shanghai, became a teacher in one of the city's most prestigious high schools and then a human resources professional in an ecommerce company.

While her father still refuses to use an ATM machine, and keeps his cash stashed in the house, she saves in a money-market account and uses Alipay, the Chinese online payments service, to do her shopping, making most of her purchases online. She likes to dabble in investments, sometimes on behalf of her parents.

Now the flood of migrants to the cities has eased, and many of those who previously only squatted there — living in prefabricated hostels on construction sites or in fume-filled empty flats or in squalid warrens of rented rooms — are buying flats, getting married and settling down in cities forever.

What a difference a generation makes: the generation that separates Jiayao and her father. China, and its migrant miracle, will never be the same again.

0 responses on "Lives in stark contrast: How was Chinese dream built in younger generation?"