‘Beyond the Wall’: a life-changing experience for D.C. students 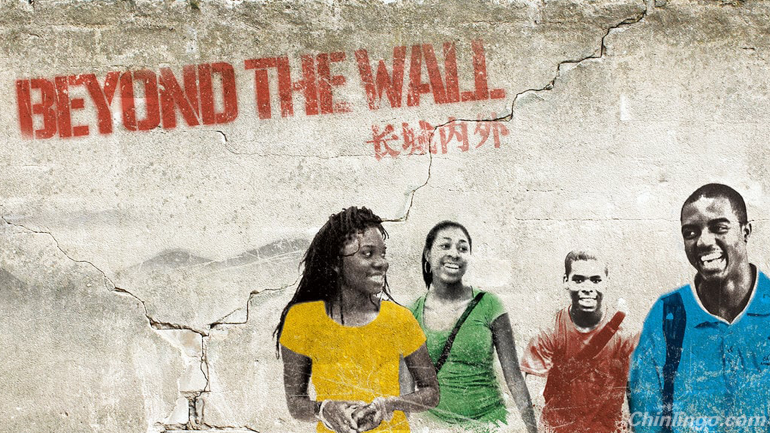 A documentary that follows four D.C. public school students to China is premiering on television Friday.

The film, seven years in the making, shows how a group of students were offered the chance to go on a free trip to study Chinese language in Beijing over the summer. It follows them over the course of the trip and beyond to see how the experience shaped their perspectives and their lives.

“I did not know much about China, and I had never been on airplane,” said Juanique McNeill, who attended Anacostia High School in 2008 when she was invited to apply for the scholarship. “It was really different from anything anyone I had ever known had done.”

Sally Schwartz, director of Globalize DC, an advocacy group, and an associate producer for the documentary, said there is a gap in the kinds of students who take advantage of study abroad opportunities that help students gain valuable language skills and cultural awareness.

“These opportunities should not just be for privileged or gifted students,” she said. “This film puts a different face on the experience of learning Chinese and going to China.”

The State Department and other organizations offer funding and programs to help high school age students study abroad, though it’s not always easy to convince students in the District to apply, Schwartz said. The trips to China featured in the film were funded and organized by a nonprofit called Americans Promoting Study Abroad.

The District is looking to expand study abroad opportunities for students in coming years. In March, city officials announced that the public school system plans to offer middle-school students who are studying foreign languages the opportunity to travel internationally. The D.C. Public Education Fund is raising money to pay for the trips.

The film shows the excitement and nervousness that the students and their families felt in advance of their trip to China, the challenges of learning a different language and getting along with a big group of people, and the exhilaration that came from walking on the Great Wall of China and volunteering to teach English at a school for the children of migrant workers.

When the students returned home, it was not easy for most of them to continue studying Chinese, because the language was not offered at their high schools. Peter Mambwe, who attended Wilson High School, was the only one in the group who had the chance to enroll at his school. Others learned through tutors or a continuing education program.

At least one student, in addition to McNeill, went on to study Chinese in college. Jeffrey Wood, a graduate from Roosevelt in Petworth, went to George Mason University where he had a double major in Global Affairs and Chinese. In an interview, Wood offered some advice for other young students contemplating study abroad.

“Take a chance. It was a life-changing experience for me,” Wood said. “Whether you like going to that area of the country or not, you will still learn and get a different perspective.”

0 responses on "'Beyond the Wall': a life-changing experience for D.C. students"