Ethical dilemma: Should we help an elderly person who has fallen? 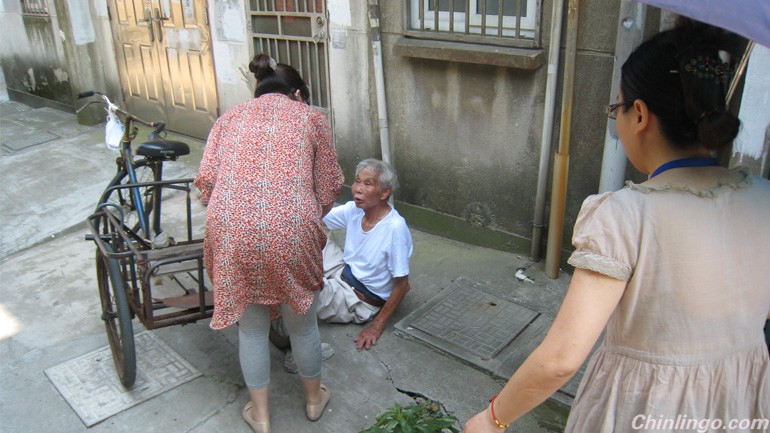 A student at Huainan Normal University is seeking witnesses who saw her helping an elderly resident who had fallen, after the woman's family accused her of being the cause of the old lady's fall.

Here are some comments:

In a civil lawsuit, a plaintiff who files a lawsuit against someone for being the cause of an accident needs to provide evidence to back up their accusation.

Of course the judge can make a decision based on indirect evidence, but in the student's case there is no evidence to suggest she was responsible.

However, the reality is in previous cases the courts simply asked the two parties to divide the responsibility if there was no evidence to show who should be held responsible. As a result, many will think twice before going to the help of senior citizens.

In some previous cases, senior citizens have accused good Samaritans of being the cause of their accidents but were finally proved to have told a lie, yet they got away without being punished. The judges failed to perform their duty because these elderly accusers violated the law.

The family of the senior said that if the student did not cause the accident, why did she extend a helping hand and even help pay for the emergency medical care?

This is absurd logic, as the woman didn't have enough money on her to cover the cost. Worse, such logic has been used in similar cases to extort money from a good Samaritan.

0 responses on "Ethical dilemma: Should we help an elderly person who has fallen?"