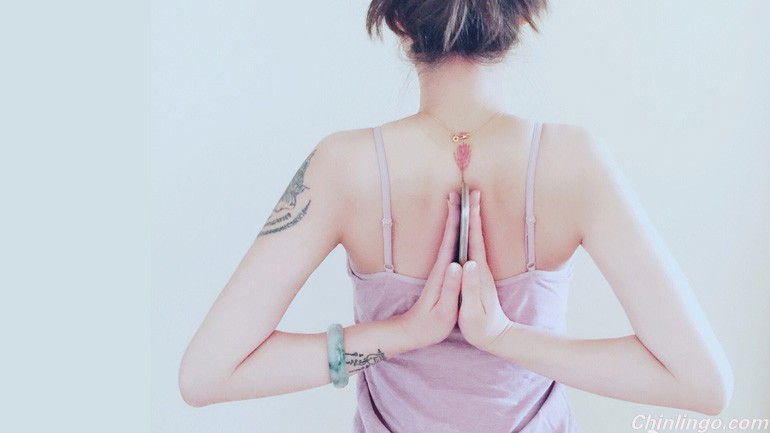 A new body challenge has emerged in China following the popularity of previous contortion tests, with the latest relying on flexibility.

The 'reverse praying' trend sees users uploading photos of themselves to social media with their hands clasped in a 'prayer' position behind their backs.

It is the latest craze of its kind following the collarbone challenge in which Chinese women attempted to hold a stack of coins in their collarbone but only after 300 million people tried to touch their navels from around their backs – to showcase their slim physiques.

The new physical challenge appeared on China's popular microblogging website Sina Weibo last week and like the belly button challenge, the new 'reverse praying' posture is about how flexible the body is.

Most of the participants have been young women who took the opportunity to show off their flexibility by holding their mobile phones between their palms.

The true test of the reverse prayer is how close the fingertips are to the neck as the higher the hands are, the more flexible the body is shown to be.

One user even went as far as to make a chart demonstrating the success of a 'reverse prayer' with a 'goddess' seeing the fingertips reach the top of the neck.

The practice has been slammed by several users, some opposing setting a standard that many would be physically unable to match, leaving them feeling inferior, and others objecting to the term 'reverse praying'.

One online user posted on China Weibo: 'It is certainly irreverent and insulting to those to whom religion is a key part of their life. Those posting these images should be ashamed of themselves.'