Live in China: How to rent an apartment in China 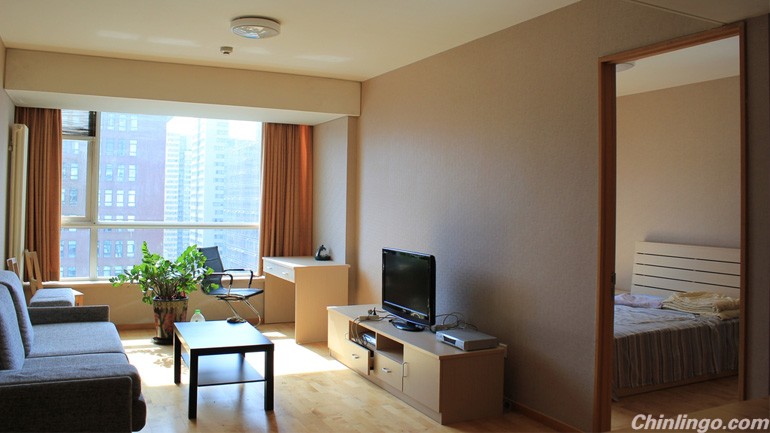 We already published two long guides on how to rent a room or an apartment in Shanghai and Beijing. In this chapter, I'll provide some general guidelines that should apply all around China.

First of all, do yourself a favor and ask your employer if they can provide you with accommodations. If you work for a university or a big firm, they can most likely arrange something for you (sometimes for free or at a bargain price).

If your employer can't help you, then you have two choices: look on the internet or find an agency.

How to find an apartment in China: The Internet

In major cities, there will be at least one website in English where you can find apartments for rent. The most famous ones are probably Smart Shanghai and The Beijinger . But you'll also find similar websites in second-tier cities such as Hangzhou or Chengdu.

If you don't speak Chinese and have nobody that can help you, then websites in English are your only option. The same applies if you're only looking for a room in a shared flat (and not for a whole apartment), as agencies will only rent you whole apartments.

However, even on the internet, it's extremely difficult to find a room in a shared flat because the demand is much higher than the supply. Just to give you an idea, when I left my room in downtown Shanghai, I posted a message on Smart Shanghai and within four hours, I had five people knocking at my door. A girl was willing to pay the deposit right away, so I gave the room to her. As you can see, good rooms disappear in a matter of hours. If you just want a room, my suggestion is to team up with two to three other people (you can find them on Couchsurfing or expat forums) and rent a whole apartment, as it's much easier and you'll get a better deal.

This is what I did: I found two other guys on Couchsurfing – they were both looking for a room in Shanghai, – we teamed up and got a nice apartment in downtown Shanghai (Jing An, close to line 2) for 7,000 yuan/month.

Another downside of the websites in English is that they target foreigners, so the prices are usually higher. If you speak Chinese, you may also try to look for a room/apartment on a Chinese website such as Sou Fun . Even though you should get a better price, be careful because many of the apartments listed here are handled by an agency and you'll have to pay an extra fee (from 35% of the monthly rent in Shanghai to 100% of the monthly rent in Beijing). It's the agency's commission and you only pay it the first month. This may also happen on English language websites but it's less common.

How to find an apartment in China: Agencies

If you can speak Chinese or know somebody willing to help you, then you can use an agency. Just start to walk around the neighborhood where you wish to live. You'll soon stumble upon an agency as there are plenty. Then, walk in and ask for an apartment with the amenities you want (remember to specify your budget).

The agent will probably start by showing you an apartment that doesn't respect your budget. The reason is that they work on a commission. So, if they can convince you to get an apartment that's a bit more expensive, they will earn a slightly higher commission.

Don't freak out. Remember that you are in China. Be polite but inflexible. Tell them what your budget is again and that you won't accept anything more expensive than that. However, remember to be realistic. For example, finding a decent apartment with two bedrooms in downtown Shanghai for less than 7,000 yuan/month is impossible.

Don't forget to bargain the price. This is widely accepted in China and usually you'll get some small discount (between 1% and 10%, according to your bargaining skills).

Another commonly-used tactic of agents is to start by bringing you to a very shitty apartment. They know you won't take it. They are just trying to scare you so that after seeing two or three flats that look disgusting, you'll be happy to rent an apartment that's just so-so. This is an old trick used by sellers of any kind and nationality. Don't fall for it.

If an agent brings you to a very bad apartment, tell him that you want something better. If the second flat is like the first, just tell him to fuck off and walk away.

There are plenty of honest agencies, so there's no reason to deal with someone that's trying to rip you off.

What are the expenses besides the monthly rent (security deposit, agency fees,electricity and so on)?

In Shanghai, you should pay the rent every month or, at the most, every two months. In Beijing, it's common to pay the rent every three months (or even six months). In general, each city has its own rules, but I won't agree to pay more than three months' rent at once. Also, you will have to pay a security deposit. Be aware that the landlord may ask you for a two or three months' rent deposit. However, you shouldn't accept to pay an amount of money higher than one month's rent as a deposit. Personally, I would walk away if someone insists on more than one month's rent as a deposit, as this is the standard.

When you find an apartment that you like, you must "block" it. This means that you have to pay a small amount of money in advance. Our landlord asked us for 2,000 yuan but we only gave him 900 yuan (our rent was 7,000 per month). In exchange, he gave us a signed receipt.

The following day, we came back to the apartment and, after we checked that everything was working (A/C, hot water, washing machine and so on), we signed the contract and paid two months' rent plus one month's rent as a deposit (all in cash, welcome to China).

We also paid a commission to the agent, which corresponds to 35% of one month's rent in Shanghai and 80-100% in Beijing. Usually, you will have to pay the electricity, water, gas and internet bills by yourself. The total amount shouldn't be more than 450 yuan/month (I've discussed the details in the "cost of living" chapter). So, if you're three people, it's about 150 yuan/month each. You can pay all the bills in a small shop such as Family Mart (besides the internet, for which you have to go to your internet provider's office, more on that later).

If you live in a big building, there will be some maintenance fees (which may vary but are usually around 100-200 yuan/month). Our landlord paid them by himself, but some landlords will ask you to pay these fees as well. Again, it's up to you to bargain.

0 responses on "Live in China: How to rent an apartment in China"