Live in China: The cost of living in China 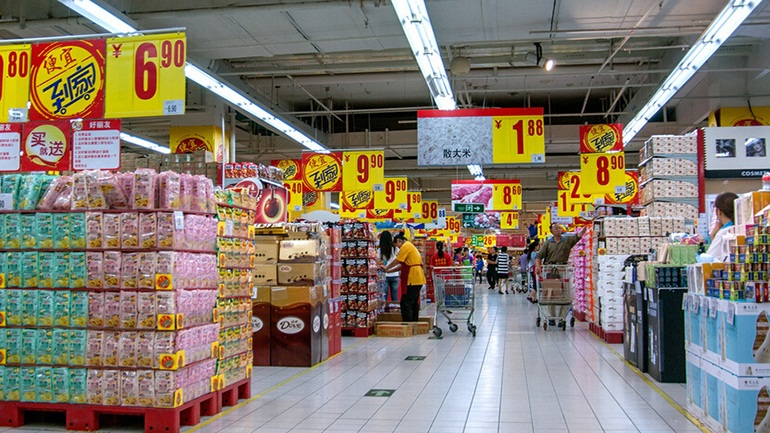 This is a tricky topic because the cost of living depends on the city you live in (Beijing and Shanghai are more expensive than second-tier cities such as Chengdu or Kunming, which are more expensive than the countryside) and on your lifestyle (if you like to drink mojitos in elegant venues and buy Italian extra-virgin olive oil at City Shop, you're going to spend much more money than people that hang out at Perry's – a popular cheap venue in Shanghai where Tsingdao beers are sold for 10 yuan each – and eat strictly Chinese food). Anyway, I'll provide you with some general guidelines.

Expect to pay at least 2,000 yuan/month for a room in a shared apartment in Beijing or Shanghai (close to downtown). However, the rent will be cheaper in a second-tier city. You'll also have to pay for electricity, water, gas and internet. My experience is that you shouldn't pay more than a total amount of 450 yuan/month (200 yuan for electricity, 60 yuan for water, 50 yuan for gas and 120 yuan for internet). I'm referring to the whole apartment, so if you share it with other people,you'll pay less than that (as you'll share the bills too).

You'll probably want a cell phone. I have never spent more than 100 yuan/month but of course it varies according to what you do. I'll talk about internet and cell phone matters in the sequel.

Food in China may be as cheap as 10 yuan for a big plate of jiaozi (Chinese dumplings) or lamian (Chinese noodles). However, if you want to eat meat and fish or go to expat restaurants, prices will go up quickly. It really depends on your diet. I cook myself and mostly eat meat, eggs and vegetables. Also, I eat "expensive" yogurt (7 yuan each; it's the only yogurt without sugar that I found) for breakfast. So, I spend about 70 yuan/day (or 2,100 yuan/month) for food and drinks (I mostly drink green tea or water).

The subway and urban buses are cheap, let's say 5 yuan/day or 150 yuan/month. Cabs may be expensive though, especially in Shanghai and Beijing.

So, the starting point is about 3,500 yuan/month, even in Beijing and Shanghai. Then you have to add entertainment (trips around Asia, dining out, getting drunk at M1NT, cigarettes, condoms or whatever you want), clothes, health insurance, VISA fees and international flights.

Keep in mind that in China, it's fairly common to get a couple of bonuses in addition to your salary. They may be as little as 5 Kg of rice for Spring Festival and as big as a reimbursement for your rent, transportation within China (even taxis), health insurance, VISA fees and one international return ticket flight per year.

Finally, I want to share a cool tool with you. It's called the Cost of Living Index and compares the cost of living in any two cities in the world.

So, if you live in New York City and want to move to Chengdu, you can compare the cost of living of the two cities and get a general idea of what to expect. Here's the answer : the cost of living in New York City (United States) is 104% more expensive than in Chengdu (China). You'll also get a breakdown of the costs (food, housing, clothes, transportation, personal care, entertainment).

The interesting point is that the database used to compare the prices within two cities is built by the readers, so prices should be quite accurate.

0 responses on "Live in China: The cost of living in China"