Google plans a return to China with its censored app store 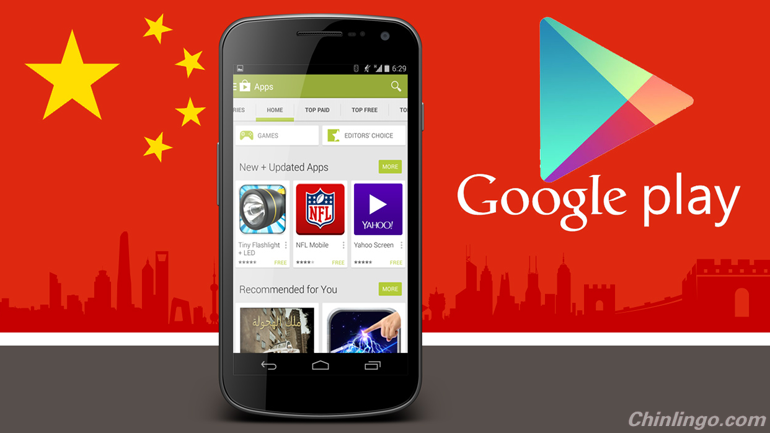 The Information reported on Friday that Google is close to returning to mainland China as a provider of consumer Web services. Specifically, Google hopes to launch a version of its Play store for mobile apps as early as this fall.

The story, which is rich with details, said that "Google has extensive plans for how it will architect and run the store locally and has partnerships in place with specific Chinese companies to do so." The article also delved into Google's plans to extend the Android Wear operating system for mobile devices in China.

Google has always had a love-hate relationship with China, which forced it to censor search results. In 2010, Google famously pulled its search engine out of the country, after it was a victim of a cyberattack it said came from the Chinese government.

But Google's desire to return to China in some capacity has not been a secret. In February, Sundar Pichai, who is poised to become CEO of Google following a restructuring of the company, made that desire explicit in an interview.

"China is obviously one of the biggest markets out there," Pichai told Forbes. "Android is powering a lot of innovation in China. That's important to me. It would be a privilege to serve Chinese users. We obviously have had a set of issues in the past, but we also see opportunities. We have seen a lot of interest from Chinese developers on Google Play, because the extent to which Android is used. We see those as opportunities ahead. If we can figure out a model by which we can serve those users, it would be a privilege to do so. So I don't think of China as a black hole. I see it as a huge opportunity in which we are playing as an enabling platform today and hopefully we have a chance to offer other services in the future."

Clearly, the company has been busy working on its return to China since then. But the exact timing of the arrival of any Play store in China is anyone's guess, according to people with knowledge of Google's plans. The matter is ultimately in the hands of Chinese officials, who have had a fraught relationship with Google. Back in February, Pichai told FORBES that timing of a return was "obviously not" in Google's control. That hasn't changed.

Google is expecting that any return to China will come with criticism for backtracking on or at least softening its stance on censorship. Its Play store there, if and when it opens, will likely not include news or other apps that the Chinese government objects to. But people inside the company see an app store like Play as fundamentally different from Google's search service, which is about providing access to information. App stores are already curated and selective in what they include, and Googlers will more easily stomach restrictions on what apps the company can offer.

Even after the departure of its search engine from mainland China, Google has retained a presence there. The company still has engineering teams there, and its local sales force helps Chinese companies advertise on Google's services globally. The company is also helping to monetize mobile apps through its mobile advertising products.