Not to be missed: Food worth a try in Kashgar, Xinjiang 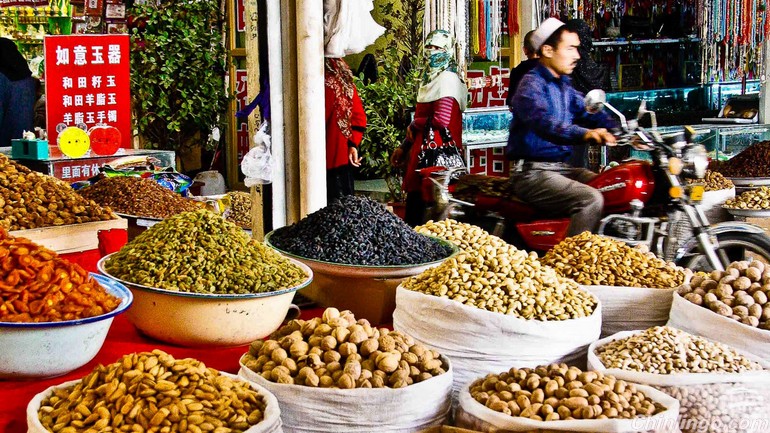 In China's remote far west, Kashgar sits like a punctuation mark between China and Central Asia, along the Silk Road. For two millennia, the oasis city has enticed travelers with labyrinthine alleys filled with the smoke of char-grilled meat, the scent of spice, and the hawker cries of pomegranate vendors. But while it lies in the region of Xinjiang, within China's borders, Kashgar's cuisine shares little with traditional Chinese food.

Instead, it's heavily influenced by the local Uyghur people, a community of Turkic-speaking Muslims. Facing a gallery of sometimes difficult neighbors—Pakistan, Afghanistan, Tibet, India, Tajikistan, and Kyrgyzstan—Kashgar has experienced a turbulent history of outside interference and internal conflict. The Chinese might be the most recent to govern, but Kashgar has been ruled by the Tibetan, Persian, Turkic, and Mongol empires in turn. Thanks to this revolving door of influences, the city's cuisine is a splendid mosaic of Middle Eastern, Central Asian, and Chinese flavors. 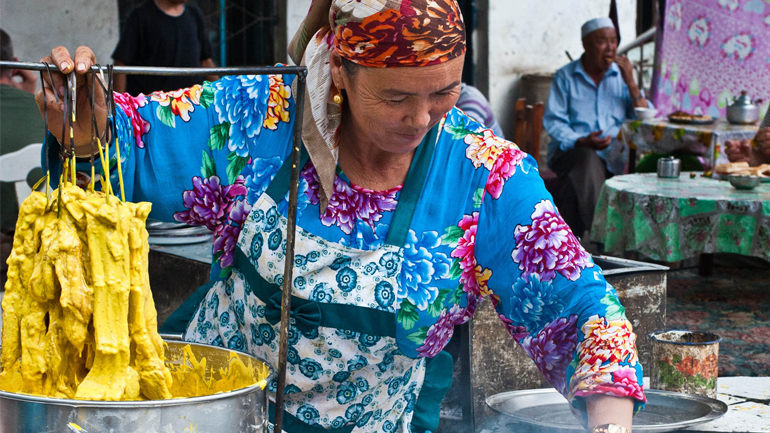 Lamb and mutton feature heavily, either slow-braised or smoke-grilled, and even camel meat is eaten on occasion. Hand-pulled noodles are topped with a rich stew of peppers, tomatoes, and eggplants, and rice pilafs sweetened with local yellow carrots and dried fruits are a popular meal. Bread is an essential, along with black tea fragrant with cardamom, cinnamon, saffron, and rose petals. Uyghurs love sweetness too: dried fruits, nougats, yogurt, milk, cream, and pastries. 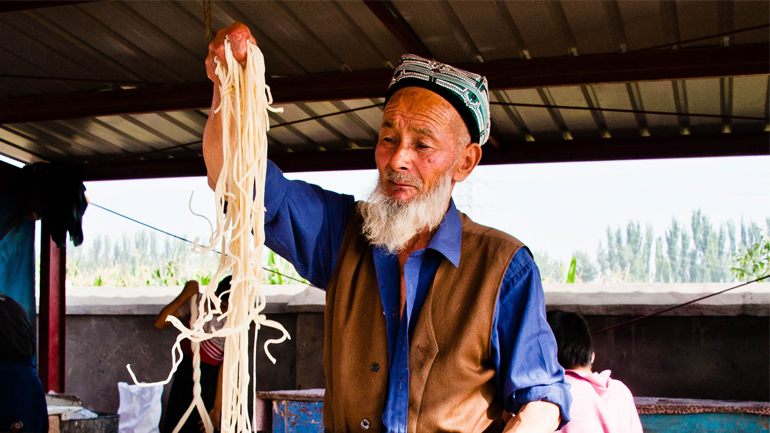 In fact, little about Kashgar's culinary scene has changed for centuries; a walk through the city will take you through traditional bakeries behind the Id Kah mosque (China's largest), into the Sunday Animal Market, the crowded bazaar, and lastly the Old City and its night market. But it's a life Uyghurs believe is under threat as their culture, religion, and cuisine face assimilation into the Chinese mainstream. The food traditions of past centuries live on in Kashgar today, but will they exist tomorrow? Head behind the scenes to visit this ancient city and taste the flavors of the bazaar: saffron-marinated lamb, sweet figs, and the finest hand-pulled noodles. 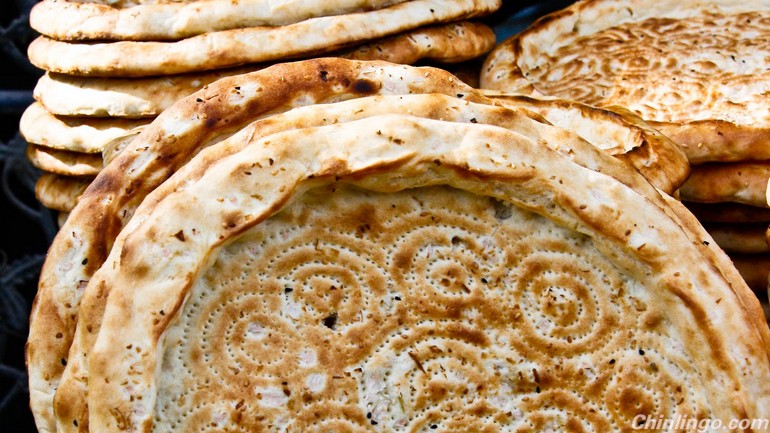 In Kashgar's dimlit dawn, the aroma of wood smoke fills the streets as lines of tonur pit ovens fire up and breadmaking begins for the day. The baker, wearing a green and white embroidered doppa, or Uyghur cap, makes nan bread. He flattens rounds of dough, curls the edges, and stamps a laced pattern of holes with a spiked tool, to help the bread cook evenly.

I watch as he sprinkles it with black onion seeds, sesame, or a flurry of chopped garlic, and stretches the bread onto a curved cushion. He reaches into the depths of the glowing tonur to roll the nan bread onto its walls. A few minutes later, he hands me the clock-sized bread, brown and crisp, and studded with tiny flecks of charcoal from the fire. The next is added to the towering stacks of baked nan outside the shop, waiting for early customers to come from morning prayers at the Id Kah mosque. 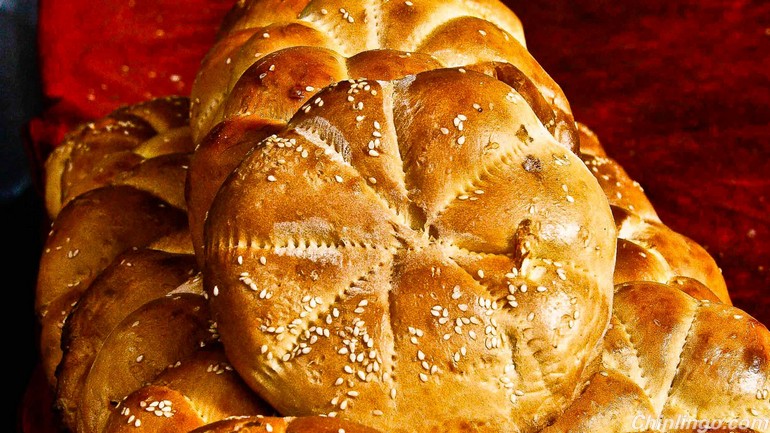 The breads of Kashgar are one of the seven wonders of the culinary world, extraordinary in their variety. There are giant flat rounds of hemek nan, typical of Kashgar; smaller rounds of thicker Turpan nan topped with onion and black nigella seeds; and small fat bagels, gizhder, shining and sprinkled with sesame seeds. The hemek nan tastes every bit as good as it looks, all warm buttery crust with flecks of salt and sweet onion, and steam rises with every bite. 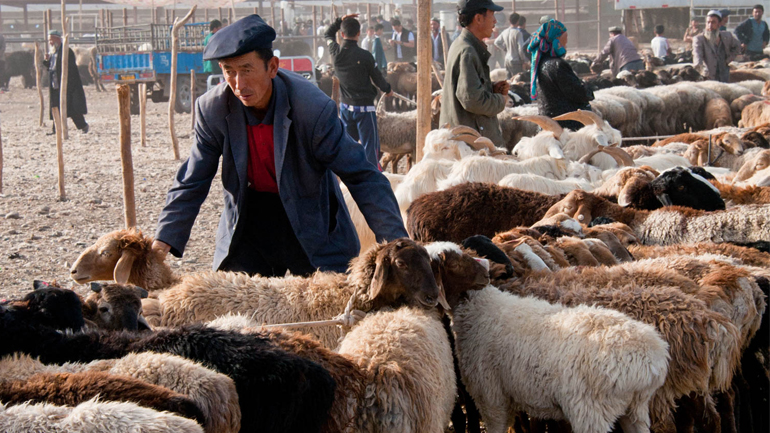 Once I have my morning bread in hand, it's a ride to the Sunday Animal Market on the outskirts of town. You know you're in the right place when you spot masses of bleating sheep, goats, yaks, camels, donkeys and horses converge on a golden arched gateway. Inside the walled yard is barely-controlled chaos. A thousand beasts protest their proximity to other beasts by snorting, braying, kicking, biting, and running away, held back by rope tethers and sheer luck. Occasionally one gets loose and creates a magnificent drama as traders scatter while the hapless owner tries to recapture the animal. 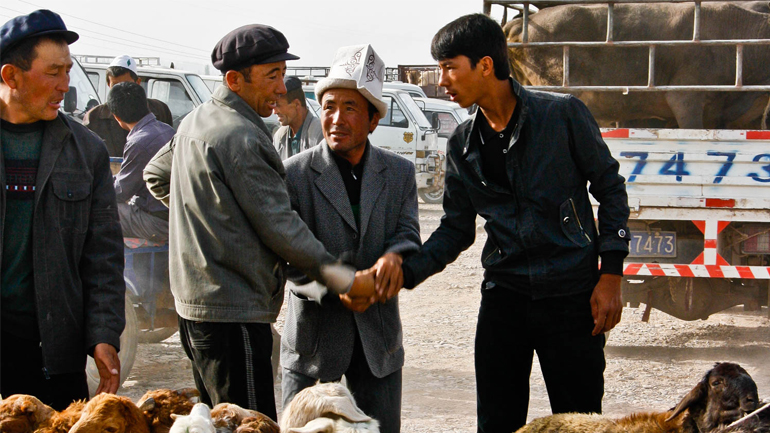 Buying and selling livestock is men's business and besides myself, there are few women present. Uyghur, Tajik, and Kyrgyz traders, each in characteristic hats, make secret deals in which no money visibly changes hands. Like stockbrokers working the stock exchange, I'm told some buyers spend the whole day buying and selling repeatedly to make a margin on the sale; sometimes it works, sometimes it doesn't. 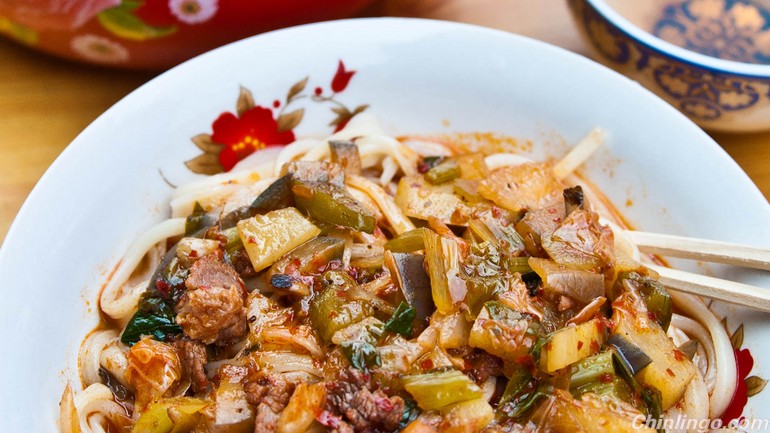 Although it may appear that the main business of the market is yaks and sheep, I can assure you it's actually breakfast. Wrangling beasts is hungry work and around the yard's perimeter cooks are turning out bowl after bowl of laghman, Uyghur-style hand-pulled noodles topped with a rich vegetable ragout of peppers, eggplant, onion, garlic, and tomato. 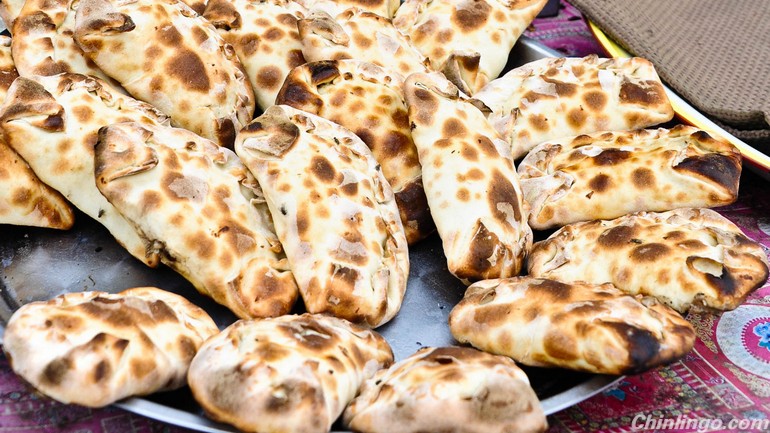 The other popular breakfast food is samsa. In Kashgar, there are constant linguistic reminders that the Xinjiang region shares much in common with central Asia, including the name of these spiced lamb and onion parcels cooked in the tall tonur oven. The heat blisters and crisps the outside, while the inside is meltingly soft. Known as samosa in India, sambosa in Afghanistan, sambusa in Iran, andsamsa in Pakistan, samsas are a perfect snack, while larger versions known askumach are an entire meal. 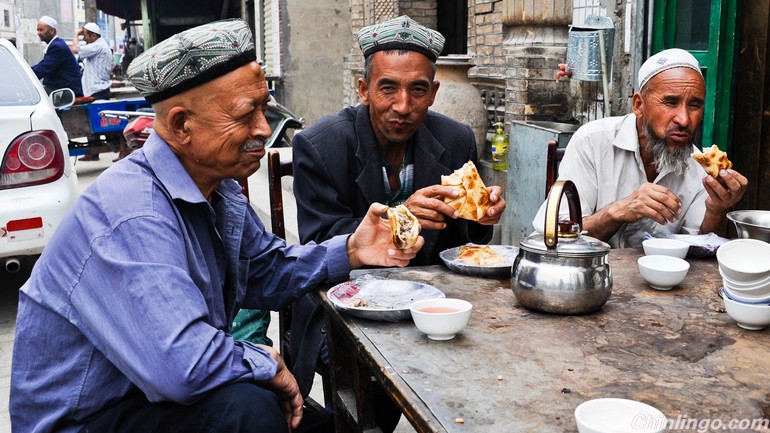 0 responses on "Not to be missed: Food worth a try in Kashgar, Xinjiang"