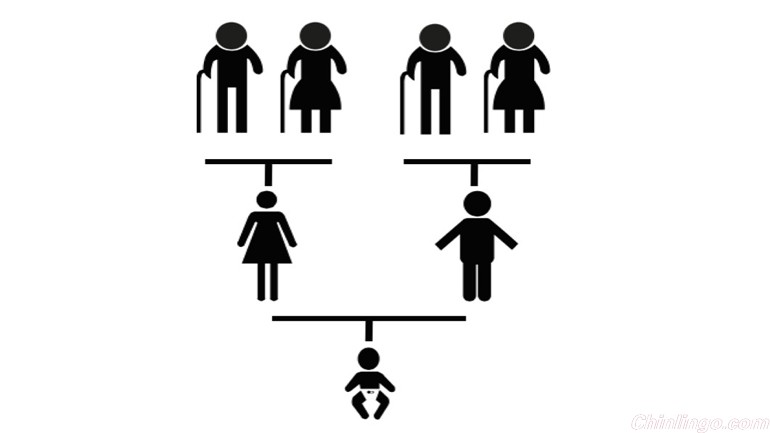 Here we go again. It's a cold winter Monday morning in Beijing, and I'm standing quietly watching my young son, Hong Yuan, get dressed by his grandmother. Despite the chill in the air, she is, as always, getting carried away with the number of layers she puts on him. Six pairs of pants at once are too many! But she forces each one around his legs until she is finally satisfied that he will be safe from the elements. Not only does he look ridiculous, but he can barely walk across the room for breakfast.

Hong Yuan and I leave the house together shortly afterward, and he waddles beside me with an uncomfortable gait. As we turn the corner from our apartment building, Hong Yuan stops by the side of the road. He knows the drill: Without saying a word, I take three pairs of the pants off of him and stuff them in the deliberately half-empty bag slung over my shoulder. I will have to put them back on before we return home that night, so that Grandma is none the wiser. But for now, Hong Yuan can walk freely.

Every day, it's a battle.

It all started five years ago, when my husband and I decided to have our first child. We thought long and hard about what it would inevitably mean: inviting not just one but threenew people into our home. Like so many other Chinese couples of our generation, starting our own family also meant opening our home to his, or my, parents.

Soon after I got pregnant, my husband's parents upped sticks from their native Hubei and moved into our cramped maze of a two-bedroom apartment in central Beijing. It was, in truth, a bigger shock than the arrival of our son several months later. As with most young mothers in China, the inclusion of my in-laws in raising my child was not a choice. Had we resisted, my husband and I would've been seen as shirking our responsibilities to our families. All four of us would lose face.

I had hoped their role would be more akin to a babysitter's, but it quickly became clear that they wanted as much say in my son's upbringing as his mother. Rules I put in place would be argued about to death or flat-out ignored. I sought to instill in Hong Yuan a sense of responsibility and accountability. My in-laws' focus was on keeping him happy at almost any cost. As in many households across China, rural or urban, I was left facing the reality that my son would grow up with essentially two sets of parents — who have completely contradictory views on parenting.

In the early years, I tried to confront my mother-in-law on trivial matters — clothing, diet, reward and punishment systems. It was a futile exercise. I slowly adopted much more subtle and subversive ways of influencing my own son's upbringing: I'd take snacks out of the house so they wouldn't go behind my back after I'd said no; I'd have long conversations with him about behavior away from the house.

Soon after his second birthday, I decided to send Hong Yuan to the school where I work, to limit the amount of time he spends under his grandparents' care. I didn't even discuss it with them.

That night, as my mother-in-law tidied up the kitchen and my husband enjoyed the last of their baijiu, I told them the news: I had enrolled Hong Yuan in school. "No, you have not," said my mother-in-law. "Too young," my father-in-law chimed in. Throughout the ensuing argument, my husband sat silently, not wanting to take sides. My in-laws stormed into their bedroom, slamming the flimsy door behind them.

For the first few months of school, Hong Yuan was ferried back and forth by his grandparents. Often, though, they would refuse to take him and instead keep him home all day. Eventually, they told me they would have nothing to do with getting him to school each day. It was my decision to send him there, so the workload would fall on me. Fine.

Now, I happily pick up Hong Yuan from school. We walk home together. And, always, we stop at our corner and I pull on his extra pairs of pants. He struggles up the stairs to our apartment, where Grandma and Grandpa await his tales from the day. I hang up my half-empty bag and secretly celebrate my small victories in the battle to be a mother to my own son.