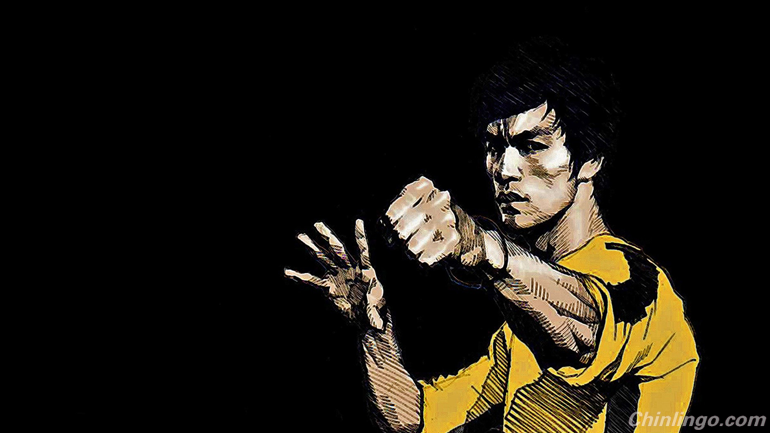 When the word 'kungfu' is mentioned, the first thing people think of is kungfu movies, scenes of great kungfu masters leaping onto roofs and over walls. Kungfu is also wushu (martial arts). People came to know about and become familiar with Chinese kungfu in the 70's of last century through the kungfu movies of Bruce Lee. In his opus consisting of films too few in number, through his graceful performances he conquered fans in every country and he also caused the whole world to begin to get to know the spirit of kungfu and martial arts.

Bruce Lee was not only a hero with great talent in movies; he was also a martial arts master in real life. He grew up in San Francisco in California in the U.S. and started studying martial arts at the age of ten. When he was at university he opened a martial arts academy and took in students keen on martial arts and passed on skills in Chinese martial arts. He actively had interchange with practitioners of every school of martial arts and absorbed the strong points of other schools of martial arts and created 'jeet kun do'. 'Jeet kun do' fuses traditional Chinese Taoist ideology and advocates a high degree of flexibility in fighting.

It's unfortunate that this martial arts master passed away due to an illness in 1973 at the age of only 32. Over 20,000 of his fans spontaneously attended his funeral. His sudden death caused kungfu films to sink to a low right up until the 80s and 90s until the appearance of Jet Lee and Jackie Chan who were to become world famous kungfu stars.

Although Bruce Lee's life was short his martial arts philosophy made a deep and far reaching contribution to Chinese martial arts. His graceful screen image will forever live in the hearts of fans all over the world.