Chinese leftover women in the lens: they are more eager for love than husband 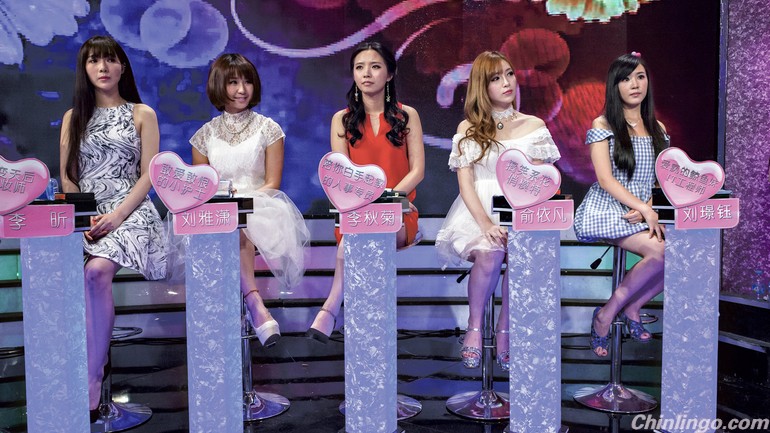 Thousands of women living in Beijing and Shanghai, who are considered "shengnu" — leftover women — a term widely used by society and the state-run media when referring to unmarried women past the age of 27. Though many single women have recently begun to push back on the term, traditional attitudes among China's older generation still prevail: Get married young or risk becoming unwanted goods.

Chen Xin's life has all the trappings of success. At 32, she makes a comfortable salary as a researcher at a nongovernmental organization in Beijing, travels several times a year, lectures on climate issues and has an active social life.

But the few times Ms. Chen visits her parents in her hometown, Quzhou, they're not interested in hearing about her latest adventures. It's her love life — or lack of one — they prefer to discuss.

Klaudia Lech, a photographer based in Oslo, was researching women's rights in China, when she noticed articles popping up online about the plight of these women. There are 20 million more men under the age of 30 than women in China, according to official news reports, yet many unmarried men work as farmers in rural villages and have little income. And because it's traditional for husbands to make more than their wives, high earning women, like Ms. Chen, have to compete for the attentions of a smaller pool of eligible bachelors who live in the city.

Ms. Lech, 24, said she was baffled by the frequent news reports, especially since they didn't humanize the women behind the numbers. They were missing a sense of who these women were, and how they were experiencing single life.

"It wasn't reportage; it wasn't personal," she said. "It was statistics. I felt the word ‘shengnu' was really offensive, and I couldn't understand how women could be called leftover and be O.K. with that."

Before traveling to Shanghai early last year, Ms. Lech mined Chinese dating sites looking for successful single women who would allow her to document their daily lives. She traveled to Beijing and spent several months living with many of the women she found online and received a grant from Lens Magazine China to continue documenting the story.

The women she followed ranged in professions and interests, each with their own personal narrative about the single life. Zhu Chi, a 34-year-old television host, told Ms. Lech that she didn't want to compromise on a husband less successful than she was. Zhu Meiting, 29, an English teacher in Beijing, said she often lied to her family members about her dating life so they would stop setting her up on blind dates.

Sabrina Wei, a 36-year-old entrepreneur, told Ms. Lech that she dated only foreign men who wouldn't judge her because of her age.

"They go out, they eat dinner with friends, they do yoga, they even travel abroad," Ms. Lech said. "They have the lifestyle, so they don't really need to marry into this."

To her surprise, Ms. Lech said, many of the women she spoke to didn't mind being called shengnu, rather it was the pressure to be married from their parents and family members that caused the most stress.

When she traveled home with Ms. Chen, her mother was initially furious with her daughter for allowing Ms. Lech to document her life.

"The mother was afraid she would bring shame to her and her neighbors because she was showing the whole world she was not married," Ms. Lech said. "Even though she's a successful woman, she would come back home and be nothing in her mother's eyes because she is a single woman."

The mother eventually eased into the idea of Ms. Lech's project, and Ms. Lech continued to follow Ms. Chen and her family, including her two older siblings who were already married and had children.

Traditionally, parents in China have played a major role in their children's married lives, even seeking potential partners at marriage markets. Every weekend, parents from the outskirts of Shanghai gather at the People's Park and post brief ads for their single children. The ads, written in Chinese, are typically straightforward —Good cook. Likes to read. Age: 29.

Missing from those ads were any sentiments of a deeper connection, Ms. Lech said, noting that the market felt more like a business exchange than a path to a romantic partnership.

"What they need is love, and their experience is that love is not really something you talk about in China," she said. "You talk about having a responsible husband."

0 responses on "Chinese leftover women in the lens: they are more eager for love than husband"