Things you might be ignorant about Laozi in China 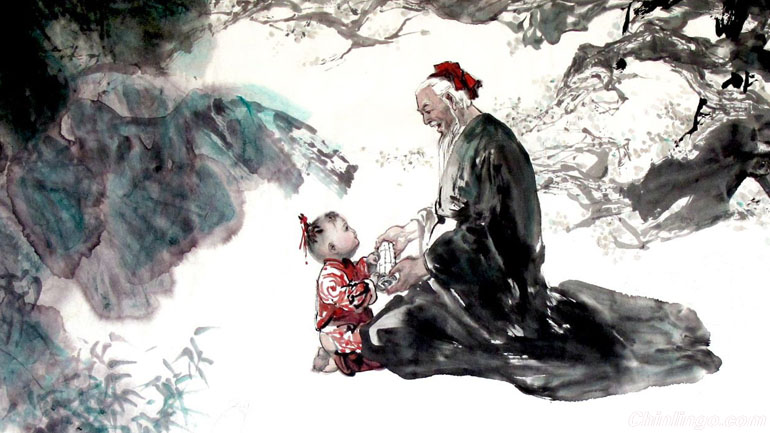 Lao Tzu (Laozi 老子) was a natural mystic, an elusive free spirit who saw humanity & nature together as part of the Way. He believed those who understand their innate connection with the whole would never act out of narrow self-interest.

Laozi's  道德经 (dàodéjīng) cautioned against many of the self-improvement rituals later embraced by the Confucians. Our ability to think rationally and "control" our destiny, in Laozi's eyes, is what gets us into trouble. It's not the natural disasters that set us back. Our worst catastrophes are man-made.

1. The dao seems nonsensical, yet it makes perfect sense.

The dao has been described in many ways: the source or root of all things, spontaneous and instinctive, intuitive not logical, our innermost nature, the formless form, or simply "the Way." One can "know and be not knowing" or "do non-doing" without setting off any logical alarm bells.

Those less constrained by convention might say the dao is our evolving universal consciousness, the holographic harmony of both inner and outer, or even ‘God' (minus the old man with the gray beard) though Laozi would laugh at these comparisons. There was no place in his existential paradigm for anthropomorphic divine beings. In fact, he considered humans as just ordinary elements in the universal ocean of the dao.

Laozi recognized that all force eventually defeats itself. When someone tries to impose his will on others, the result is the opposite of what he intends. From weakness comes power. This is the logic behind wu wei, or non-doing. The nonviolent resistance of Mandela, Gandhi and Martin Luther King is pure dao – inaction in action.

Excessive desires are our fundamental problem, and when pursued, lead to unhappiness, alienation and misfortune. The desires themselves aren't bad; it's the obsessive quest for wealth, beauty, power or status that pushes us out of harmony with the dao. The underlying philosophical notion is that by overvaluing a quality, we bring into being its opposite. To identify ‘good' implies there must be ‘evil' and a fixation on ‘beauty' may lead one to feel ‘ugly.' When good strives to be good, it is no good. In other words, it is we who complicate things.

3. Laozi may have been a mythic figure.

That's right, historians aren't in full agreement about whether or not he was a real person or a fusion of legendary stories. Laozi is credited with the Daodejing but no true Daoist would ever claim this masterwork as his own, let alone pursue fame and fortune.