What is Chinese calligraphy and how to learn it 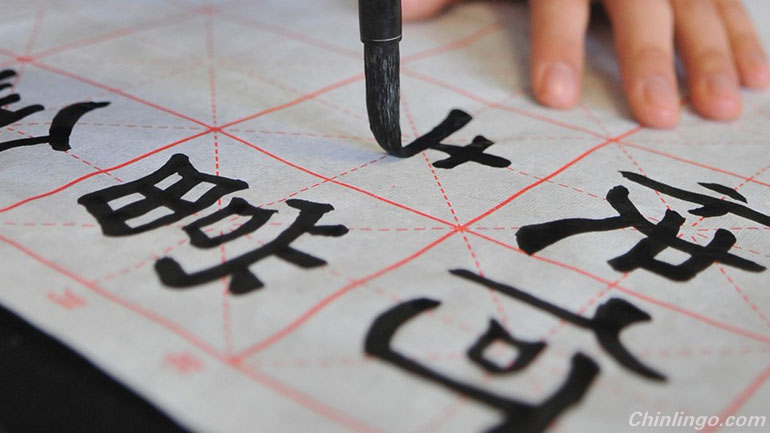 There are many styles and types of characters in use today. One of the oldest is 楷书 (kǎishū) "regular script" and it's probably the font used in your Chinese textbook. In other printed materials and in many digital environments, Ming or Song fonts are also common. They are based on the regular script, but has some other characteristics, such as thicker vertical strokes and serifs instead of the thicker stroke-endings in regular script, which makes them suitable for smaller print such as in books and newspapers.

Then there are semi-cursive and cursive variants. In the former, semi-cursive 行书 (xíngshū), strokes are joined together and the writing becomes more fluid, somewhat like cursive writing in Western languages. This style is still readable without special training and close to what many native speakers use in handwriting, when it's simply to annoying to have to write all strokes separately. This style is common in calligraphy.

The cursive script (草书-cǎoshū) is often unreadable for the untrained student, including most foreigners.

Although it might look like they are just random strokes with little or no resemblance to the full character, that's of course not the case. There are standard ways of writing these characters and calligraphers are also well aware of how different characters have been written by famous calligraphers throughout history. Cursive script is sometimes also called "grass script" based on the Chinese name and mostly appears in calligraphy rather than normal writing.

As a student of Mandarin, it's a good idea to learn some calligraphy, not because it will be useful, but because it's an important part of Chinese culture and something that is hard to understand and appreciate if you've never tried it yourself. Some people also find writing calligraphy to be meditative and relaxing.

If you're new to the Chinese language, you face a double challenge. First, you are not really familiar with what characters look like and how they are written. For most learners, just writing decent characters with a pencil on paper is hard! Second, you need to learn how to use a brush to write characters. When you write characters with a pencil, you don't need to worry about stroke thickness since all strokes are the same. Not so with a brush. The harder you push, the thicker the stroke. This means that there is a whole range of new mistakes you can make! Not to mention ways a character can become unpleasant to look like.

If you want to try calligraphy, try to find a teacher who understands that you just want to have some fun and explore the art, perhaps someone who has taught foreigners before. If you don't, you might end up writing dots (the simplest stroke) for hours and then quit out of boredom. This is not done to be mean. It's just that if you want to write well, you need to master the basics first. However, mastering the basics in any activity is seldom the most fun part, so spending too much time there tells you little about what calligraphy is about and can also be astoundingly boring.